Airport public-private partnerships: they’ve been a long time coming, but the time is now 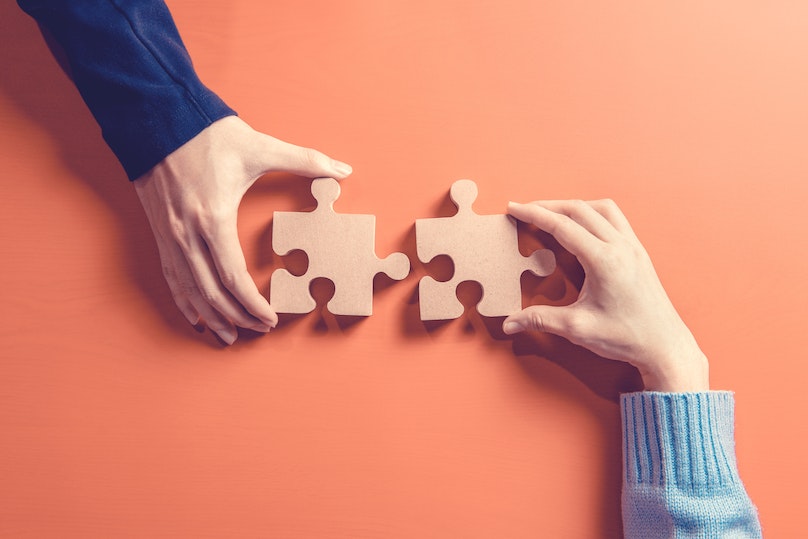 Politics may be polarized in the US, but there is one rare point of consensus. Commentators from across the ideological spectrum agree that development and rehabilitation of our infrastructure are long overdue, and that the public resources to fund it are limited. Not even the Biden Administration infrastructure plan under discussion in Washington alters these fundamentals.

Even though the US has been pushing for improved infrastructure for years, the public sector alone has not been able to deliver this change. Could public-private partnerships (commonly known as P3s) get the excavators moving again? Although the application of P3s in the US has been spotty, misconstrued and uneven, those partnerships could be instrumental in modernizing infrastructure networks across the country.

And chief among them, our aging and relatively uncompetitive airports.

History of P3s in the US

Public-private partnerships for large US infrastructure projects came to the fore in 2005 when private operators bid for the long-term concession for the Chicago Skyway bridge. A Cintra/Macquarie consortium was selected to operate and maintain this 7.8-mile elevated toll-road bridge.

The success of this flagship project inspired a flurry of P3 activity in the years that followed. It looked as if P3s could become a viable solution to the constant shortage of public funds for infrastructure. For several US states, P3s were a way to ease the chronic economic burden associated with building, developing, maintaining and rehabilitating state infrastructure.

Several states engaged in meaningful P3 activity early on. These were mostly brownfield projects in which a private party took on the operation and maintenance—and sometimes the expansion or refurbishment—of a pre-existing infrastructure asset.

The initial flurry was short-lived. The 2008 financial crisis led to the shelving or cancellation of various projects. But as soon as the economy recovered, P3s started to bounce back. This time the focus was on greenfield projects, in which the private party commits to the design, building, and development of new infrastructure, and to its subsequent operation and maintenance.

During this second stage of P3 development, inconsistent political support, combined with a fundamental lack of understanding of the P3 model, resulted in several high-end project failures.

But even during these testing times, P3s continued to prove their resiliency.

Indiana’s Main Street of the Midwest toll-road project is a good example. The toll road was originally leased in 2006 to a private operator in a deal worth $3.8 billion. The 2008 economic crisis changed everything. A significant decline in truck traffic and revenues constrained and adversely impacted the capital structure of the project and eventually led to the bankruptcy of the private operator. Despite this initial setback, a new operator took over the asset for approximately $5.7 billion without any material impact on the service to the public or any additional financial support from the state.

During this time, public-private partnerships for airport-related projects seemed poised for success. Probably because everyone knows that our airports are a seriously underinvested and outdated sub-class of infrastructure, in which the potential for improvements to service quality and passenger experience is huge. Also, politicians and the public are much more likely to support a greenfield project that does not lead to increased costs for the state or its citizens.

Despite the good signs, uptake is still slow. Public sector alone has not been able to bring the much-needed renewal and improvement; a collaboration with private investors could help airport managers to achieve this. Private investors provide funds, experience and know how to support airport managers in transformational projects. They also help to absorb and mitigate part of the risks involved in these projects. In addition, public-private partnerships bring a more flexible and agile regulation to the airport management team than the one applicable to municipally owned assets. However, we have not yet seen the frequent and frictionless collaboration between public and private parties that would upgrade our airports to a standard comparable to those in Europe and Asia.

Since everyone benefits from an improved airport, there is a strong case for local governments and airport authorities to reassess their reluctance to bring in private investors and operators. Politicians and policymakers need to look at the upside of a resurgent airport—the broader connectivity, the increase in jobs and economic activity, and the volume of new investors attracted to the region. A partnership would enable airport management teams to adapt their airport to modern business and tourism demands and give the local economy a boost. The alternative may be continued stagnation.

There have been notable successes for those who tried. P3s have given Puerto Rico’s Luis Muñoz Marín International Airport and New York’s LaGuardia Airport superb new terminals with higher passenger satisfaction ratings. At the same time, there have been some failures: projects weighed down by political contradictions, short-term impulses, and a widespread misunderstanding of the P3 model. Since few people understand the advantages of P3s as an infrastructure delivery tool—the way it promotes innovation, spreads and mitigates risk, and makes costs and timing more certain—the model is not implemented as often as it should.

Nevertheless, there is momentum here in the US to adopt airport related P3s. Interest is growing in the FAA’s Airport Investment Partnership Program, while in New York, California, Illinois, Texas, Florida, and other states, many more potential new projects may be coming on stream.

Passengers are definitely rooting for change. Both business and leisure travellers want a better passenger experience with quicker security checkpoints, improved food and beverage offerings, enhanced parking facilities, and the general convenience of a modern terminal. Passengers also expect overall shorter waiting periods and technological services that combine travel with e-commerce. This is the type of technology that would let them plan ahead by, for example, reserving meals at the terminal or ordering gifts and travel essentials for collection when they arrive.

The skills and the know-how to provide these services are already out there. Leading private airport operators can give airport management teams the resources they need to modernize. The private operators provide the funds, the experience, and the technology to the current airport management teams to upgrade services, build the infrastructure, and train the airport teams to maximize their resources. This is the kind of partnership that can transform an airport’s passenger experience and service offer. Private operators apply tried-and-tested innovation and training programs developed through their knowledge and experience of other airports. They have the capital to finance new programs, and the skills to successfully implement airport change.

Private operators often bring to airport managers a more effective and agile management framework to an airport. The contractual frameworks of a public-private partnership

are typically more flexible than those of the rigid regulations which apply to the governmental agency that previously ran the airport. The rules and approvals applicable to governments apply to, for example, the procurement of commercial tenants and suppliers, and they tend to be more rigid and prescriptive. This tends to make their contracts much less responsive to the ever-evolving commercial needs of a fast-moving airport.

For all these reasons, the public sector has often struggled to deliver the transformation our airports need. But change can come, as it already has for the best airports in Europe, Asia, and Australia. By cooperating with private investors and operators, the public sector can achieve the common goal of first-class passenger service in a showcase modern airport.

Improved connectivity, increases in jobs and economic activity, and the increases in volume of new investors attracted to the region are reasons to accelerate change through public-private partnerships. In addition, private investors bring experience in complex transformational projects and can also absorb some of the risks related to them.

After all the hard work and the hard-won lessons of the last decade, it’s time to take a fresh look at P3s. The maturity of the nation’s airport related P3s shows how successful these partnerships can be.

What better moment could there be for airport managers and state officials to think outside the box? Right now, when air traffic is at an all-time low and state coffers are under even greater stress, is the time to engage in conversations with experienced private operators. Put simply, the public sector cannot do this alone. Airport transformation requires the participation of the private sector.

The past year has shown us a new market reality. In a post-pandemic world, airport infrastructure and processes need urgent redevelopment. Next-generation terminals will be flexible structures that adapt to increases and (temporary) decreases in demand. They will be health-driven environments providing a touchless and seamless journey enabled through biometrics. And of course, they must be zero-carbon from inception. The use of big data analysis and digital twins is already turning these concepts into reality at airports seeking to adopt a resilient, future-proof business model.

The time is right for change. We are in the early stages of a presidency in which bi-partisan support for a nationwide infrastructure investment program could become a reality. This is a unique window of opportunity for politicians and policymakers with the power to drive far-reaching public-private airport-transformation projects. By collaborating with the private sector, they can boost regional competitiveness through new or refurbished airport infrastructures.

A P3 is the low-risk, high-reward approach: it transfers the development and traffic risks to the private party, while benefiting from the private party’s know-how. A P3 is the easiest and surest way to take an outdated airport into the 21st century.