Algorithmic Justice League and the Poet of Code: fighting bias with algorithms 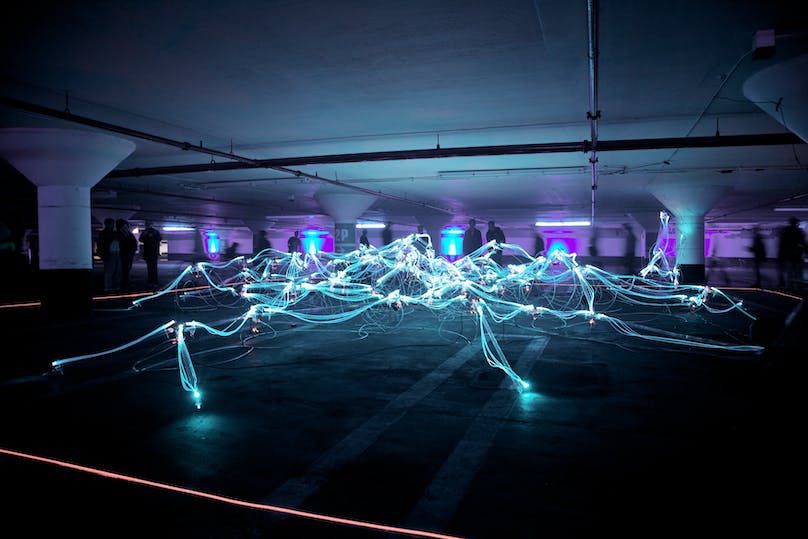 Joy Buolamwini is a poet of code on a mission to show compassion through computation. As a graduate researcher at the MIT Media Lab, she leads the Algorithmic Justice League to fight coded bias. Her research explores the intersection of social impact technology and inclusion. In support of this work, Buolamwini was awarded a grant as the Grand Prize winner of a national contest inspired by the critically acclaimed film Hidden Figures, based on the book by Margot Lee Shetterly.

What inspired you to set up the Algorithmic Justice League?

As a technologist, I have always been hopeful about the potential of artificial intelligence to improve the lives of individuals around world. However, my personal experiences with using computer vision software powered by machine learning, one of the most popular approaches to artificial intelligence, gave me first hand knowledge about the weaknesses of existing AI. While working on a smart mirror project, I found my face was not detected until I covered my dark skin with a white mask. Coding in a white mask revealed to me that new technologies are anything but neutral. I began to study how algorithmic decision making can lead to individual and collective harms that extended beyond the issues with facial analysis technology. When algorithms increasingly govern economic opportunity relating to employment and financing, who could fall through the cracks? If incorrect and biased decision are made, how can an individual even voice a concern when most AI processes are largely hidden from the public. I started the Algorithmic Justice League to fight “The Coded Gaze”, my term for harmful bias that can be embedded in technology. The Algorithmic Justice League endeavors to increase public and industry awareness of bias in artificial intelligence while establishing tools and processes to create more ethical and inclusive AI when appropriate.

Who are your heros?

My heros are the teachers and coaches I’ve had throughout my life who expanded my way of seeing the world and encouraged me to dream ever bolder dreams.

Why is algorithmic bias so important to any firms with any digital platform – such as asset or wealth managers?

The inadvertent negligence that leads to algorithmic bias will cripple the age of automation and further exacerbate inequality if left to fester. The deeper we dig, the more remnants of bias we will find in our technology. We cannot afford to look away this time, because the stakes are simply too high. We risk losing the gains made with the civil rights movement and women's movement under the false assumption of machine neutrality. Automated systems are not inherently neutral. They reflect the priorities, preferences, and prejudices—the coded gaze—of those who have the power to mold artificial intelligence. Asset managers who endeavor to incorporate AI into their practice must be keenly aware of and actively mitigate the skews,assumptions, and redundant encodings in the data and decision-making models they develop or acquire.

How can firms assess to what extent they have algorithmic bias?

One way to assess for algorithmic bias risk  internally is to do a data audit. What kind of data are you collecting for algorithmic decision making, and does this data contain redundant encodings - variables that are highly correlated with protected classes? Whose data are you collecting? What are the demographic breakdowns within your data sources? Who is well represented and who is underrepresented. Another way to assess for algorithmic bias risk is to interrogate any external systems that are incorporated into a decision making pipeline. If you acquire AI models from third party vendors, have your vendors benchmarked their systems performance on diverse populations in real world scenarios? Any vendor that claims to have bias free technology because they do not explicitly look at variables like gender or race when making decisions poses a risk. Not analyzing models for gender,racial, or socioeconomic skews does not remove bias, instead it masks potential problems. The firms that effectively use AI will be the ones that are intentional about full spectrum inclusion during the design, development, and deployment of their automated decision making systems.

If you were not the “Poet of Code” what other type of artist or creative would you be?

As a former athlete and student of movement, I enjoy exploring the possibilities of my body. I am interested in the poetry of motion, so in another life I could envision myself as a dancer.

What is your next big idea?

I am currently exploring the concept of “Game of Tones” - product testing for inclusion. How might we change the ways in which we assess the success of AI powered products or services by accounting for the extent to which they include or exclude different members of society?

What makes the MIT Media Lab such a hotbed of innovation?

The financial structure that supports the Media Lab enables researchers to explore ideas that do not have to be explicitly tied to the priorities of the consortium funders. This freedom enables the principal investigators, research scientists, and students to explore ideas that others might deem too risky , impractical, or far reaching. The genesis for the Algorithmic Justice League came from a series of Media Lab art projects I was working on where the computer vision technology I was using continued to fail me. Had I not had the freedom to try to implement ideas like painting walls with smiles or projecting lions unto my mirrored reflections, I may have never started the Algorithmic Justice League.

Where is your favourite place in the world and why?

I don’t have a favourite place per se, but I do have places that have changed who I am, because of the time in which I found myself there. Here is a poem about one such place:

“Free at last, returning to the States only to discover the place I was so eager to leave could not so easily fall away. Oxford clings to me like the lingering smell of lavender powder, reminding me that I am forever changed for having said yes to the fabled dreaming spires.. Here I found authentic friends sharing the bliss of leaving it all on the dance floor. Here I renewed my strength to fight for change and open gates of opportunities to others. Here I found inspiration to embrace the artist within. Here I learned the greatest legacy is the imprints of our love.” - Poet of Code