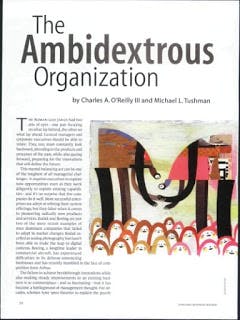 Due to legal restrictions, the product discussed in this post is not offered in the states of Alabama, Georgia, Idaho, Iowa, Missouri, New Hampshire, North Carolina, Ohio, Oregon, South Carolina, Washington, or West Virginia. I don't think this precludes anyone from reading about it though.

In contrast to the egalitarian nature of the BuyABeerCompany crowdsourcing initiative I wrote about a couple weeks ago, I turn my attention this week to another fermented delight with seemingly more elitist overtones ' Samuel Adams Utopias'. I must admit I haven't been able to justify the $150 per bottle suggested retail selling price (nor the inflated actual selling price of $200 plus by most accounts) and thus have not had the pleasure of tasting this particular offering. I wondered therefore for a brief moment whether I should abandon this post. Perhaps I'm not qualified to comment on a product I've not experienced. But then I realized I'm not really espousing the gustatory virtues of the libation itself, but rather some of the unique elements of innovation behind the offering. Tom Wolfe didn't drink the Kool-Aid (or at least he claims not to have done so all that often). Stephen King never killed anybody (as far as I know). And Stephenie Meyer never drank anyone's blood. This post really isn't any different. And I will make my observational comments quick. So here goes. Down the hatch I say.

The Boston Beer Company, and its founder Jim Koch in particular, have been pushing the boundaries of product innovation in the beer industry for some time. Different ingredients, different flavors, different levels of alcohol. In a market in which alcohol by volume percentages hover at about five percent, the Boston Beer Company has pushed this standard to new heights.

About 20 years ago Samuel Adams introduced a beer ' the company's second beer I believe after its original Boston Lager ' called Double Bock. This beer - a strong, malty beer based on German Doppelbocks - raised the alcohol by volume (a.b.v.) to 9.5 percent. For anyone looking for an extra little alcoholic oomph in their beer, this seemed respectable enough. But the brewery's first truly experimental beer, the one that started its innovative Extreme Beer tradition (in 1994), was a ruddy black beer called Triple Bock that has drawn comparisons to other more 'refined' beverages. To some, Triple Bock, with an 18 percent a.b.v., tastes more like a spirit.

At the turn of the century, Boston Beer upped the a.b.v. ante again with its Millennium Ale, a rich, oaky malt with 20 percent a.b.v.

And most recently, introduced first in 2001 and appearing every other year since, is Samuel Adams Utopias'. The newest incarnation of this offering, unveiled just a month or two ago, tops out at 27 percent a.b.v. Wow.

Alcohol by volume isn't the end-all, be-all of beer. I don't want to create the impression that this is all that's important. But in a world where the objective of many brewers is simply to mass-produce watered down alcoholic beverages that maintain a head, a.b.v. represents a tangible representation of the breweing process and the overall measurement of quality and innovation. And it's not as if the Extreme Beers sidestep taste. They each have a unique flavor ' from vanilla, citrus, oak, nut, spice, chocolate, and other robust flavors.

With its complexity and sweet, malty flavor, I venture to guess you'll not likely find a more flavorful beer than the Extreme Beer Utopias. But don't be surprised when given an opportunity to drink it if you don't think it actually tastes like beer. It's not carbonated and is meant to be served at room temperature like an after-dinner drink. Some liken it to a deep, rich vintage Port, fine Cognac, or aged Sherry. The prestigious Wine Enthusiast Magazine has even given Utopias its highest recommendation (November, 2003 edition).

At what point might you stop calling it the most innovative beer around, and simply give it its own category name?

Sir Thomas More, in his most famous literary work Utopia, made a distinction between true pleasure, which arises from care of the mind and body, and false pleasure derived from status and appearance. Somehow I can't help think Jim Koch and his team have created a beer that transcends these definitions. The Extreme Beer Utopias is both of mind and body, and status and appearance (not necessarily in a bad way). At $150 (suggested retail) and a limited 15,000 bottle supply, the average Joe Six-pack won't be raising a glass anytime soon I imagine. But that doesn't mean you shouldn't enjoy this beer if you're able. Even if you like drinking alone. Kick back and enjoy an after-dinner beer.

If you've procrastinated this long and are still looking for a holiday gift for the 'ber beer-lover in your life, might I suggest you check out Ebay in hopes you can snag a bottle of the 2009 edition of Utopias beer. Maybe you can have it sent overnight. Or perhaps you can use it as a conversation starter with friends at your New Year's Eve party.