Are the biofouling guidelines sufficient in their current form? Q&A with Theofanis Karayannis 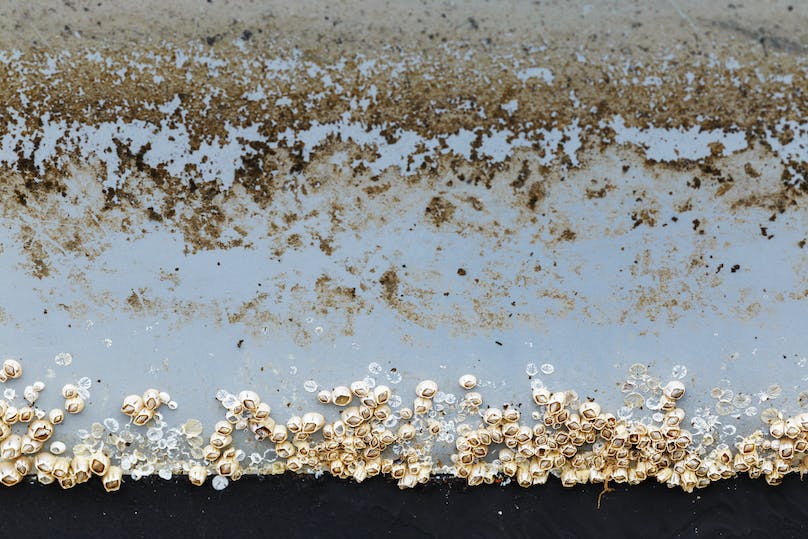 Theofanis Karayannis is the Head of Marine Biosafety at the International Maritime Organisation. KNect365 Maritime caught up with him at the BWMTech conference in London to discuss the upcoming review of the IMO’s biofouling guidelines, and the potential for a mandatory regulatory instrument on biofouling post-2020.

"At least in the next couple of years we will have the outcome of the review of the biofouling guidelines, and that might be an indication of where it goes with regards to a possible new instrument on biofouling."

Is the BWM Convention the first step taken by the IMO to prevent the spread of invasive species? Will we see a new biofouling regulation by 2020?

Ballast water is one of two shipping-related vectors for the transfer of invasive aquatic species. The other one is biofouling, and the research that we are aware of shows that these two vectors are equally important. So at the moment we have the Ballast Water Management Convention that addresses ballast water, but for biofouling, which is the other vector, we don’t have anything like that. We have the Biofouling Guidelines that were put in place by IMO in 2011, but that’s a voluntary guideline and it is true that there is some discussion about whether that should develop to something mandatory like the Ballast Water Management convention.

Of course it is premature to say anything about that now because that is something that is ultimately going to be up to the Member States of the IMO. What I can tell you at the moment is that we have a review of the Biofouling Guidelines that is going to start in 2020, and it’s meant to run for a couple of years. So that review will provide the opportunity for Member States to see whether the Biofouling Guidelines in the current form is a sufficient instrument or not, and if not whether these guidelines can be improved in some way, or be enhanced, and potentially this might even lead to a discussion about some mandatory instrument in the future. That’s something that is not explicitly part of the scope of the review that is starting in 2020.

The official definition of the review is just to check whether the Biofouling Guidelines are sufficient or not, and whether they can be improved. Of course it can be expected that potentially that might lead to discussions about some mandatory instrument on biofouling in the future. Having said that, one other thing to keep in mind is that these processes are rather lengthy, so if this review is done in 2020-2021, and if it is identified that something more needs to be done towards something mandatory, then that would initiate a process towards developing a convention or something like that. That would be a very lengthy process as you’ve seen with the Ballast Water Management Convention, how many years it took for it to be put in place, so something similar might be expected for biofouling. So it is a bit too early to know at the moment if it’s going to go that way, but it is a possibility, and that’s something that we will have to wait and see. At least in the next couple of years we will have the outcome of the review of the Biofouling Guidelines, and that might be an indication of where it goes with regard to a possible new instrument on biofouling.

Does that mean that if the biofouling guidelines are followed, there is no need for a convention?

Yes, that may be part of the review. One of the things that may be looked at is if having the guideline as it stands at the moment as a voluntary instrument, if it is found that it doesn’t get Member States, stakeholders to do something, and that something more than this guideline might be required in order to trigger more action, that could be one of the aspects that are going to form a part of the review.

And I might also add that we did receive a proposal at MEPC 73 from one Member State that a bit more explicitly referred to the possible need for a mandatory instrument on biofouling, but of course, with the review having been agreed to take place from 2020, this proposal was referred to the review to be considered as part of the review together with the overall consideration of all the other aspects. And this aspect about whether action by stakeholders and Member States at the moment is there or not is going to be one of the main aspects of the review, yes.

Is there anything that shipowners should be aware of before the review of the Biofouling Guidelines?

Yes. So the main aspects that are going to be looked at have to do with the efficacy or the sufficiency of the Biofouling Guidelines. So the Biofouling Guidelines address various topics that range from in-water cleaning, inspection and maintenance, to the handling of waste and the effective application of anti-fouling coatings, even the design of the ships themselves when it comes to new buildings, the niche areas on the hull that are more susceptible to biofouling. So all these things are addressed in the guidelines, and if it is felt that these aspects are sufficient then maybe the focus might be more on the actual implementation of these guidelines. But if it is felt that the guidance that is there is itself not sufficient, then that might lead to a kind of broader review or revision of the guideline itself.

Want to find out more about marine biofouling? Join us at the IMO's HQ in London for the inaugural Biofouling Management and Prevention Seminar.