Are we approaching a clash of the market titans? 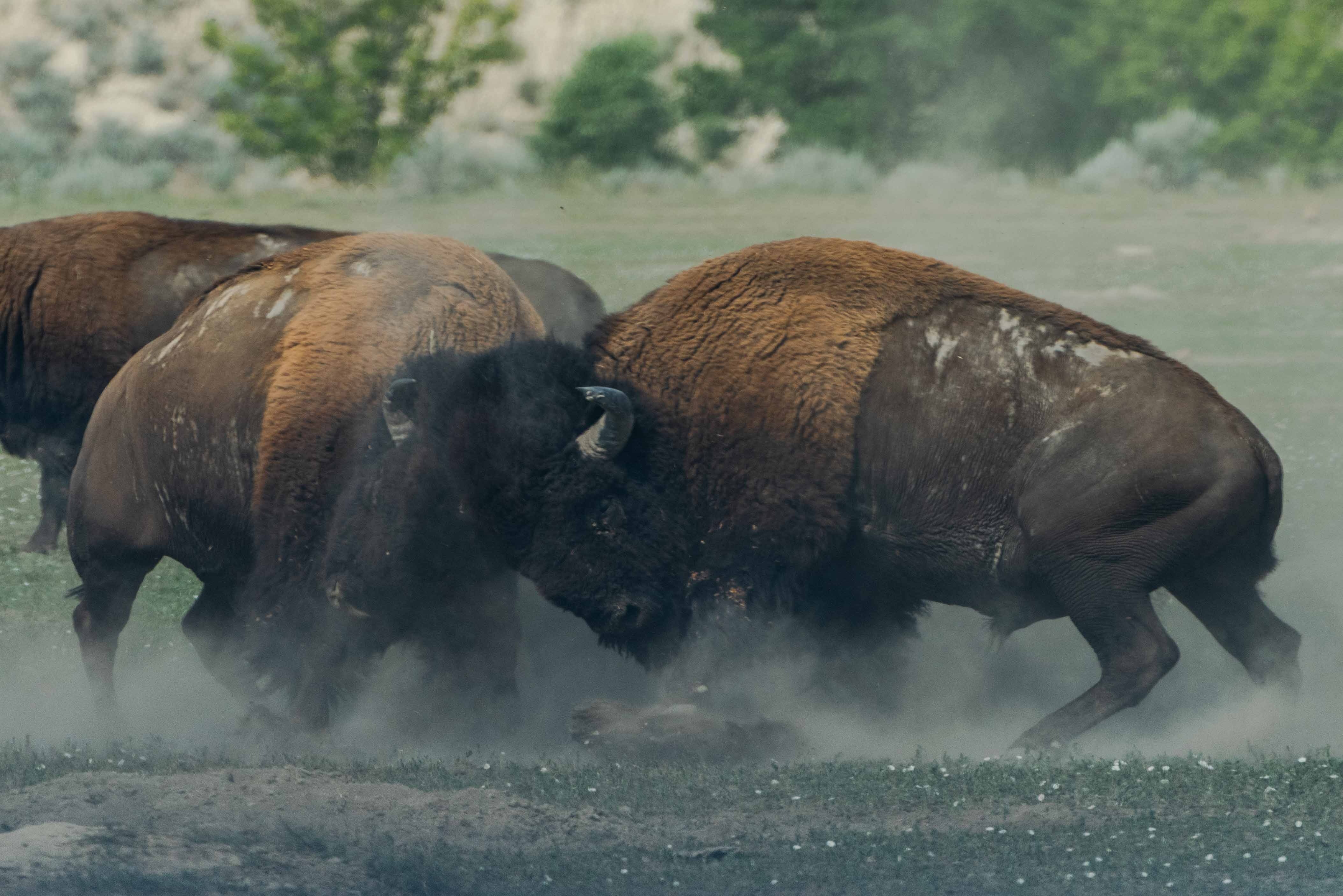 Ahead of FundForum International 2019, William Smead, CEO and CIO of Smead Capital Management, discusses how we are approaching a clash of sets in the US stock market.

We believe the US stock market will come down to a clash between one very positive forward-looking set of facts and a very negative set over the next ten years. Demographics argue for a much stronger economy, higher interest rates and a change in dynamics associated with stock market popularity. The parabolic move the last five years in e-commerce and other tech-related securities has unknowingly cursed forward-index performance and turned a whole generation of investors into growth stock aficionados. 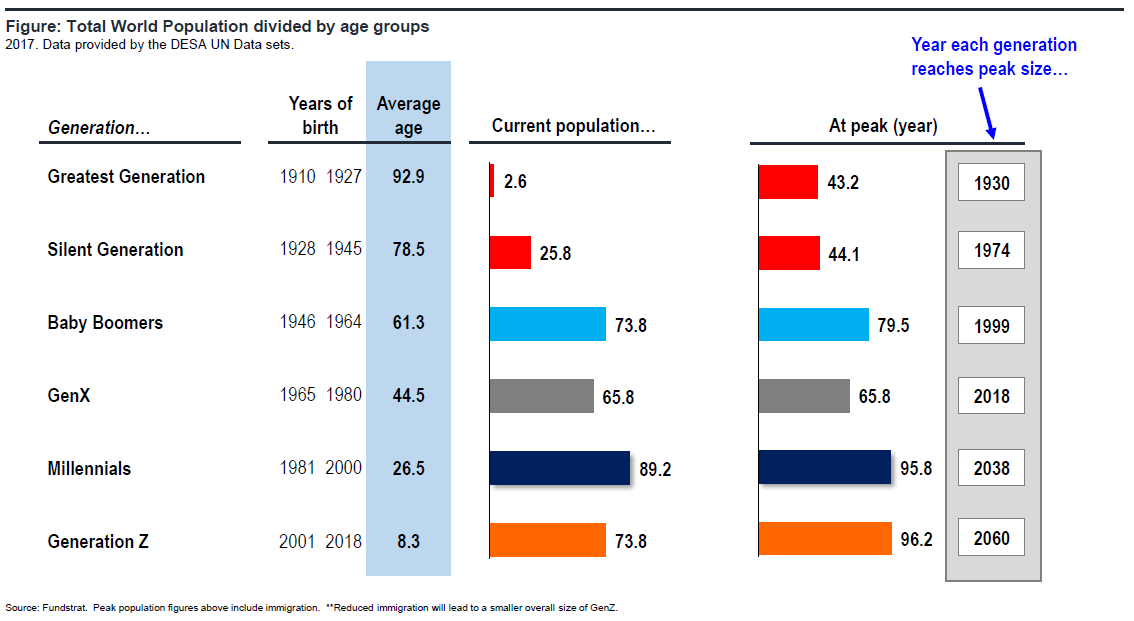 We believe the most important factor in US economic activity is how many people are in the 30-45-year-old age group. When 79 million baby boomers replaced 44 million silent generation people in that age range, the price of money and home building were the highest absolutely and per capita in US history. Interest rates were the highest and peaked in 1981 as 79 million people borrowed the money saved by 44 million people 45-60 years of age.

When those boomers replaced the silent generation in the key savings age group (45-60) and the Gen-X group followed them into the household formation age, 17% less borrowing was needed, and 75% more people saved.

Therefore, we went from the highest interest rates in the history of the US in 1981 to the lowest in modern history by 2011, as boomers moved from borrowers to savers.

Over the next 15 years, 95 million Millennials will replace 65 million Gen-Xers in the borrowing age range and the Gen-Xers will be a 17% smaller savings group.

We are not likely to retest the ridiculously high interest rates of 1981, but we could certainly normalize long-term interest rates in the US around 5% plus or minus.

The most respected investor in the US, Warren Buffett, constantly reminds investors that today’s value of future streams of income are greatly affected by the absolute level of the riskless US Treasury interest rate. If those rates double, the present value of the future income stream declines significantly.

On the other hand, 95 million 30-45-year old Americans could boost economic activity to 3% real GDP growth and create some terrific profitability for companies which meet those economic needs.

The chart below shows what spending categories will benefit the most over the next ten years: 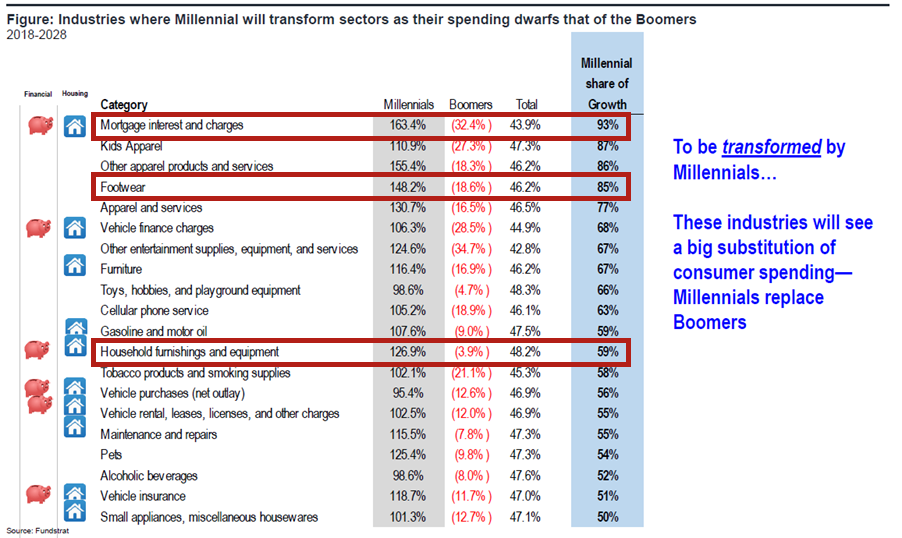 Lastly, the liquidity produced around the world to deal with the 2007-2009 financial crisis has never been put to work.

"The parabolic move the last five years in e-commerce and other tech-related securities has unknowingly cursed forward-index performance and turned a whole generation of investors into growth stock aficionados."

If it is still around when these 95 million 30-45-year old folks do the household formation thing, it could cause some disruptive inflation and a complete rearrangement of stock market popularity.

Now that investors, investment advisors and institutional investors have committed heavily to the S&P 500 Index and large-cap growth funds, we can draw a few long-term historical conclusions.

"This is where an enormous amount of capital is invested in money-losing companies going public and the largest number of companies selling at 10-times sales dominates the Russell 3000 Index."

First, they are over-emphasizing tech stocks which have soared parabolically, as well as non-tech growth stocks like Costco, Visa and Mastercard. Tech stocks are near 1999-2000 highs in percentage of index assets and are about the 28% of the S&P 500 energy stocks were in 1981.

Second, consumer confidence is high like it was before previous time periods where index performance suffered:

Third, household ownership of common stocks is approaching the early 1970s and 1999-2000 peaks: 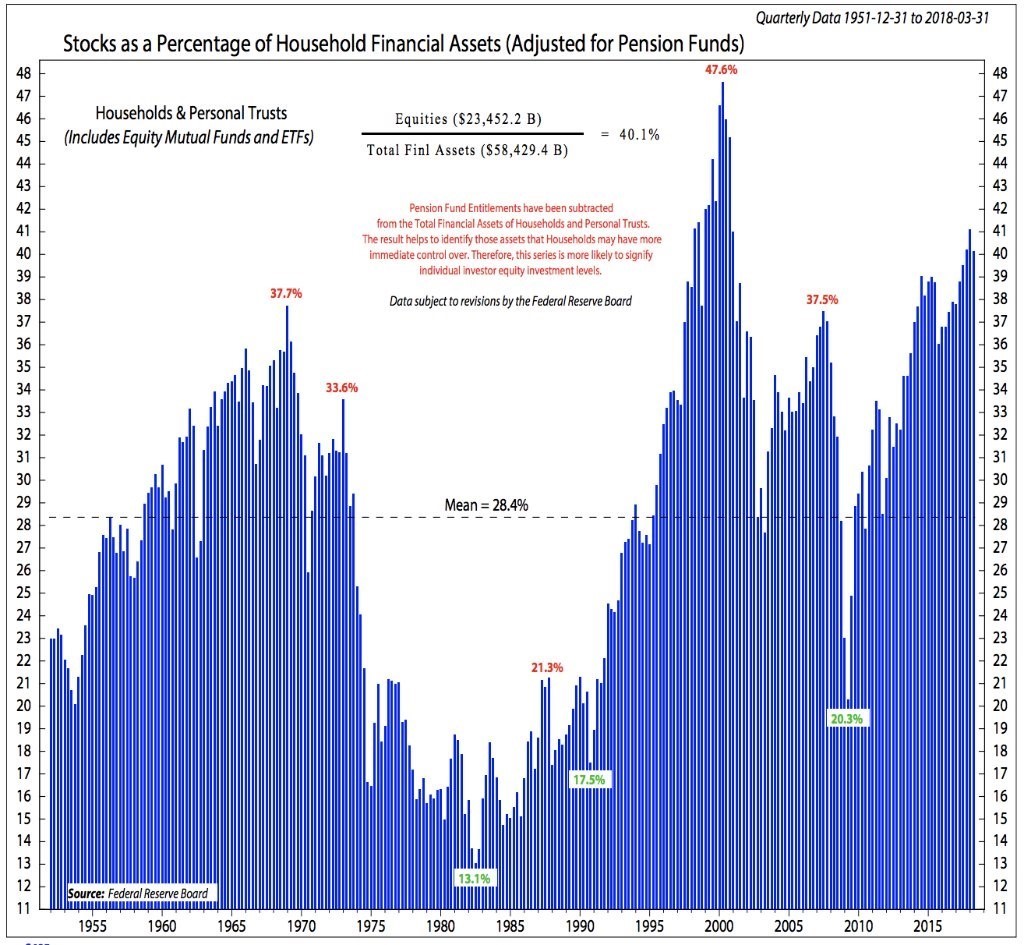 Lastly, we’ve entered what we at Smead Capital Management call the “crazy stage.” This is where an enormous amount of capital is invested in money-losing companies going public and the largest number of companies selling at 10-times sales dominates the Russell 3000 Index: 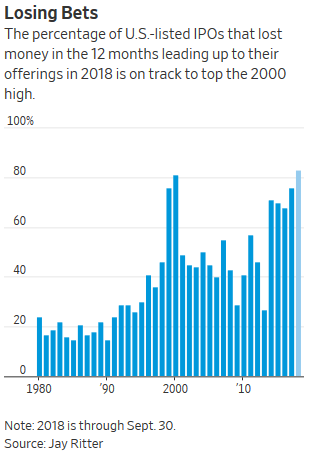 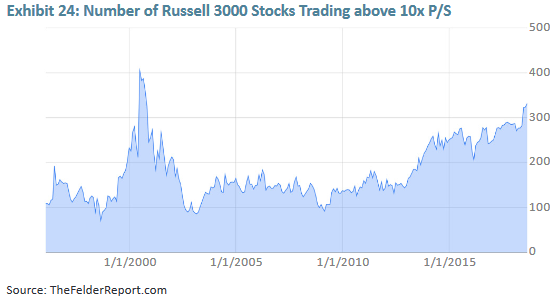 Let’s put all of this together. A portfolio which accents value investing at the expense of growth is historically likely to outperform over the next ten years. This could happen due to stronger economic activity and higher interest rates.

Over-confidence among consumers, tech investors and index investors has put a curse on forward returns in the past.

Remember, the stock market has had the ability to frustrate the most people over time. This “Clash of the Titans,” one very positive and one very negative set of facts, should make investing very entertaining over the next ten years.

The information contained in this piece represents Smead Capital Management's opinions and should not be construed as personalized or individualized investment advice and are subject to change. Past performance is no guarantee of future results.

Bill Smead, CIO wrote this article. It should not be assumed that investing in any securities mentioned above will or will not be profitable. Portfolio composition is subject to change at any time and references to specific securities, industries and sectors in this letter are not recommendations to purchase or sell any particular security.

Current and future portfolio holdings are subject to risk. In preparing this document, SCM has relied upon and assumed, without independent verification, the accuracy and completeness of all information available from public sources.