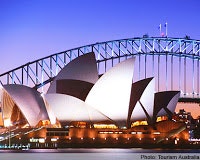 Professor Ian Harper chaired a “root and branch” inquiry into competition law and policy in Australia in 2015. The Harper Review made a number of recommendations and the government welcomed most of these. In August 2016, Treasury issued an exposure draft of the legislation that would give effect to the government’s response. Among the key changes proposed are a revised approach to anticompetitive unilateral conduct, the addition of a new form of coordinated conduct to be known as concerted conduct and the potential removal of telecommunications sector specific provisions dealing with anticompetitive unilateral conduct.

The most controversial recommendation of the Harper review was a change in the abuse of market power provision which is set out in Section 46 of the Competition and Consumer Act 2010 (Cth) (CCA). The current legislation requires evidence of anticompetitive “purpose” and the government’s exposure draft legislation will change this to an effects test. The government contends that reform of section 46 is necessary to “improve its effectiveness in targeting anti-competitive unilateral conduct”. The key drafting is:

The Australian Competition and Consumer Commission (ACCC) has issued draft guidelines on how it will interpret the new sections, if they pass through the legislature. In effect, the guidelines represent the jurisprudence that the ACCC would like to have seen, if the legislation had been tested in the courts.

In the draft guidelines, the ACCC argues that each relevant element, being: “market”; “substantial degree of power in a market”; and “substantially lessening competition”, have been clearly interpreted by the courts. The Commission cites its own Merger Guidelines as an authoritative source in this regard, despite the rejection of aspects of their application Full Court of the Federal Court of Australia in ACCC v Metcash.

In its draft guidelines, the ACCC identifies four types of conduct which have the greatest potential to involve the misuse of market power, either singly or in combination. These are:

The major challenge for the ACCC is likely to come from the geographic dimension of any identified market. The Commission has used geographic markets which are a few hundred metres in diameter for the purposes of merger review as the relevant test in Australia is the acquisition of an asset that is likely to substantially lessen competition in any market. There is a potential that this will mean that differential pricing based on geography will be caught by the provision. Indeed, the examples given in the draft guidelines make it clear that the ACCC does not expect harms from national pricing.

The proposed change to section 46 is one of the few aspects of the Harper Review where there is no bipartisan agreement. Large corporations, represented by the Business Council of Australia have aligned with the left of centre opposition Australian Labor Party to oppose the measure. The government does not have a majority in the Senate, which is the upper house of Australia’s bicameral parliament. Many competition law practitioners in Australia are concerned that the proposed changes will stifle competition by muting innovation. It will be interesting to see whether the amendment passes into law, but the ACCC is clearly prepared as long as there are no amendments.

One of the recommendations of the Harper Review was to repeal the complex price signalling elements of the CCA, which only ever applied to the banking sector. Instead, the concept of concerted practice would be introduced as an addition to the (generally horizontal) prohibition on “contracts, arrangements or understandings containing a provision which has the purpose, effect or likely effect of substantially lessening competition in a market”. The approach is to add a new prohibition which relevantly provides that “A corporation shall not engage with one or more persons in a concerted practice that has the purpose, or has or is likely to have the effect, of substantially lessening competition”.

In the draft guidelines, the ACCC contends that there is an established jurisprudence in the European Union concerning concerted practices. However, cases such as the UK cement market investigation, the EC Container Shipping case and a 2007 case concerning oil company pricing in Italy have simply led to conduct commitments. There is the possibility of such commitments being accepted by the ACCC as court enforceable undertakings under section 87B of the CCA. However, this approach is not discussed in the draft guidelines.

The logical outcome of the inquiry will be that elements of Part XIB can be repealed. A number of the powers given to the ACCC under Part XIB have not been exercised in a decade. In the context of the Australian National Broadband Network, it is likely that in the fixed sector, the only player which will have a substantial degree of market power will be NBN Co.

It is highly likely that concerted conduct will be prohibited in Australia when the legislation passes the parliament. It is also probable that the section 46 amendments will get through the Senate in their proposed form. How quickly this leads to enforcement action will depend on the response of businesses in Australia. If the forecasts of stifled innovation are correct, there may be a long wait for the jurisprudence required to replace the ACCC’s sets of draft guidelines. 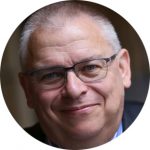 Dr Rob Nicholls is a lecturer in business law at the UNSW Business School and is a Member of the Centre for Law, Markets and Regulation in the UNSW Law School. His research interests encompass competition law and policy as well as the regulation of networked industries and the financial services sector. Before this appointment, Rob was a research fellow at the Centre for International Finance and Regulation and at Swinburne University of Technology. He is also a visiting fellow at UTS Sydney Law. Rob has had a thirty-year career concentrating on competition, regulation and governance, particularly in networked industries and his first degree was in electronics engineering. Before moving to academia, he worked for Webb Henderson, the ACCC and spent twelve years as a client-facing consultant at Gilbert + Tobin. Rob is an accredited mediator and the Independent Telecommunications Adjudicator. He is also a member of the NBN arbitration pool.