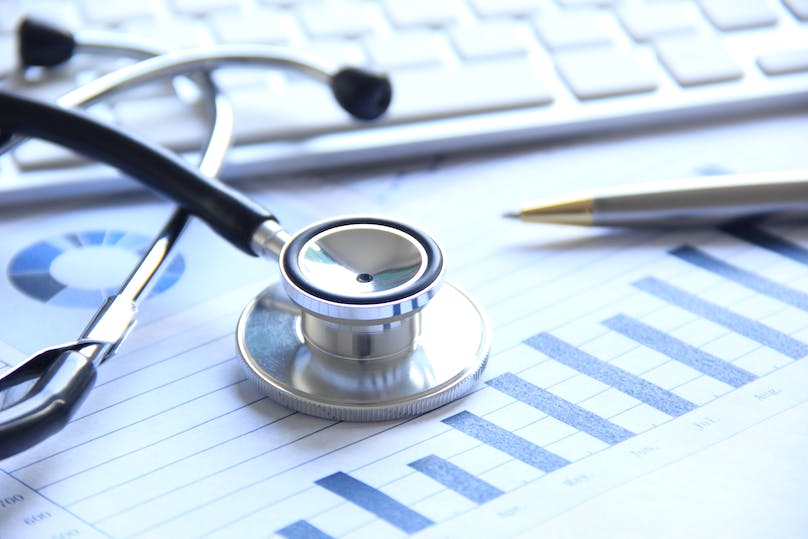 The health insurance industry has a great opportunity ahead to embrace technology and drive customer engagement, satisfaction and health. So why aren't more insurers jumping on board? Andrea Silvello, Co-Founder and CFO of Neosurance, explores the potential and the one company doing it right already.

Connected health insurance presents great potential for both insurer and insured but first let’s define the term in a more accurate way. Connected health, as stated in a paper by Deloitte, is the convergence of health technology, digital media and mobile devices and has the aim of helping patients, care givers and healthcare professionals to access data in a swifter way while improving the outcomes of health and social care. Connected insurance on the other hand refers to an evolution of the insurance business model based on the adoption of IoT technologies which allow the direct connection between all actors of the ecosystem: customers, insurers and players from other industries. Based on the above, I would say that connected health insurance is a mix of different types of technologies used in health insurance in order to collect data, determine patterns and create effective incentives and engagement programs aimed at reducing costs related to healthcare and at improving the quality of life of the insureds.

Connected health insurance is only one of the three pillars of connected insurance – which I thoroughly discuss in my article The Three Pillars of Connected Insurance. Just like the other two pillars, connected health applied to insurance is about how technology (whether it’s wearables, big data, telematics and so on) contributes to rethinking the insurance value chain and to the creation of customer engagement in new and profitable ways. By profitable I mean profitable for all players involved: insurer, insured and clinical provider.

In Q1 of 2018 alone, insurance technology startups raised $597M with health insurance companies raising the most funding at $280M.

If five years ago InsurTechs were still a rare thing, now we’re being surrounded by start-ups that declare they will take over the insurance world and why not, the world! According to Venture Scanner there are around 160 companies worldwide that operate in health & travel insurance with some $10.8B raised to date. In Q1 of 2018 alone, insurance technology startups raised $597M with health insurance companies raising the most funding at $280M. This is clearly a trend that will be maintained until the end of the year.

On the other side, many insurers have understood that InsurTechs offer a smart way of innovating while not having to do everything by themselves, which is quite impossible after all. Another important concept still to be grasped by insurers is that they need to pass from an “insurer as a payer of claims” to the “insurer as a partner” approach, which implies an active role in prevention rather than reaction and claims payments. This new approach is possible in my view because of what we call “connected insurance”.

What is strange though is that only one major insurance player emerges time and time again as best in class and quasi only. Discovery’s Vitality is for the time being the only insurer that has managed to put in place a system with a proven track record of reducing costs. They continue to experiment with new engagement models which are based on IoT and data analysis, with the objective of reducing overall costs for all players involved. They are pioneers in the business model of shared-value health insurance, which encourages healthy living through health-promoting behavior. To reach this goal Vitality uses the Active Rewards system, the Apple Watch and a series of services and apps that come to the aid of insureds and caregivers, like Ask Discovery – an AI chatbot for asking questions, or HealthID app for health professionals and Dr Connect (created in partnership with Health tap).

Discovery applies very well one of the concepts put forward in the book “All the insurance players will be InsurTech” by Matteo Carbone and myself. I’m talking about one of the five value creation levers that an insurer has at its disposal and, in this particular case, I refer to “loyalty and behavior modification”. In the case of Vitality this is applied as a reward system that stimulates safer client behavior through gamification to keep customers engaged. The gamification strategy which used by Vitality is based on Active Rewards is run with the support of an extended network of partners like shops, restaurants or clothing brands and with the help of wearables and smart objects. They create mini challenges related to shopping for food, physical and sporting activities, medical checkups and so on, that if accomplished are rewarded with cash-back, discounts or other types of incentives like an increase in the Vitality level (for example from bronze to silver). As a consequence the individuals end up having a more active life (Engaged Vitality members exercise 25% more than non-Vitality members) and according to a study released by Discovery they live longer than non-Vitality members: to be more precise the average life expectancy of an insured South African is 67 years while the average life expectancy of an insured Vitality member is 81 years.

According to results recently presented by Discovery Vitality, there is a 18% reduction of hospital and chronic claim costs for the batch of Vitality members that use the Active Rewards System alongside the Apple Watch, compared to the group of insured who do not use an Apple Watch. Although they specify that it is based on a cross-sectional view of the relative claims experience and it is premature to show the improvement over time given the lower frequency of health claim events. Nevertheless, it’s a confirmation of the fact that certain wearables together with the right reward system may have significantly positive results but has yet to be observed over a longer period of time.

Overall Vitality members have 10% lower hospital admissions, 25% shorter hospital stays and 14% lower overall claims costs, based on information provided by MedicalBrief.com. So it does seem that members who are highly engaged in Vitality, have better health outcomes than members who do not participate in the program.

The implications of these results obtained through the Vitality program for the efficient encouragement of healthy lifestyles and wellbeing are significant. More data is needed in order to understand if and how it could work for the general population not only specific segments and to see to what degree innovation driven by insurers and technology companies can be used to benefit citizens in general. The transition to a “prevention-centered” approach is actually a pragmatic decision for insurers because in time, the portfolio tends to change its structure, passing from a majority of so called “sick” clients to a majority of relatively “in good health” clients.

The insurance industry is slowly passing from a one-size-fits-all approach towards a personalised approach that looks at individuals and their habits, needs and their environment. As the World Health Organization predicts a 13 million doctors deficit at worldwide level by 2035, it’s essential for connected health and connected health insurance to evolve in such a way that will allow primary healthcare providers to be much more versatile and flexible in reaching their patients. Clearly the new paradigm in connected insurance will face several challenges posed by rate of adoption, cost barriers, resistance to change, and privacy aspects, but nevertheless the potential benefits could be significant based on Discovery Vitality case study, for both insurance companies and customers alike.

On the one hand insurance carriers could be able to reduce their costs and at the same time positively influence the health state of their customers. On the other hand citizens will have improved access to better medical care and health advice at a convenient cost. Further research needs to be done: 1) of Discovery Vitality programs worldwide in order to understand how results vary over time and from country to country; 2) of similar connected insurance programs promoted by other insurance companies with the objective of understanding how changes in the rewards/engagement system reflect on the results.

2   Connected Insurance: Our view about the Italian Market, PWC, 2016.

3  M. Carbone, A. Silvello, All the insurance players will be insurtech, Scholar’s Press, 2017.

5   A. Silvello, Connected Health and Its Central Role to Evolution of the Insurance Sector from ‘Payer’ to ‘Player’, Journal of Health & Medical Informatics 8(3) (2017).

6   A Universal Truth: no health without a workforce, Global Health Workforce Alliance and World Health Organization, 2013.