Courage as an economic narrative: an analysis of the German market 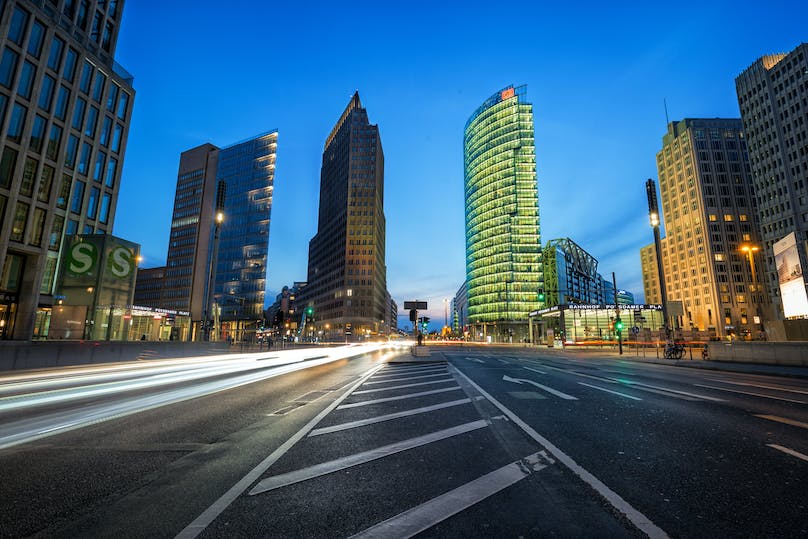 Following up from his session at SuperReturn International 2020 on what the future holds for the German economy, Prof. Jörg Rocholl, PhD, President of ESMT Berlin, shares his views on why courage is the key to take Germany through one of its biggest economic challenges to date.

A glimpse into the crystal ball: how is the economy developing? Does a recession threaten, perhaps together with a crash? Or is the economy growing in Germany and the rest of the world as unabated as before? To answer these questions, experts rely on quantitative models and comprehensive calculations. These have their undisputed justification, but do not go far enough for the American Nobel Prize winner Robert J. Shiller who writes, “I always had the feeling that economists forget something in their calculations: That people never simply accept incidents, but always interpret them. And that is an essential fact, that people need a story, a narrative.”

Narratives are what people tell themselves and their fellow human beings every day. Whether justified or not, they shape economic thinking. For example, if everyone is talking about an approaching recession, no one will invest. Due to the lack of investment, a self-fulfilling prophecy emerges – the recession of which everyone had warned. It becomes difficult when several narratives circulate simultaneously and contradict each other. This is particularly true for Germany at the moment, as discussions are focusing on two developments that do not seem to fit together.

The first narrative goes like this: An unprepared Germany is being overrun by technological disruption and international competition. It is only a matter of time before German companies and the German economy sink into insignificance.

There is some evidence for this. The world’s largest capitalized companies are located in the US and, more recently, in China; only SAP and Siemens appear in the top 100. Even more striking: Apple’s market capitalization alone is larger than that of all 30 DAX companies combined. A single US company is therefore worth more than the crown jewels of the German economy, which also invest less in Germany – for many companies in Germany, depreciation is higher than investment.

Despite minimal profits, Tesla is also valued higher on the stock exchange than the globally admired German automotive groups – higher than BMW, higher than Volkswagen, and higher than both together. Bank of America, with its annual profit of just under $28 billion, could easily take over Deutsche Bank completely.

The Financial Times recently stated that in Germany there is a great fear of being economically outpaced. One feels reminded of Germany as the “sick man of Europe,” as it was widely termed at the turn of the millennium. We know from the experiences of that time, however, how courageous and sustained reforms in politics and business quickly turned such a finding into its opposite, and how the former bedridden country became perceived internationally as an economic superstar.

This is where a second, contradicting narrative comes into play. Germany is one of the most innovative countries in the world, with companies envied by many other countries. Sovereign wealth funds and investment companies from all over the world – often to no avail – long to take over and learn from its highly profitable and innovative companies.

There are also clear findings in this regard. Germany came first in the latest Bloomberg Innovation Index, displacing the long-standing winner South Korea from its perch at the top. Germany receives praise for its highly innovative manufacturing sector, its strength in high-tech, and in the creation of new patents. A particularly impressive example comes from the research on autonomous driving: according to a study by the German Economic Institute, 40% of the worldwide patents in this promising area are held by German automotive companies. There is not a trace of technological lagging behind other countries – on the contrary.

The findings are similar for the hidden champions. This term, coined by the German business expert Hermann Simon, describes leading companies worldwide in their respective markets that are not known to the general public. They focus on largely unknown niche markets and scale aggressively in these markets worldwide. Germany is the land of hidden champions, far ahead of the runner-up countries. Most of these German global market leaders are not listed on the stock exchange. A simple comparison of the total market capitalization in Germany and other countries is thus usually unfavorable for Germany – this comparison does not fully reflect economic reality.

Courage as an economic narrative

Which narrative applies now? The pessimistic narrative is powerful because it mostly concerns companies that everyone knows and about which there is constant reporting – simply because these companies are traded on the stock exchange. The optimistic narrative suffers here, because the success stories of hidden champions do not gain public attention as frequently and quickly. That is, there is an imbalance in public perception. Supporters of the first narrative will argue that this imbalance is irrelevant, because technological disruption will eventually affect all companies, known and unknown. But here, too, caution is called for, since many of the German world market leaders have technological know-how that is very difficult to imitate. Moreover, this knowledge is routinely being improved and refined through constant high expenditure on research and development.

The sense of doom is misplaced. After all, the challenges posed by technological change are no more severe than the three major one that faced German economic policy over the past three decades: mastering the economy of German unity in 1990, overcoming weak growth after the turn of the millennium with Agenda 2010, and facing the aftermath of the global financial crisis just over ten years ago. If there is one narrative that unites these three examples, it is the courage with which business and politics were able to solve them, always with a particular consideration to the interests of labor and capital. This courage and the confidence in being able to master major challenges should inspire and create confidence in Germany’s ability to master technological change as well. It is not a value-creating insight that pensions at age 63, extra pensions for mothers, and building allowances for families were not among such courageous political decisions.

Germany missed significant opportunities when large platform companies for private customers (B2C) were founded and scaled. It is now crucial that Germany takes decisive steps to maintain and expand its leading position in the market for corporate customers (B2B). While the responsibility for this lies primarily with the companies, politicians must also take bold steps. First, corporate taxes must be reformed and reduced. (One possibility is accelerated depreciation, especially for research expenditures.) Secondly, efforts in education and training must be intensified. Thirdly, the expansion of the capital market must be vigorously advanced, especially for the financing of young, fast-growing companies with a high initial risk. Fourthly, Germany must press for the removal of all remaining barriers in the European Single Market so that European companies can scale and grow faster. Finally, in light of demographic change, social security systems need to be developed further, and capital markets should play a role in this.

Instead of a debate about whether the German economy is doomed or booming, a narrative on the courage for decisive action should take its place. This would also help Germany tackle its fourth major challenge of the past three decades with the necessary strength.