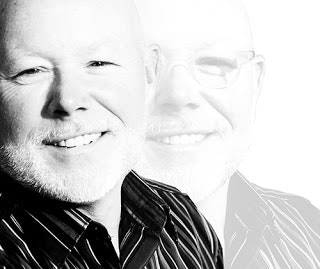 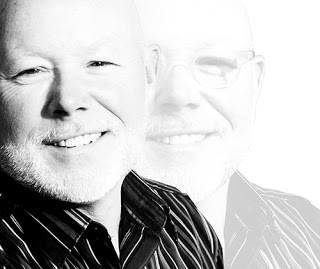 "We want consumers to be on our case and check us out and be sure that we behave."
Rob Wallace

Dan: "You describe brand authenticity as the value of being who you are not what you think your customers want you to be. What do you mean by a brand being authentic?"
Rob: "I think we are in an interesting age of branding. It's super obvious that with the Internet and the immediate, vital barrage of information that are at our consumer's fingertips that branding is becoming more transparent. It's more evident than ever whether you're being honest or dishonest about your branding. Consumers just don't want to be marketed to; we are kind of tired of that. We can smell marketing coming at us from ten miles away. We don't want manufactured brand stories. We don't want to be manipulated by, you know, encouragement and disguises to encourage us to buy. We really want to take branding to the next level. As consumers, we don't want products, right? This has been discussed years ago. And we don't even want just experiences anymore. I think that a significant number of consumers really want to have affinity with their brand. They want to know where their brands come from. They want to know what their brands stand for and they want the brand to have an honest and compelling story that the consumers themselves can attach with.
Now, in my mind, this is not just about upcycling or saving dolphins or giving back. All those things are important if it is part of the brand behavior and part of the brand's DNA.
Consumers just want to know where the brand stands. We want to believe the brand has a message and it is being consistent. We expect the brand to behave in a certain way because of the messages that it sends out. And we expect the brand to have a point of view. Even, in my mind, if we as individuals don't share that point of view. It's nice if we do ' but, it's more important that the brand be authentic and be consistent; that the brand behaves consistently with what it's saying."

Dan: "A great example is Red Bull. A great example of a brand that you might not agree with its point of view ' twice the sugar, twice the caffeine ' but it was a very disruptive brand in comparison with Coca Cola."

Rob: "You bet. And now, of course, Red Bull is under the radar screen because it is being consumed by kids who are seven and eight years old and that freaks people out, too. So, what is the responsibility that Red Bull has to talk to its consumers to say: 'Hey, be responsible about drinking this' with parents. Keep it out of your kid's hands. Those are examples of being authentic and real and having genuine concern for your consumers.
(For example) the Jared debacle and the fallout has really, really hurt the brand. I don't know if you've seen recently how they've responded to that. Their new ad goes back to their heritage; it goes back to their original founders opening a sub shop in, I don't know, Baltimore or somewhere..they talk about how they 'were fresh before it was 'fresh' to be fresh', which is great. They've extracted themselves away from the Jared idea. It's not about losing weight anymore. It's about freshness and, God Bless, isn't that an important thing to have in the context of the rest of the fast food industry. So, I think they will regain their integrity because they have crafted a brand story that is real and relevant that people can attest to."

Dan: "It's a much more human approach to the business. Everyone makes mistakes and we are accepting responsibility. I think people are probably a lot more forgiving ' would you say ' than some of these big conglomerates at first might think?"

Rob: "It depends. It depends on how the company responds and their history of responding in that.
(There's) an ad that I saw just around the holidays from SC Johnson. I know SC Johnson from bug spray and Pledge and a couple of other things. I don't know, but I don't really have an affinity with that brand. But I will tell you that I went on the Internet to make sure that their message ' which is all about family ' was authentic to who they were and it was. And now I honestly have an affinity to that brand. That brand touched me. It moved me and it was real. It wasn't manufactured. It was something that they believed in. Not only a family company ' meaning that it's not owned by Wall Street ' but it's owned by the Johnson family and they have given back to family causes and issues. They really walk-the-talk. So, I was delighted by that."

Dan: "It is just a very authentic sentiment. Even if I was trying not to align with the brand, that absolutely spoke to me."

Rob: "Here's a thought then. That's part of the history and it's easy for them to leverage that because it's real and it's authentic and, thank God, they began that way so many years ago. But, what happens if you don't have a history? What happens if you are a new brand or your brand story really isn't relevant? There's nothing in there. Can branding and design really help create a relevant story? So, that's where I think marketing and branding go into the future. So, I don't know, 10 years ago the world didn't need another household cleaning product, right? We had lots of dishwashing liquids and laundry detergent. So, Method came along and literally created an authentic brand story around the environmental sensitivity of its ingredients; around recycling and upcycling. But they also brought design into that picture and where other brands had used similar ingredients and had maybe recycled packaging, Method brought user experience to the category. It's like the Apple of dish soap, right? They created, they manufactured a brand DNA, but they have been authentic to that. Again, I think the brand has a tremendous level of integrity as a result of that. Now, it's under the radar screen and if they make a misstep ' even a simple misstep 'they are going to be called out on it, which is good. We want consumers to be on our case and check us out and be sure that we behave."

FUSE Calls is a series of interviews where the FUSE team literally picks up the phone and calls disruptive design and brand strategy leaders across the globe - some of whom spoke at our FUSE 2016 Conference in Miami. Dan Madinabeitia will also be dialing in to speak with the very esteemed members of our FUSE community. Our goal is to share insight, promote design-thinking and hopefully inspire anyone interested in branding and design as it relates to strategic vision.