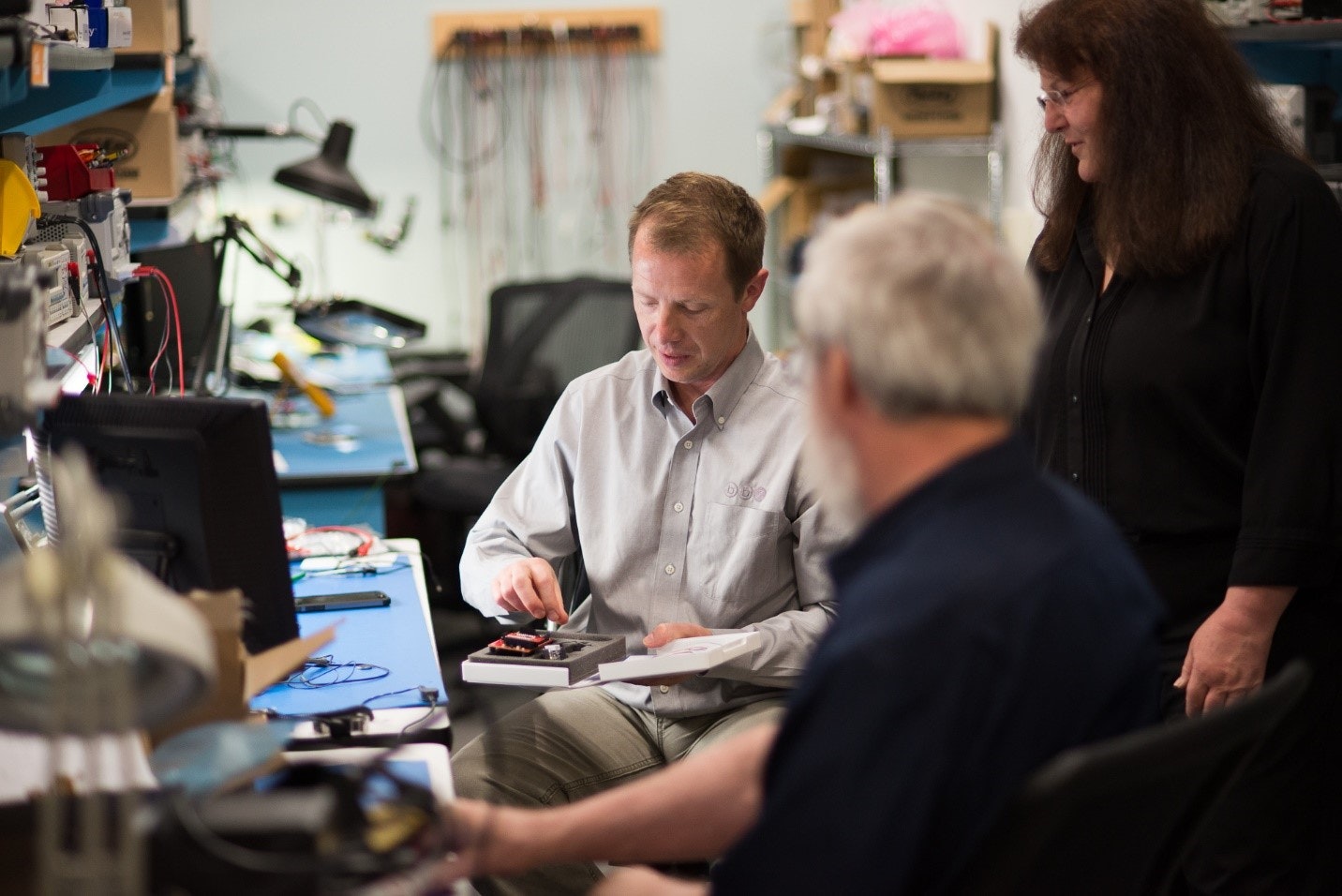 While walking down our hallway at bb7, I overheard one of our software engineers (Keith) and one of our electrical engineers (Tom) having a heated discussion about battery usage, onboard storage, and data transfer. They were working through the pros and cons of transferring packets of data in different ways – debating how often to do it, how much to send, and what type of protocols to use.

A stranger may have thought they were arguing. I’ve come to understand this is “where the magic happens.”

The next morning, I discovered the issue was resolved. Our engineers updated the firmware that same night and the prototype was functioning and ready for evaluation the next morning. 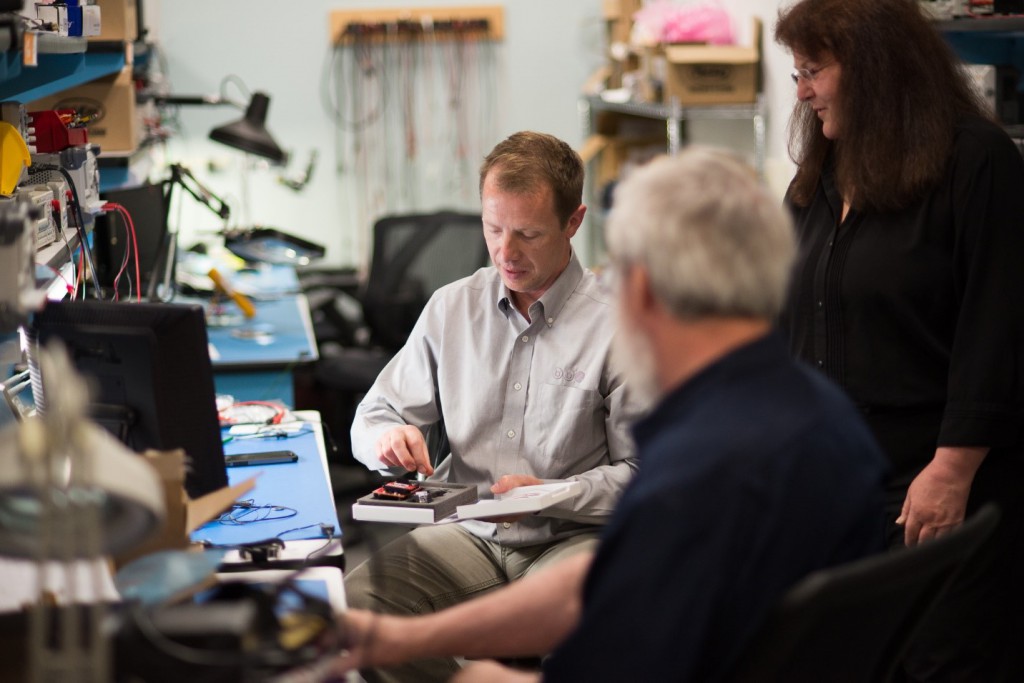 The week before this incident, I attended The Front End of Innovation (FEI) conference in Boston. I had the great fortune to be surrounded by amazing minds focused on using the latest and greatest in design thinking and front-end innovation tools to disrupt their market spaces, their working habits, and their organizations.

Evelyn Huang of Capital One discussed how she uses a combination of pragmatic tactics and insights from learning and teaching at Stanford University’s d.school to infuse her company’s traditional finance culture with a design thinking mindset. She highlighted the group of people who were willing to carry the torch and build on small wins and discussed the importance of celebrating these small wins to create a positive feedback loop. Infusing a risk-averse culture with design thinking, where divergent and convergent processes are used to prototype innovative ideas that are evaluated through evidence-based learning, was an entirely new thing to Capital One.

Conferences are simultaneously amazing and frustrating to me. I’m usually very inspired by the content but frustrated that the colleague or client of mine that could also use this lesson isn’t sitting beside me. It’s also impossible to immediately put an amazing new insight gained at a conference to work.

Design thinking is most effective when the mindset reaches a critical mass within project teams — when there are enough people who embrace design thinking to drown out the cynics. A group that adopts design thinking also adopts a healthy culture.

So, the challenge is bringing all the tactics and insights back to home base and infecting everyone with the sweet virus of innovation greatness.

IDEA MONKEYS ARE THOSE WHO FLOURISH IN THE DIVERGENT TIMES COMING UP WITH IDEA AFTER IDEA, AND (RING)LEADERS THRIVE WHEN A BOATLOAD OF IDEAS NEED TO BE WINNOWED AND DEVELOPED.

What if the thing “you’re bringing back” is already there? In the case of the “arguing” engineers at bb7, they were already using design thinking tactics — they just weren’t calling it “design thinking.” When it comes to the basics of divergent and convergent processes, engineers Tom and Keith were diverging and generating multiple concepts on-the-fly. They were creating low fidelity prototypes verbally, then discussing the complex relationships of all the variables at play. In the end, they converged on a few ideas and Tom made one of them work with a prototype. Evidence-based learning led the design effort, and whether they called it “design thinking” or not is of little importance.

The important thing, as Evelyn Huang points out, is celebrating how Tom and Keith succeeded and having that infect the organization. It’s really all about amplifying and celebrating behavior that works.

On the flip side, one very effective way to gain ground is to eliminate behavior that stagnates innovation. The emcee of the FEI conference, Mike Maddock, provided insights about how to leverage the “Idea Monkeys and the (Ring)leaders” in any project team. Idea Monkeys are those who flourish in the divergent times coming up with idea after idea, and (Ring)leaders thrive when a boatload of ideas needs to be winnowed and developed. He also provided some simple advice. He instructed those at FEI to create a “stop-doing list.” By eliminating unhealthy habits, good habits become a larger percentage of behavior at large. So, it really is very simple. Amplify the good, get rid of the bad, and you’re left with some pretty amazing stuff.

By identifying the design thinking behavior that already exists in our project teams, we can unlock and amplify the great value and expertise we already have.

If naming these behaviors “design thinking” is met with resistance, then let’s call it something else. Regardless, it leads to innovation.

To quote (kind of) Shakespeare:

What’s in a name? That which we call design thinking
By any other name would smell as sweet

The bb7 team is looking forward to gathering more insights at this year’s FEI. If you’re interested in connecting with the team onsite, please reach out to info@bb7.com.