Practical solutions and case studies to propel all dimensions of diversity and inclusion throughout organizations in life sciences.

Diversity and Inclusion: 6 best practices for biotech and pharma companies 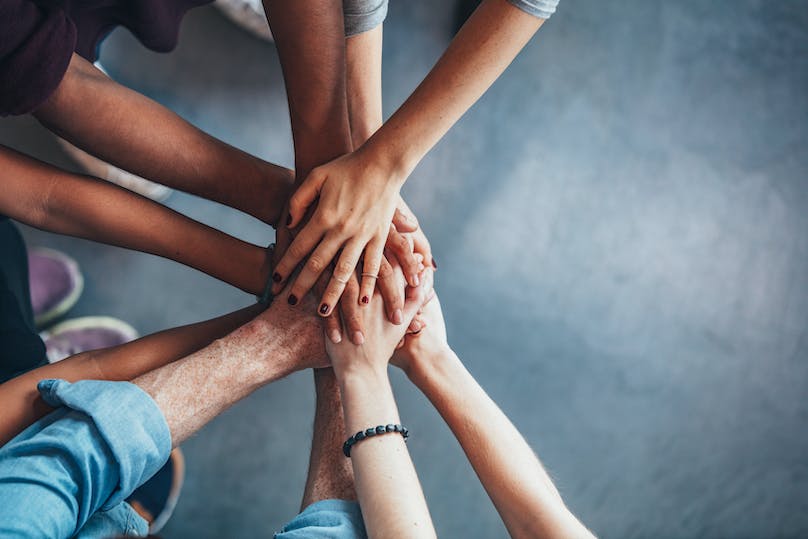 At Biotech Week Boston’s Evening of Diversity and Inclusion this year, the conversation sang a resounding message: biotech and pharma companies need to do more to improve the culture in the industry.

Panel speaker Edie Stringfellow reflected on her role as Director of Diversity and Inclusion at Massachusetts Biotechnology Council (MassBio), in which she works with member organizations to develop and implement diversity and inclusion (D&I) initiatives. She highlighted that such initiatives can help with common issues experienced within biotech companies, such as staff recruitment and retention, promotion and measuring accountability.

Stringfellow described how D&I strategies can be used by biotech and pharma organizations to improve engagement with current and future employees, and consequently with patients. To illustrate, she listed six successful practices which have been implemented by MassBio’s members.

1. Integrate D&I as a measured KPI

Stringfellow called for biotech and pharma executives to tie D&I initiatives into success measurement processes such as annual reviews of stakeholders and bonus plans. “You show me how someone gets paid, I’ll show you how they behave,” she said. “You will see D&I initiative success rates change overnight when you treat D&I as any other business item, [such as] sales or marketing. Human capital, human intelligence and human work should be treated just the same as any other R&D pipeline.”

The practice of equity auditing isn’t just something to be carried out by Big Pharma. As Stringfellow explained, SMEs can benefit from reviewing equality levels in their own organizations. “Smaller companies are starting to embed equity diversity and inclusion early on, they are learning from what the larger companies are doing. Some of our larger members are conducting equity audits across the board, not only addressing sexism and racism, but also ageism and ableism.”

3. Combat the influence of biases

Stringfellow recalled meeting with one biotech organization that stood out to her. “They instituted a risk bias mitigation and intervention program, especially around interviewing, leadership and conflict management because they said that's the 3 areas where biases you can see form… especially in an interview process.”

As Stringfellow explained, these biases can typically include educational bias, judgement of candidates according to institutions listed on their resume, and geographical bias, assumptions that are influenced by which location they are from.

Biases such as these may not be harbored consciously, so they can be potentially harmful in interview processes. Stringfellow urged recruiting departments to make sure that their interview structure is gender balanced and carried out by multiple people at the same time, to get a more balanced and rounded perception of the interviewee. 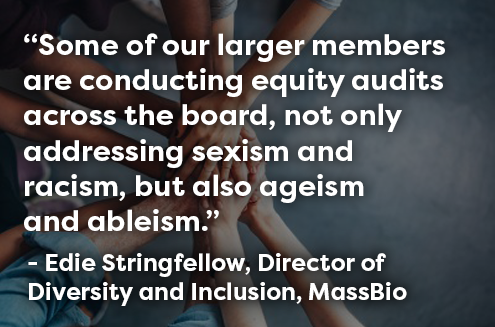 She went on to describe a large company she had worked with which had thousands of employees working on one site. “They actually have a social services person on site that works for the state. They’re making sure that anyone that needs any type of accommodation or help is right there.” A diverse workforce comes with diverse circumstances, and providing extra support where needed can be a key to sustaining it.

“You also see companies institutionalizing intentional sponsorship programs, not just mentoring but sponsoring,” said Stringfellow. “They’re monitoring who is being sponsored and... who is putting their name on the line for someone else.”

Sponsorship programs are a way in which companies can nurture individuals in the workplace by dedicating advocacy and endorsement to help them achieve their goals, rather than by just offering advice and guidance. Stringfellow noted that this is a good option for organizations to show recognition to professionals who are directly investing time into D&I on top of their day-to-day roles.

“You see companies pay more for professional development,” said Stringfellow. “Say for example, you have aspirations to be a chief operating officer, there are going to be some kind of financial accounting and maybe legal compliance classes that you have to take.” She stressed that by investing in personal progress of their workers, companies can retain them for a much longer term.

RELATED ARTICLE: Can the biotech industry lead diversity in STEM?

INCLUSION: Diversity, Equity and Inclusion Summit
Connect with leaders to talk about diversity and inclusion with practical solutions for propelling all dimensions of diversity throughout your organization