Don't Be Fooled By The Mythology Of Innovation 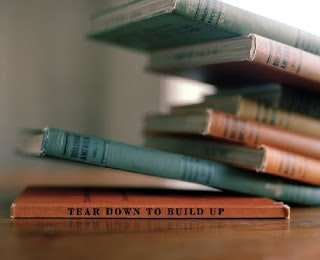 'When the legend becomes fact, print the legend.' - from the motion picture "The Man Who Shot Liberty Valance" (1962) directed by John Ford, starring John Wayne and James Stewart

Time can obscure fact. What we remember and how we remember isn't always perfect. And even when recollections are good, sometimes we simply choose for various reasons ' inspiration, entertainment, persuasion, etc. ' to simplify our stories. Embellishments and ommissions are all part of the process. Creating a good story, one that is easy to tell and serves its intended purpose, is what matters most.

As innovators, marketers, or product developers, we are all storytellers in one capacity or another. Stories are fun to develop and fun to tell. Some of the best innovation stories in the world are those that revolve around the origin of discoveries and the origin of organizations. For some reason we seem drawn to the stories of companies started in a basement, or started in a garage, or the business plan written on the back of a napkin, or the product idea that came in a dream. These become stories of legend. They make us believe that anyone with an idea and a dream can do something great in a short amount of time and with relative ease. They inspire us. But can these legendary, almost mythological origin stories obscure the actual overall process of innovation and mislead those that attempt to follow the inspiring path?

In 1987, the garage at 367 Addison Avenue in Palo Alto, California ' the garage in which Bill Hewlett and Dave Packard developed the 200A and 200B audio oscillators, HP's first products ' reached landmark status and was later dedicated as the 'birthplace of Silicon Valley' in 1989. This garage has become a symbol of genius and entrepreneurial spirit. To think that a couple regular guys simply got together one day and formed a company in their garage that ultimately went on to be one of the largest tech companies in the world, is truly amazing and inspiring. It seems so simple.

In the populist version and corporate telling of this story, what is most often left out are the years spent on education and training for both Hewlett and Packard. Bachelor's degrees, advanced degrees, time spent by Packard at General Electric, etc. The road to 367 Addison Avenue wasn't really all that simple or easy.

In the 1985 movie 'Back To The Future', Dr. (Doc) Emmett Brown (played by Christopher Lloyd) tells the story of how time travel was made possible. It all hinges on a little contraption called 'the flux capacitor' ' the idea for which came to Doc Brown after he fell and hit his head on the toilet in his bathroom while trying to change a light bulb. It's a pretty good story. What we don't see in the movie however is the effort to build the flux capacitor and the subsequent transformation of the suped-up Delorean automobile. Telling (or showing in a movie) this part of the story, wouldn't likely be all that compelling or interesting to watch. We simply hear the bathroom story and see the completed Delorean. We want to believe in the genius. We want to believe in the simplicity and ease.

Unlike some origin stories which are actual myths ' like Ebay having been created to trade Beanie Babies -, I don't think there's anything 'untrue' about the story of Hewlett-Packard and the historical garage. The story of HP is a great one. An inspiring one. It serves its purpose. But don't be fooled. Although the stories of innovation may seem simple and easy to tell, the process of innovation isn't always so. Be inspired. But remember to work hard.