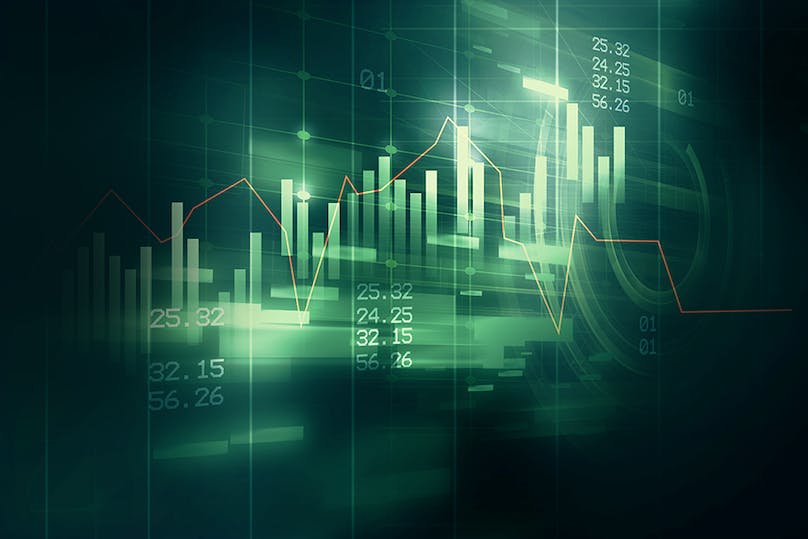 With all-time record gas prices in Europe and Asia, and energy shortages in China and elsewhere, the prospects for the coming winter look bleak for energy consumers. Longer term, the market should adjust to provide more supply, but there are signs that prices could remain firm for some time to come.

Gas prices have surged over recent months to hit record highs in both Europe and Asia on a combination of structural changes and one-off factors. The structural changes include attempts to move away from coal for environmental reasons, and globalisation of the gas market - from what had been regional crude-linked pipeline or LNG markets to a far more competitive, independently priced, globalised and cyclical market.

Against this background the post-pandemic recovery has seen demand for energy rebound quickly, especially LNG in Asia and South America (where hydro has been low) and gas generally in Europe. This has combined with adverse weather, heavy upstream maintenance and delays - and, in Europe, low domestic production, depleted stocks, Russian export constraints and poor renewables performance (especially wind).

Northeast Asian benchmark prices have risen well above the previous record of $32.50/mn Btu set in January 2021 to as high as $56.3/mn Btu in early October (the time of writing), while front month prices in the UK spiked to over 400 ppt (£40/mn Btu) on October 6, and the Dutch TTF has been trading at over €100/MWh (or about €30/mn Btu – compared to under $2/mn Btu in early September last year). The price surge has also increased European demand for coal as generators switch away from gas, causing prices to spike there too, along with firmer carbon prices as generators cover additional emissions. The record fuel prices have widely led to record power prices.

The availability of LNG cargoes and Russian gas (see below) will be key in Europe as winter gets underway, along with the weather. European LNG imports fell some 18% y-o-y in the first six months of 2021. And with Asian prices still at a premium to Europe, spot LNG flows are likely to continue to head to Asia unless European prices rise further.

China, which looks like overtaking Japan as the world’s top LNG importer this year, is currently struggling to secure enough coal and gas to power factories and heat homes, leading to extended LNG purchases – Sinopec, for example, issued a tender for 11 more winter cargoes in late September. China’s economy is growing quickly, with electricity consumption reaching 775.8TWh in July, up 12.8% from the same month last year and 16.3% higher than July 2019. Two-thirds of Chinese provinces had power rationing through September due to a combination of the high wholesale energy prices and consumer price caps. Beijing says it will do whatever is required to mitigate the shortages, and has already started buying coal from Australia again after a lengthy boycott.

In Europe, UK gas and power prices are highest because of the country’s dependence on gas to cover gaps in renewable output, having closed most of its coal-fired power stations already – coal, despite its record prices and carbon tariffs, remains cheaper in Europe than gas plants fired with imported LNG. In addition, gas supplied under crude linked term contracts is currently cheaper than that priced against gas benchmarks, which dominates UK imports.

While the UK is more advanced than most in its renewables roll out, when the wind doesn’t blow, the heavy reliance on gas is very apparent, and several of the less well hedged UK retail energy companies have gone bust. The closure of Rough storage in 2017, and the reduction in Groningen flow across in Holland have also reduced local flexibility. Maintenance and delays caused UK gas production to fall 28% in the year to end August to just 17bn m3, while wind power was well below average levels. Wood Mackenzie expects output will recover to 35bn m3 in 2022 (about half of demand), but additional LNG, Norwegian gas or coal imports may be needed this winter.

Low stocks ahead of winter

Despite high Russian exports in the first half of the year, European gas storage levels are at their lowest pre-winter levels in at least 10 years, exacerbating the risk of further price spikes from the already record-high levels. Overall, European storage was around 72% full at the end of September, compared with an average of 85%. A cold April and May prevented much of a refill after last winter, and this extended into the summer on hot weather and air-con demand in Europe and Asia, along with low hydro availability in Argentina and Brazil – which raised LNG demand there. Norwegian and Dutch gas output were also lower.

Since August, Russian supply disruption has also kept the market tight in Europe. Gazprom is producing at decade-high levels, but Russia says that it used 40bn m3 more than usual last winter and needs to refill its own stocks, which were also at record lows - made worse by high summer air-con demand. Only after that is done at the beginning of November can it spare additional volumes for export.

Gazprom has continued to meet contractual obligations to its European customers but has avoided booking additional pipeline capacity to Europe through Poland or Ukraine, while it is unclear whether the Nord Stream 2 (NS2) line will start this winter. Some US and EU lawmakers have raised concerns about market manipulation, although exports via NS2 are currently being held up by a German regulator. Gazprom’s CEO Alexey Miller recently said Europe can still rely on Russia for up to 150bn m3 to cover winter demand spikes.

Ironically, Gazprom had been obliged by the EU to reduce long term crude-linked pricing – which is now much cheaper than sales linked to European gas benchmarks - to 30-40% of total exports, so is making far more from the crisis than it would have done otherwise. Russian observers note the switch to spot gas pricing left no room for the type of capacity (infrastructure) payments that were effectively included in take-or-pay term crude-linked deals, which has undermined long term investment and made the market more cyclical.

Temperatures in Europe along with wind levels, especially in the UK, will be particularly important this winter. By the end of September, UK wind output had surged, dramatically shrinking the volume of gas required to meet power demand. In addition, Norwegian exports have recovered, boosting supply after a heavy and extended maintenance season.

More widely, some global demand is price sensitive and has been easing. For example, India’s imports have been falling, with August dropping -3.4% compared to last year at 2.87bn m3 – although there have been power shortages as a result.

Overall, more LNG will be available in the Asia-Pacific basin this winter, and with LNG term contract sales being minimised by producers given higher returns from spot sales, the number of spot cargoes available could rise and dampen spot prices if the weather is mild. In addition, after last winter’s shock spike, Japanese utilities are better prepared, with higher stocks and more early strip tender deals to cover winter top-up requirements, while both Japanese and South Korean demand could be lower due to higher nuclear output.

Nevertheless, there is concern among some in the market that the high prices could be here for some time, following on as they do, from record high prices last winter. This is likely to spur development of fresh capacity, possibly leading to a rash of FIDs amounting to 1-150mn t in the next 2-3 years. Baker Hughes sees the need for global LNG capacity to rise to 800mnt by 2030, more than double current capacity of about 345mnt, and a sharp rise on Wood Mackenzie’s earlier forecast of about 600mnt/yr by 2040.