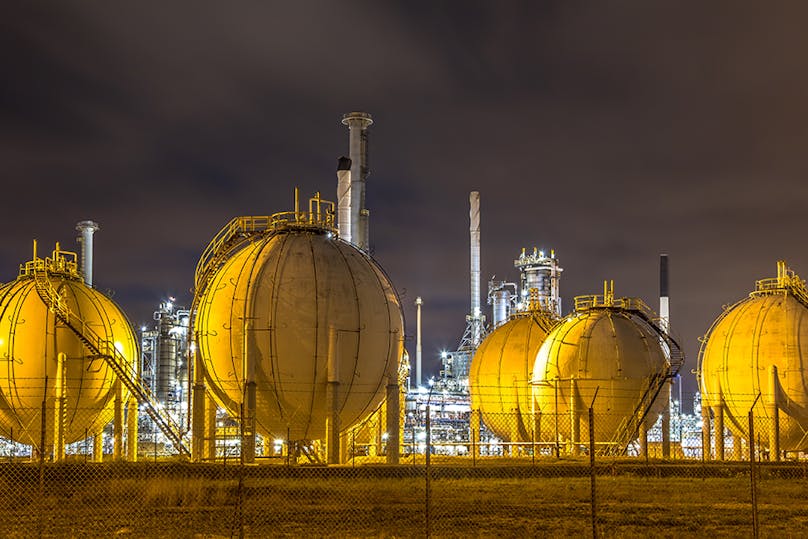 New supply from Qatar’s expansion of its LNG capacity is currently dominating the term contract market. The expansion will make the country the world’s biggest LNG exporter once again; and combined with low costs this will make it tough for competitors.

Given its size and low cost of extraction, what happens at Qatar’s giant North Field is critical to the global gas market. Qatar’s LNG exports have been fairly steady since 2011, when a period of LNG and liquids expansion was completed, making the country the world’s top exporter – and prompting Qatar to declare a unilateral moratorium on further expansion. This allowed others to meet rising demand over the last decade, and Australian exports now regularly overtake those of Qatar. In addition, both the US and Russia have emerged as big exporters, and both have significant expansion plans - as does Canada and a number of others.

In response to this threat to its market share, Qatar lifted its moratorium on expansion in 2018, with plans to boost LNG output by 30% by 2025 – involving a rise in production capacity from 77mn mt/yr to 100mn mt/yr. This was subsequently raised to 126mn mt/yr, comprising two major projects – the 33mn mt/yr North Field East Project (NFE), and the 16mn mt/yr North Field South Project (NFS).

In February this year, Qatar Petroleum (QP) formally approved development at the $28.75bn NFE project, which will be the world’s biggest LNG investment to date. Located in Ras Laffan Industrial City, capacity will comprise four 8.25mn mt/year trains, taking national capacity up to 110mn mt/yr. The onshore engineering, procurement and construction (EPC) contract has been awarded to a joint venture of Chiyoda Corp and Technip Energies. The project will incorporate CCS and solar power, and is expected to come on stream at the end of 2025, with condensate, sulphur, LPG and helium production in addition to LNG.

The project’s low gas and production costs, its strategic position between Europe and Asia and low carbon emissions profile, should make it the most competitive LNG available in the market (see below). National output could be increased further if the NFS project goes ahead as planned, adding production from another two 8mn mt/yr trains. First production is planned for 2027, although a final investment decision has yet to be made.

QP said it is also evaluating further LNG capacity additions beyond the 126mn mt/yr that the NFE and NFS projects would provide. There is plenty of gas available - the North Field by far the world’s biggest, holding more than 1,760 trillion ft3 of gas, plus 70bn barrels of condensate.

Other infrastructure in Qatar is being developed as part of the expansion. A $2bn EPC contract for more LNG storage and loading facilities at Ras Laffan Industrial City has been awarded to Samsung. Three new LNG tanks and three LNG loading berths are to be built to handle NFE production, while options have been agreed for two LNG tanks and one LNG berth for the NFS project, plus all associated pipelines on both projects.

Qatar has also been bringing more of its existing LNG capacity under state control. In late March, QP announced that it would take full control of the 10mn mt/yr Qatargas LNG company (QG1), when existing agreements expire at the end of this year. QG1 was set up in 1984 as the country’s first LNG producer and is currently owned by QP, Total, ExxonMobil, Marubeni and Mitsui.

The North Field extends into Iranian waters as the South Pars field, but there has been little development there for a while, largely due to international sanctions, and output is limited to 500 mmcm/d pipeline supply to the domestic market, along with significant liquids production. TotalEnergies, then Total, signed a major expansion contract before sanctions were re-imposed in 2018, but most observers do not expect much investment under the current Raisi government in Tehran, even if sanctions are lifted as expected.

Many of Qatar’s existing long term contracts are coming up to expiry, leaving the country with large additional unplaced capacity to add to the new capacity from North Field East – as well as at the 18mn t/yr Golden Pass project in the US, where QP is in partnership with ExxonMobil. This means Qatar has plenty of gas for sale - Wood Mackenzie estimates over 75mn mt/yr by 2027 (including Golden Pass, which comes onstream in 2026) - and has consequently dominated recent deals in the term market.
Contracts have included a 10-year SPA with Pakistan for up to 3mn mt/yr from 2022, along with another with Vitol to supply Bangladesh with 1.25mn mt/yr from the end of this year. And in March, QP concluded a 10-year 2mn mt/yr SPA with Sinopec starting in January 2022. Other deals include a 10-year 1.8mn mt/yr agreement with Singapore’s Pavilion Energy signed last November.

These deals are all for ten years, rather than the 20-year deals more typical in the past, and still leaves considerable uncontracted volume. To help find all the LNG a home, QP has set up a new LNG trading arm, QP Trading. Spot sales are expected to rise, which could act as a bearish factor in the market. However, given recent tightness, spot sales would also be able to take advantage of high benchmark gas prices, which are currently near record levels and higher than crude-linked term prices.
Qatari gas is cheap with a long-term breakeven price of just over $4/mn Btu, making it profitable at most market levels – it is the lowest marginal cost LNG out there and will continue supplying at a profit in all but the most depressed of markets. Combined with the volume available, Qatar is able to pursue LNG market share like no other producer, in a similar way to Saudi Arabia in the oil market – although Saudi has much bigger spending commitments.

Transporting and receiving the LNG

QP has also been securing advanced LNG carriers and regasification capacity in Europe to help with market access and trading flexibility. QP will construct about 100 new LNG carriers from South Korea and China with a combined value of almost $19bn - the largest LNG shipbuilding program in history. In fact, QP has secured 60% of global LNG shipbuilding capacity between 2020 and 2027. The new vessels will be state-of-the-art and use LNG as a fuel.

On regasification, QP signed a 25-year agreement in late 2020 for 7.2mn mt/yr of capacity at the Isle of Grain LNG import terminal (Europe’s biggest) in the UK from 2025. QP is already a partner in the Adriatic LNG terminal in Italy and has a majority share in the 15.6mn mt/yr South Hook LNG import terminal in Wales. It also has shares in France’s Montoir terminal and all Belgium’s Zeebrugge terminal, among others.

More term deals can be expected over coming months, along with further contract awards and possibly a formal decision to go ahead with NFS. All in the industry will be watching carefully.