Employee Engagement - The Lesson of the Terminator 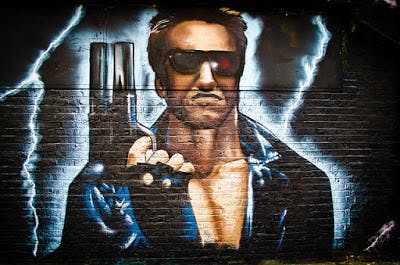 By: Ciaran Nagle, Global Marketing Manager, OND LLC
Remember that great scene in Terminator II
when Arnold Schwarzenegger (who's now on the side of the humans) has just been
poleaxed by the Bad Terminator (Robert Patrick) in the steel foundry and his
lights are about to go out? The existence of humanity depends on him getting up
and pulling Bad T's head off. But he can't because his power source is all used
up. All of his strength, his speed, his sharp wits and his determination to
save the world are at risk because one tiny part of him, his battery, has given
up. 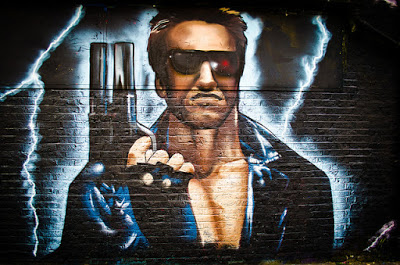 Most corporations are a little like that.
They have talented employees. They have top products and services. They have
good clients. They have a solid partner network. But there's just one part of
them that's given up: the employees. They can't be bothered. Yep, those top
quality candidates who were recruited last year with fire in their eyes and a
hunger to change the world have grown cynical and tired. Something's gone
wrong. And as each one resigns and goes off to search for a better life in a
corporation far away, line managers and HR wearily return to the task of
plugging the gap.
But unless they can find a battery pack
that works, in other words a better engagement strategy, the next recruits will
fare no better than the last.
In the film, just as Arnie's eyes are
dimming and Bad T turns to finish off mad heroine Sarah by switching off her lights
for good, the camera shows Arnie's internal electronics searching for - and
finding - an alternative power source. His eyes light up. Hurrah goes the
audience, we know what will happen next. Ker-ching go the film's backers,
another crowd pleasing - and highly profitable - project.
Corporations too now have a great reason to
cheer. There's a new battery pack around that can turbocharge employee
engagement. Just like Arnie's power source, it's based on impeccable science.
But unlike Arnie's power source, it doesn't need to be the alternative
strategy, it can easily be the main strategy. The new battery pack is teaming science
and it's the talk of boardrooms around the world. It's achieving the apparently
irreconcilable goals of both increasing employee productivity and making employees
much happier. In other words, it's improving employee engagement.
Employee engagement is set to be the
competitive battleground of the next 20 years. Process re-engineering, IT and
total quality initiatives have come and gone. Victory will now go to
organizations that can raise employee engagement to the 90% level from its
current US average of mid 40%. And with its ability to meet the needs both of
individuals and the teams they work in, teaming science is the employee
engagement solution that is making a loud ker-ching sound in boardrooms the
world over. This should come as no surprise. It's a crowd pleasing - and highly
profitable - project. 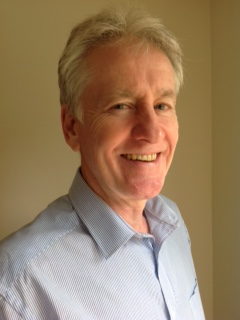 About the Author: Ciaran was introduced to Method Teaming, OND's ground-breaking science for effective business team formation four years ago. Realizing that his marketing skills, honed at GE over 10 years, could help OND break out of their narrow client set (HPE, Big Four Consultancies) into the wider corporate world he was excited to become their world marketing head. He is based in London and can be reached at ciaran.nagle@methodteaming.com.