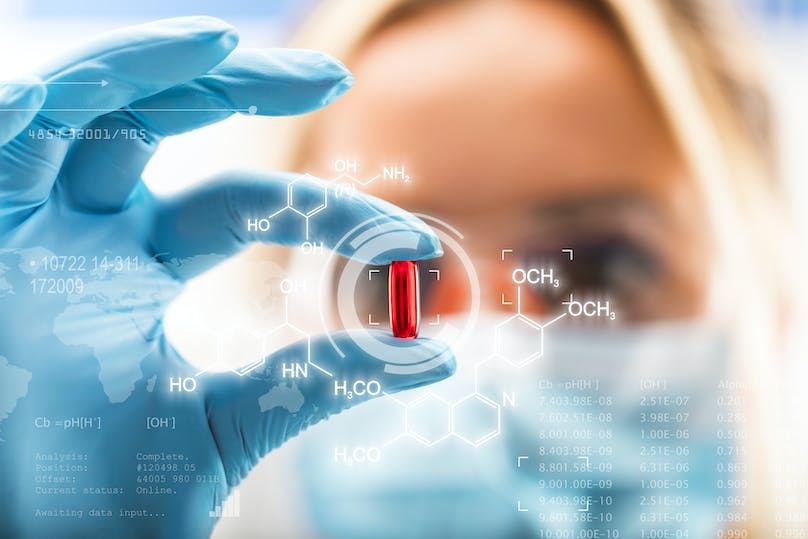 Never before in the history of human medicine has so much been owed by so many to so few. Often, relatively small Enabling Technology Platform companies are changing the future for patients, drug discovery scientists, therapeutic scientists, developers, new therapy approach scientists, plus payers. Great biotech and pharma discoveries have repeatedly been products from platform technology companies. Once their technology is validated, these companies can rapidly produce a wealth of therapeutics derived from the same platform approach. Therefore, some of the highest valued companies have been platform players with a pipeline of developing compounds.

In the drug discovery space, Secarna develops highly specific, safety-optimized and efficacious antisense oligonucleotide (ASO) therapies based on its next generation ASO platform,  LNAplusTM. The technology is able to tackle challenging or currently not druggable targets where antisense approaches have clear benefits over other therapeutic modalities. Currently,  the Martinsried-based Munich company runs 15 development programs focusing on indications such as immuno-oncology, immunology, antiviral, fibrotic diseases, ophthalmology, neurodegenerative diseases and cardiometabolic diseases which have proven LNAplusTM to be fast, reliable, scalable and highly efficient.  Secarna’s objective is to advance their programs into pre-clinical development and form strategic partnerships leveraging the strengths of the company and its partners to produce maximum value for the benefit of the alliances throughout their lifetimes.

Further up the development ladder, Imcyse utilizes its unique technology platform structured around the design of Imotopes™, specifically modified peptides, for the generation of cytolytic CD4 T cells that actively and specifically target immune cells involved in autoimmune diseases. The Liège, Belgium-based company is developing IMCY-0098 to stop the progression of type I diabetes by disrupting undesirable autoimmune responses leading to the destruction of insulin-producing beta cells in the pancreas. Recently Imosyce completed a Phase Ib study of its insulin-derived Imotyope™ IMCY-0098; results of this study showed an excellent safety profile and promising early clinical trends. The company is also developing an Imotope™ pipeline for the treatment of other autoimmune diseases. In 2017, Pfizer entered into a research collaboration with Imcyse to develop a specific Imotope™ to treat rheumatoid arthritis.

One such example today is Lyon-based French company Adocia, which has a propriety platform—BioChaperone—a molecular delivery system for therapeutic proteins. Today, the proprietary pipeline includes eight clinical and preclinical programs with positive results from 18 clinical trials in diabetes. Proof of this value is highlighted by two diabetes-focused license agreements for $135 million in upfront and milestone payments, plus double-digit royalties. In 2018, China-based partner Tonghua Dongbao Pharmaceuticals received exclusive rights to develop and commercialize Phase II stage BioChaperone Lispro and  BioChaperone Insulin Combo in China and other undisclosed countries.

Back in Germany, Heidelberg Pharma is taking a similar path, having developed a proprietary Antibody Targeted Amanitin Conjugates (ATAC) technology platform that harnesses the therapeutic modality of antibody-drug conjugates (ADC) with a payload of amanitin to combine the targeting properties of antibodies with the effectiveness of this innovative, ultra-potent toxin. The combination provides a new mode of action in cancer therapy through the induction of apoptosis via the inhibition of RNA Polymerase II, addressing important clinical challenges in the treatment of resistant tumors, dormant tumor cells, and the prevention of tumor recurrence. Heidelberg Pharma successfully provides its comprehensive know-how around the toxin amanitin to companies such as Magenta Therapeutics and Takeda within technology licensing agreements to jointly develop ATACs by coupling the partners’ specific antibodies to the toxin. These ATACs are then being tested in cancer indications and other indication fields such as autoimmune diseases or for gene therapies.

Attention and glory are seldom bestowed on vital players in the healthcare industry that successfully build a technology platform without engaging directly in drug development. And only a few understand the true value that platform company CEVEC adds to the gene therapy industry. Gene therapies are one of the hottest topics in the pharmaceutical industry today, with an increasing number of programs in clinical development. However, production of viral vectors, the vehicles delivering the therapy to its target cells, is still one of the biggest hurdles. CEVEC has developed a unique technology for producing AAV, now the most widely used gene therapy vector, from producer cells, very much like monoclonal antibodies or other proteins are produced today at large scale. Whereas traditional methods for vector production require multiple, transient transfections of cell lines—a process that is difficult to reproduce under industrial conditions and can hardly be scaled-up—the CEVEC technology is based on stable cells that produce viral vectors upon induction making it a fully scalable, high quality process. Or as a pharma expert recently called it: the future “gold standard” in vector manufacturing.

Throughout Europe, company valuations are considered depressed when compared to the US, however citing the examples above reinforces the real excitement and potential being built in European science, R&D and dealmaking. Sometimes, it is important to remind oneself that biotech is working for the good of the worldwide healthcare industry and not just our local markets.

Learn more about these companies and their innovations by attending BIO-Europe Spring® and meeting their representatives.