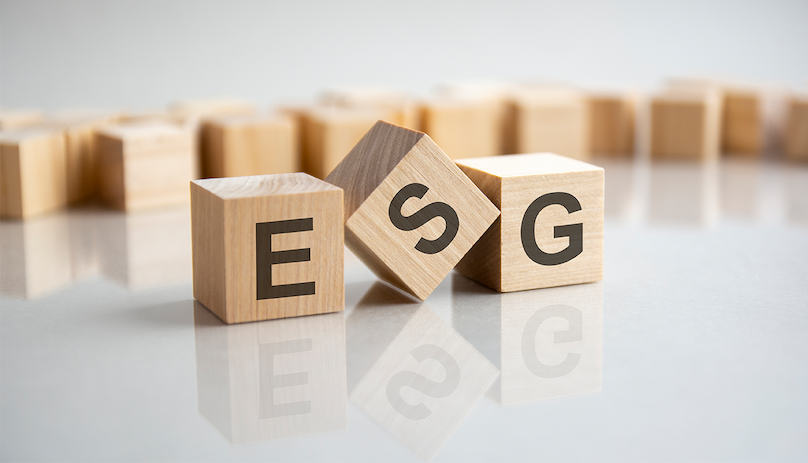 Emissions trading schemes have become a global regulatory tool to accelerate green transition, and in the European Union, banks face tougher rules under the Fundamental Review of the Trading Book (FRTB).

The FRTB includes punitive capital charges for carbon trading under the standardised approach to market risk, which has implications for banks in their role as intermediaries in the emissions trading system.

This is according to the International Swaps and Derivatives Association (ISDA), speaking during RiskMinds International 2022 in Barcelona.

ISDA advocates for a reduced risk weight for carbon trading within the Standardised Approach under FRTB. ISDA published two white papers on capital treatment under the FRTB, the first of which published in July 2021 focused on the EU’s emissions trading scheme (ETS) and proposed that a risk weight of 60% was too conservative, suggesting 37% as more appropriate.

Gregg Jones, Senior Director, Risk and Capital, ISDA, told Risk Minds International that since the publication of the first paper, the European Commission published its CRR3 proposal in October 2021 introducing a new risk bucket of 40% for carbon trading “in line with our recommendation”.

A second paper, published in April 2022 expanded the scope of analysis to include ETS in North America including developments such as the Western Climate Initiative (WCI) and the Regional Greenhouse Gas Initiative (RGGI).

“The ETSs in North America and the UK closely resemble the EU ETS, as all four markets set emissions reduction targets and compliance periods and allocate allowances through auctioning or free allocation,” said Jones.

“Yet the overall and annual reduction targets as well as the respective compliance periods vary across ETSs. Furthermore, the RGGI only targets CO2 reductions, while the EU ETS and WCI cover multiple greenhouse gas emissions,” he added.

ISDA’s presentation was made in the context of a report anticipated in Summer 2023 from the European Banking Authority (EBA), which might result in changes to banks’ regulatory capital requirements.

The industry largely agrees with EBA proposals, ISDA thinks, in particular how climate risks act as a risk driver rather than a risk factor.

There are however data issues which make decisions on capitalization problematic, says ISDA.

“There is a real lack of high quality data to inform any type of calibration,” Jones said. He emphasised the importance of maintaining global consistency within the Basel III regulatory framework, particularly for banks’ Pillar I capital requirements. Panayiotis Dionysopoulos, Head of Capital, ISDA, noted the Bank of England’s interest in Scenario Analysis for the Trading book at another recent conference.

“All the discussion is about mapping the climate risk drivers onto other risk factors,” said Dionysopoulos. “Given the complexity of the problem, this is why we need to work together.” He emphasised the role of scenario analysis for mutualised solutions with standardisation to help address climate challenges.

Physical shocks such as floods and hurricanes can be turned into scenario parameters, ISDA emphasised, mapping climate drivers to market risk factors, and providing standardised trading book climate scenarios. “A lot of publications across jurisdictions are trying to deliver progress through scenario analysis,” Dionysopoulos said. “Banks are increasing resource allocation in this space and there is a strong callout for engagement with the regulatory community.”

He emphasised a virtuous circle between climate change as a driver of risk management, leading to better data, which is fed into scenarios, which with regulatory engagement then feeds capitalisation through the Internal Capital Adequacy Assessment Process (ICAAP). “Some 72% of banks plan to include climate risk within their ICAAP,” Dionysopoulos added. Next steps he described included working on the consistency and standardisation of the methodology used for scenario analyses, as well as improving data requirements and availability.

There are issues with the scope of the KPIs, specifically related to derivatives, Jones explained. This is because as it stands there is an asymmetry where derivatives under certain KPIs are included in the denominator, although not included in the numerator, which causes any ratio to be understated. “It doesn’t make sense for derivatives to be in the denominator and not the numerator – it’s either both or neither,” Jones said.

The European Commission’s Platform on Sustainable Finance (PSF) expert group published its recommendations to the Commission in October 2022. ISDA noted that the report acknowledged the positive economic role of derivatives in green transition but also concerns regarding their use. ISDA will work with the PSF to reach consensus on the treatment of derivatives in taxonomy disclosure KPIs and support the PSF in an appropriate exposure methodology for derivatives.

“There needs to be a lot more work in this space, and we understand that there will be a derivatives-specific workstream to address these problems,” he added.

Concluding, Dionysopoulos noted the conversation was “EU-centric”, with Europe’s legislators and regulators leading the international stage, but that global harmonisation is going to be necessary.

“We’re actively pursuing this, especially in the US. The EU has been leading that space and the EBA paper is a great example of this,” said Dionysopoulos. He also highlighted the Bank of England’s role, with the UK another climate risk leader.

“The UK has a great role to play, we expect more from them and we expect more focus from the US. However, the level of convergence is yet to be determined. That is going to be highly challenging if we end up with different approaches in Europe and North America,” he added.