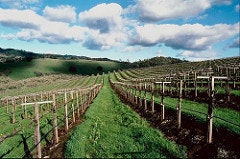 Exclusive First Read Every week through October 2013, we will
post a short excerpt from our Summer Innovation Book Club Pick: Killing Ideas -
You can kill an idea, you can't kill an opportunity By NewEdge CEO, Dr. Pam
Henderson

Our approach to pursuing both opportunities and ideas must have us acting in three roles' that of explorer, farmer, and miner. When we do this, we not only create big ideas and keep our ideas fresh, we also turn around and create new opportunity.


Perhaps the most exciting thing about cultivating really killer ideas is that they don't just produce revenue; they also evoke new opportunity.


They awaken needs that lay unarticulated, create new experiences, and change cultures. If we have an explorer's curiosity, the empathy of the farmer to learn the land and cultivate the seeds, and the intuition and diligence of the miner to follow the value and extract the maximum possible, we will create growth that is truly sustainable.


' Spain, one of the earliest sponsors of exploration, was also one of the first to bring back silver, gold, and the food of the gods, chocolate. But they did not invest as heavily in cultivating new crops as did the English. They pursued mining over farming.


Their lack of cultivation of newly discovered crops resulted in trade imbalances, as all their gold and silver went to countries with the products they wanted to buy. The countries who explored, mined, and farmed were the ones that won in the new economy. England was so successful that eventually the sun never set on the British Empire. - Killing Ideas, Ch 6, Big Mining