Financing the net-zero transition: A key challenge for the financial community 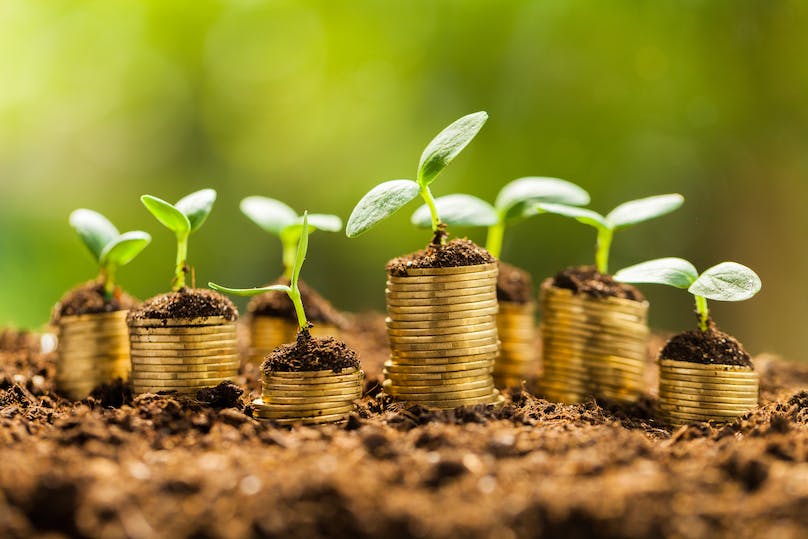 Achieving net-zero greenhouse gas emissions by 2050 has become the stated goal of numerous governments and companies worldwide. But reaching that target will likely be challenging, requiring a full-scale transformation of the economy that affects all sectors. One of the biggest potential challenges is likely to be the financial one: the transition to net zero will require both a substantial increase in spending and a significant re-allocation of capital—all against a backdrop of heightened geopolitical, economic, and financial risk in the wake of the Russian invasion of Ukraine. How might bankers, investors, and others in the financial community respond to the challenge?

Our latest research estimates the potential spending needed in detail. To do so, we use a scenario-based simulation of a relatively orderly path to net-zero emissions by about 2050 from the Network for Greening the Financial System, an organization set up by central banks and supervisors in December 2017 with the goal of strengthening the global response to climate change. Our simulation is neither a projection nor a prediction, but puts an approximate estimate of what would need to happen to achieve net-zero emissions if a more orderly transition path were followed.

In total, we estimate that cumulative spending on physical assets in energy and land use would have to rise to $275 trillion globally over the next 30 years to meet the objective. This represents an annual average of $9.2 trillion, about $3.5 trillion more than is spent today on energy and land use. By comparison, that annual increase would be equivalent to half of 2020’s global corporate profits, one-quarter of total tax revenue, and 15 percent of gross fixed capital formation. It is possible that the spending increase may be smaller—about $1 trillion annually—if policies currently put in place across countries are accounted for, and if their potential growth in population and income to 2050 materializes. In both cases, the spending on adaptation and on measures to blunt the regressive nature of the transition will likely have to be added. Thus, no matter how one looks at it, the price tag may be large.

A massive reallocation of capital will need to accompany the increase in spending. Capital would shift from high-emissions assets such as fossil fuel-based power and internal combustion engine vehicles to low-emission assets, from solar power stations to electric cars. Today, roughly two-thirds of spending on physical assets goes towards high-emissions assets, but that proportion would likely need to be roughly reversed over the next three decades.

The timing of the spending may also have significant implications for financial institutions. Much of it would likely need to be front-loaded, with the biggest potential increase relative to GDP required between 2026 and 2030. And some asset stranding may be inevitable in a net-zero transition. Our research suggests that the size of the stranding could be as high as $2.1 trillion in the power sector alone over the next 30 years (and this was before the current market uncertainty and the potential for adding high-emissions energy production capacity).

Much of the spending could come with a return: transitioning to a net-zero economy will likely spur growth and innovation, including generating new products and new markets. And the spending needs to be weighed against the costs of inaction. Achieving an orderly net-zero transition is key to counter rising physical climate risks, limit warming, and potentially reduce the likelihood of the most significant impacts of climate change.

In this context, what can financial institutions do to support large-scale capital deployment and reallocation, even as they manage their individual risks and opportunities? In the near term, they may want to consider assessing and disclosing their risks and measuring and committing to reduce their financed emissions. Over time, they will likely need to translate these commitments into actions that lower emissions.

Consider four relevant practices for financial institutions. First, they could rethink conventions for risks and returns: some decarbonization projects are likely to have longer-than-normal payback periods, and this possibility may compel financial institutions to adjust their criteria for which projects they finance.

Second, they could do more to assess and disclose climate risks. For example, various regulators and supervisors already require banks to conduct climate-risk assessments, and more are planning to start these assessments.

Third, they could measure and reduce financed emissions. Financial institutions are increasingly making pledges to align their portfolios with 1.5°C or below 2.0°C warming targets or to achieve net-zero financed emissions by a certain date. They have started translating these commitments into targets for sectors and geographies. Given that emissions ultimately are from counterparties, financial institutions may find it helpful to support the transition plans of those counterparties—for instance, by advising them on emissions-abatement methods and introducing partnership opportunities.

Finally, over time, they could translate these commitments into actions that lower emissions, including expanding the range of climate-finance products and services (for example, funding for low-emissions power projects, new financial instruments to support negative emissions or nature-based solutions, and well-governed voluntary carbon markets).

In the long term, the required economic shifts and higher spending open up the prospect of a fundamentally transformed global economy with lower energy costs and numerous other benefits that could be narrowly quantified now. Financing that transition may be key—and financial institutions will likely be at the heart of this.

Hamid Samandari is a senior partner at McKinsey & Company, based in New York. Mekala Krishnan is a McKinsey Global Institute partner, based in Boston. They are co-authors of The net-zero transition: What it would cost, what it could bring.