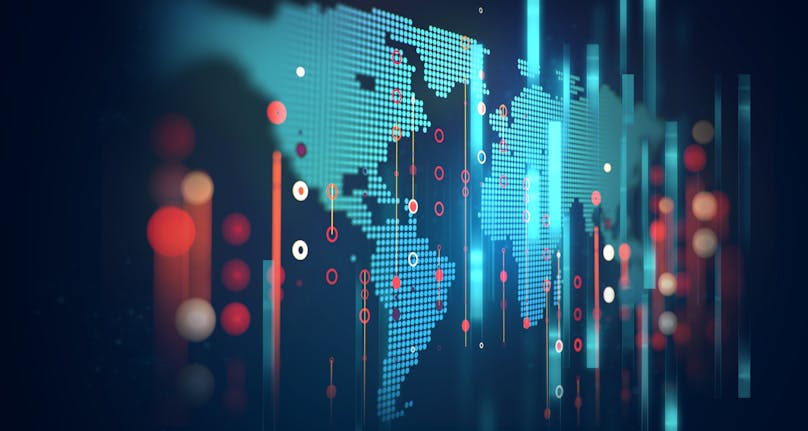 How can firms identify opportunities in a world full of risks?

Perceptions that geopolitical risks are rising and that global financial markets are approaching a cyclical peak, are making global multinationals (MNCs) and investors more risk averse as they look towards 2019 and beyond. The US trade dispute with China, Russia sanctions, volatile oil prices, and continued political uncertainty across all market support a risk-focused narrative that is likely to lead to a period of lower foreign direct investment, and lower returns on investment.

At a high level, this points to a few things in terms of risk mitigation by MNCs and investors:

Oxford Analytica’s latest modelling suggests a negative 12-month outlook for 54% of emerging markets (EMs) and 29% of frontier markets (FMs). Developed markets (DMs) remain stable in aggregate, but the US, UK and Italy are key markets to watch.

These results also highlight that aside from the obvious candidates such as Venezuela, Iran, Iraq, Egypt and Yemen, there are outsized risks in countries such as South Africa, Turkey, Kenya, Nigeria, Italy, Portugal and Spain.

A new system of ratings

These findings are from the new Value at Political Risk (VAPOR) Ratings developed by Oxford Analytica, a political risk advisory and analysis firm, and Willis Towers Watson, a leading risk management, insurance brokerage and advisory firm.

Similar to credit ratings, each VAPOR Rating reflects a minimum and maximum expected loss due to political risk. The VAPOR Ratings are a public-domain adaptation of the VAPOR system which draws on Oxford Analytica’s proven track record of geopolitical analysis and Willis Towers Watson’s experience in modelling risk.

The overall outlook for developed markets is stable. Nonetheless, there are some areas to watch.

In the United States, the trade feud with China and the rapid increase in sovereign debt have become issues of concern. In addition to its impact on sterling, Brexit has created challenges for the business and investment environment, as well as more long-term worries over the durability of the current party system.

Emerging markets growth is likely to remain stifled in 2019. The rise of the dollar with a concurrent depreciation of local currencies has fuelled inflation, though lower oil prices will have varying and distinct impacts.

We note that the political environment will be a key variable to EM success, with more stable polities such as China and Poland outperforming relative to markets such as Brazil, South Africa and Turkey.

Turkey is of particular concern, with outsized risk over currency inconvertibility, sovereign default and trade embargo.

Exposure to the dollar and poor economic headwinds have led to VAPOR estimating a negative 12-month outlook for FMs.

Given their particular exposure to consumer spending and inflation, we anticipate that the logistics, real estate, retail, leisure and agriculture industries will experience particular difficulties in Argentina in 2019.

There is opportunity, too

The ratings also highlight areas of growth and opportunity. We see significant improvements in the outlooks for Greece, Oman and Sri Lanka.

The authority and widespread public approval of New Italian Prime Minister Giuseppe Conte have contributed to Italy’s continued positive outlook. The data indicate outsized benefits for the manufacturing and construction sectors. However, given the fiscal ambitions of the new administration, sovereign and inconvertibility risk remain a concern.

There has been some improvement in the outlooks for China, Japan and other Asian nations. This is due to anticipated improvements in political and trade relations between China and its neighbours as it seeks to mitigate the impact of the trade dispute with the United States.

In frontier markets, Kazakhstan has moved up in the rating as a result of ongoing legal and regulatory reforms that have led to increased foreign investment.

Taking advantage of such opportunities will depend, in part, on the use of better measures of political risk. Currently, with sovereign spreads widely used as a proxy for country risk, the anticipated widening of sovereign spreads against the dollar will reduce the number of estimated net present value positive investments, or increase the time horizon for a return on investment. According to a 2015 study, for every single percentage point rise in FDI project discount rate, net inflows of FDI decrease 12%. Rising sovereign spreads will therefore be an important contributor to a potential decline in FDI. VAPOR offers an alternative approach to measurement; one that is designed to unpack headline risk to highlight opportunities as well.

Should you wish to learn more about the ratings please do not hesitate to contact me at: scoote@oxford-analytica.com