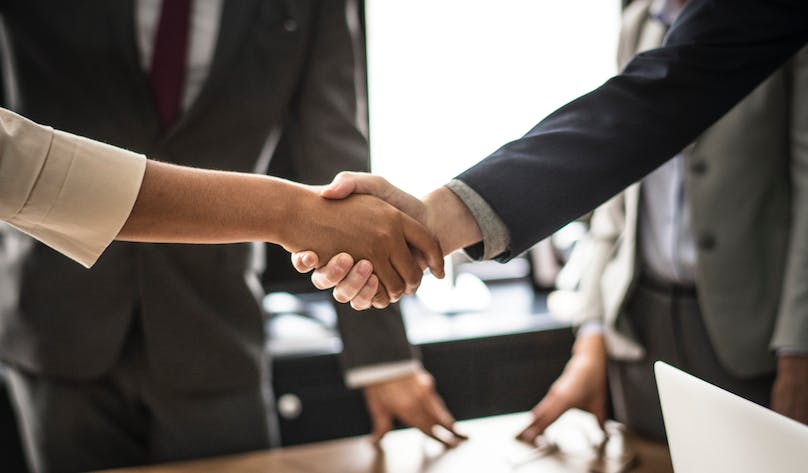 Getting a first-time fund over the finish line is one of the hardest jobs in private equity. Raising capital commitments and keeping enough momentum to close the deal is tough. We hear from the experts who had been successful in raising first time funds and have made it as spin-outs.

According to a recent first-time funds survey by Probitas Partners, 86% of the investment professionals that responded – predominantly based in the US and Europe, but also emerging markets – would invest in first-time funds. However, it was also clear from the survey that these funds have to lift the bar higher in order to attract investors.

Spin-outs come out on top

Kelly DePonte, Managing Director at Probitas Partners, presented the findings of the survey at SuperInvestor 2018 in Amsterdam, giving a clear picture of the market.

Investors were chiefly interested in spin-outs or in managers that had a very clear track record. This was held in higher regard than niche strategies, even when those strategies represented a compelling investment.

First-time fund activity was high, he said, even taking into account the fact that many do not have announced fundraising targets. Historically, the percentage of first-time funds actively raising in the market has hovered between 15% and 25% of the total capital being targeted. The current market total of 23.9% is at the higher end of that range.

Looking at first-time funds by strategy, by far the largest percentage, 44%, was in growth capital, followed by venture at 23.5%, and buyouts at 21.7%.

By their nature, first-time funds are riskier than established funds. The survey identified the greatest of those risks as splitting partners, the length of time to get to market, and, in the case of a sponsored fund, conflicts of interest with third party investors.

Case studies: spin-outs that made it

In the second of the dedicated first-time funds sessions, three GPs recounted their experiences so far.

Radu Georgescu is the Founding Partner of Gecad Ventures and a self-described entrepreneur. Having built a few successful companies, Radu turned his talents to raising a fund, putting a team together to raise €100 million. He hoped to close in January.

Oriol Pinya, Founder & CEO of Abac Capital was part of a spin-out that raised over €300 million.

A central thread running through all of their work was the desire to pursue their own strategy, starting with a clean sheet.

Getting the funds off the ground

With initial costs starting at $1 million, it was imperative, they all said, that founding teams had the resources to cope.

Radu said that the costs comprised legal expertise, rent and salaries for staff, but nothing for partners. Tim added that you had to take into account lost wages: “you could be talking millions, you had better be of high conviction,” he cautioned.

Oriol advised that, in order to be taken seriously by investors, you had to really commit capital to your idea: “You have to be more than two guys with a PowerPoint presentation, you have to have an office, compliance, all the things you would expect from a real GP. ”

But it wasn’t just the business side that you had to take care of, cautioned Tim: “One thing I would add is spend time with your family and make sure you set expectations about what you are going to accomplish. It’s a very big sacrifice and commitment on their part as well, it’s important that they are on board with this. It likely requires a lifestyle change at least in the interim while you raise the fund.”

Marc der Kinderen, Managing Partner at 747 Capital concurred, saying that it was only this high level of confidence and commitment that would drive funds to their close.

While spin-outs and those with a proven track record were viewed the most favourably by investors, these weren’t unsurmountable obstacles, as Radu – whose team had neither of these things – explained: “we had to fight this lack of track record with energy and strategy and convince people we were for real, that we would do it with or without them.”

Even if you were a spin-out, it was critical that you left your existing fund on good terms, said Oriol. “Some of the first questions we got asked when we were raising funds were ‘what does your last fund think, and what are they going to say about you?’”

Tim added that it wasn’t all that unusual to not be able to prove track record or attribution. “You’ve got to convince the LPs that you’re really the person that did these deals,” he said, “but you’ve got to make the process as frictionless as possible, if they have to patch together your track record it’s a lot of work for them and they won’t do it.”

He went on to explain how helpful it was for them that their past deals had garnered press attention, where they were clearly quoted as deal leads. Another reliable source was the references from the executive teams they had recruited to lead the companies they had invested in.

Maintaining enough momentum to get over the finish line could be “like herding cats,” said Radu. The panel agreed that there were several ways to get there.

You had to differentiate yourself from other funds, and tell your story in a succinct way. In addition, you had to offer an incentive – whether that was a fee discount or carry discount – for first close investors. Offering co-investment could also be effective.

Placement agents were also an important slice of the pie. “It’s tough to build the firm brick by brick through your own rolodex,” said Tim. “We used a placement agent and we got to our answer and exceeded target. It was a good outcome, but you have to bear in mind that they are not all equally capable.”

Ultimately, securing that first commitment was an important milestone. “Sometimes no one wants to come in first, but once you have managed to convince someone to trust you the rest is history” said Oriel.

The last in the series of three sessions turned the spotlight onto LPs, with a panel that featured close to 100 years’ combined investment experience.

Gordon Hargraves, Partner at Private Advisors noted that, as Kelly’s survey had suggested, LPs were much more ready to accept first-time funds now: “first-time funds are an important part of the marketplace, there’s a lot more appetite for them now.”

In terms of deal sourcing, Gordon agreed that placement agents were an important source of deal flow. “Often they will vet new managers with us, which is great because they are unfiltered,” he said.

That said, Gordon added that the average period of time they had a relationship prior to investing was over 5 years.

“You need to know the people already for quite some time,” agreed Jan Faber, Managing Director at Bregel Private Equity Partners. “We don’t really have a structured sourcing process, it’s more when we see smart people or firms that we know well, or when we see people leaving then we start conversations. It can take some time before you get to a fund.”

Figuring out whether there was a robust investment process was the easy part, said the panel. One of the major risks all LPs face when investing in first-time funds was track record risk, because the impact of losing a partner could be massive.

“The hardest part is the human capital assessment,” explained Gordon. “And how we asses risk around managers, the team stability and the team weaknesses.”

Some of the panel said that they used external tools to try and arrive at an answer. Marc said that, looking back over the last 20 years, the biggest investment mistakes they had made were the result of something that happened within the dynamics of the first-fund team. In some cases, this couldn’t have been predicted, but in quite a few, the problems could have been picked up in advance.

“In our opinion, it has everything to do with the personalities of the people sitting around the table,” he explained. “If everyone in that investment team is similar, the fund is more likely to fall off a cliff. But a balanced team, with both aggressive and cautious personalities, is more likely to stay the course.”

Searching for that special deal

In the previous session, those running first-time funds had discussed offering economic discounts to investors. But in the LP session, while important, economic incentives were not the be-all and end-all.

“Where we are quite tough is not economics, but governance,” said Jan.

In the end, launching and closing a first-time fund came back to the importance of relationships. It is essential to balance the need for a special economic package with the need to invest with that particular team for a longer term. Ultimately, the panel were all looking for teams that they could invest with over and over again.