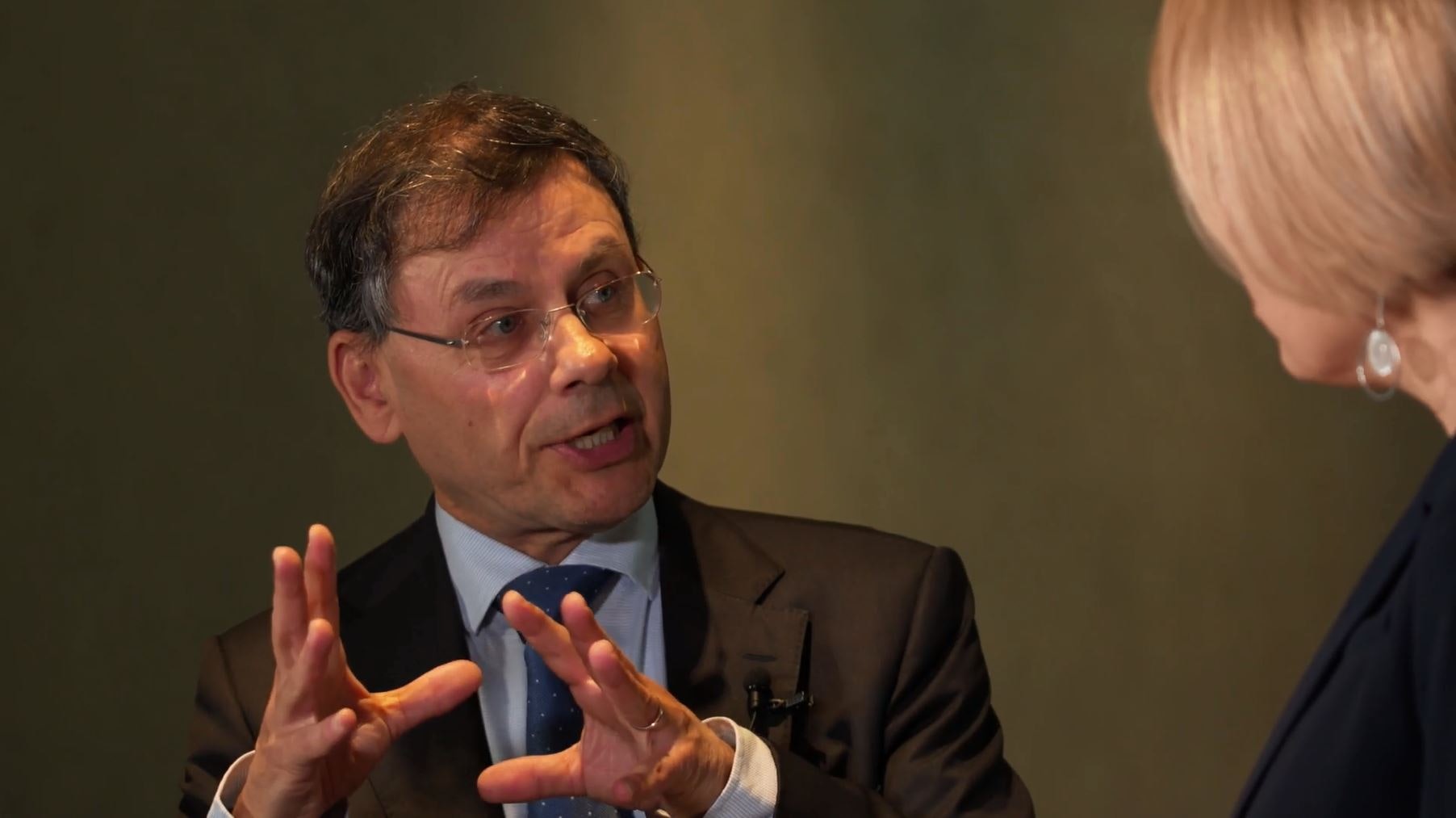 Is hydrogen the vital missing component in the transition to a low carbon economy? We caught up with Noe van Hulst, Hydrogen Envoy to the Dutch Ministry of Economic Affairs and Climate Policy, to find out more about the future of clean hydrogen production.

“If we want to have a cost-effective energy transition, then in the longer-term clean hydrogen needs to be part of the equation.”

Q: What does the present market for hydrogen look like, and how do you see it evolving in the future?

Van Hulst: The biggest market now is really in industry. You’re talking about the chemical industry, refineries, where hydrogen is sometimes a by-product and sometimes used in their own production process.

That is what we call “grey hydrogen” – which means that by producing the hydrogen, CO2 is emitted. This is of course a problem. For the future, when we move towards a decarbonised economy, we want to try to green that grey hydrogen – to make it sustainable.

Q: How do you do that? Is industry already trying to do that now?

Van Hulst: I think there is growing momentum in industry, certainly in the Netherlands, but also in the rest of Europe. Look at all the companies that are saying we want to be climate neutral in 2050, like ThysssenKrupp and other big companies. So I think there is a drive for that.

So how do you do it then? You do it either by adding CO2 storage, CCUS as you call it. Carbon capture and utilisation (sometimes you can use the carbon for other purposes). But what you cannot use you then have to store underground.

You can even produce hydrogen from green electricity – from renewable energy. And that of course is the holy grail, the ultimate goal where you can have entirely sustainable, CO2 free hydrogen production and utilisation.

Q: And blue hydrogen is where the production process releases carbon which you are then trying to capture, utilise and store.

Van Hulst: Exactly, that’s what you call blue hydrogen. Blue hydrogen and green hydrogen can both be kept under the umbrella of clean hydrogen – low carbon hydrogen. So that is going to be a big challenge for decarbonising industry.

But it’s not only about decarbonising industry. You’re also talking about utilisation of clean hydrogen for transportation, particularly heavy-duty transportation. For cars, certainly over short distances, electric vehicle batteries are already quite popular and are growing.

But if you talk about longer distances, fleet cars like taxis, and particularly also heavy duty transportation like trucks, buses, trains, ships and ultimately even planes, clean hydrogen can be a really good option.

Q: But surely at the moment there is absolutely none of that infrastructure in place?

You have the first trains, but it’s not yet large-scale. So we need scaling up, and we need also costs to come down, because it’s still relatively expensive. So the big challenge is how do we scale up, and how do we get the costs to come down, to have widespread applications for clean hydrogen.

Q: But surely also your challenge is trying to get investors to look at this when they may be more amenable to pure renewables?

Van Hulst: Absolutely. But the same was true twenty years ago in renewable electricity – in offshore wind or solar policy. And there also you’ve seen that scaling-up and costs coming down. I think if we design smart policies we can achieve that same movement.

Government has a role to play in designing smart policies, but of course the financial sector also needs to get involved, investment funds need to get involved, pension funds etc. And this is all happening at the same time – all these discussions on how we are going to make this happen.

We all know that we need hydrogen ultimately to achieve climate neutrality in 2050, which many people, many countries, many companies want. But we need to make it happen, and it’s not going to be easy – so we need to overcome a lot of those hurdles.

Q: When you look at Dutch policies like trying to get homes off the gas grid, it may feel to some people like hydrogen has missed the boat. How do you counter that?

Van Hulst: I think it’s going to take a long time. Hydrogen will also be part of the answer, and I think you’re seeing that in the UK where very interesting projects are being designed to move households to hydrogen for heating. So that will be an interesting example for us to follow and see what we can learn from that.

But again, we see the main applications in the really very difficult sectors where very few alternatives exist – industry, heavy duty transportation and also storage. Seasonal storage of energy is very hard to do. You cannot do that all with batteries. It’s incredibly difficult, and there are incredibly high volumes that you need, which will be very expensive. So again there hydrogen is going to be part of the solution.

Q: How is industry reacting to that? If you go to a big industrial plant and say that we’d like you to switch to hydrogen, what sort of response do you receive?

Van Hulst: it’s actually happening the other way around. There are a lot of initiatives from refineries who are saying that we know that we need to change, and are asking for us to help design the projects to get them moving with decarbonising through hydrogen.

In the port of Rotterdam for instance, we have very big pilot projects which we’re looking at currently. Refineries are using hydrogen – blue hydrogen in this case – to help them decarbonise.

Q: Public education needs to be a part of this. You have three different types of hydrogen – how do you get the public to see the distinction?

Van Hulst: Absolutely true, I think that’s a critical part of the equation, and we need to work on that. Academics and other independent experts can play a big role there, and are already playing a big role.

What we’re pushing for also is a lot of international cooperation instead of all the countries doing it on their own. If the Netherlands only does its own thing, if the UK does that, Germany, France – we know that progress is going to be much slower than it otherwise would be, and much more costly.

We all need to be very cost conscious. The cost of the whole energy system is a big topic in every country and political debate, so we need to be very smart also in cooperating and telling everybody that if we want to have a cost-effective energy transition, then in the longer-term clean hydrogen needs to be part of the equation.