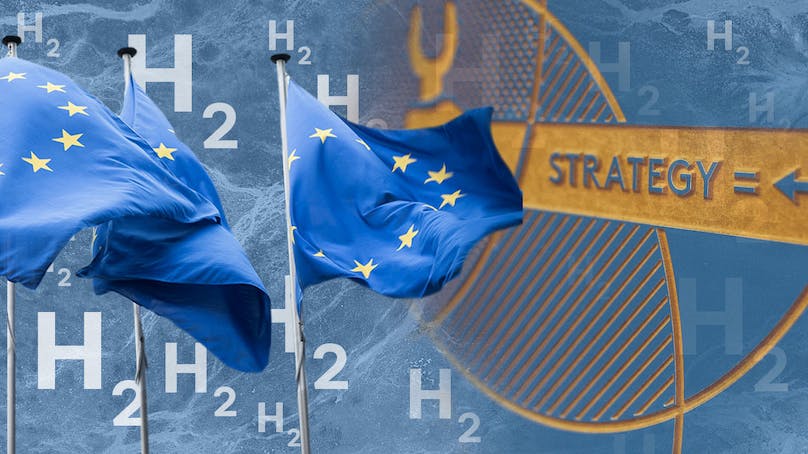 Green and blue hydrogen projects are sprouting up all around the world, especially in Europe, with the low-carbon fuel increasingly seen as a key element in the energy transition. But, while its’ accelerating growth could be accompanied by a corresponding pick-up in the phase out of natural gas, hydrogen does provide opportunities for those in the gas sector, not only in terms of extending the lifetime of some infrastructure and creating new opportunities in CCS, but also in providing a new market for methane as a feedstock for blue hydrogen production.

Hydrogen, which has multiple uses* and can carry and store large quantities of energy over long periods, is increasingly seen as a critical element in any future sustainable energy system dominated by intermittent renewables - with its main competitors being biofuels, batteries and natural gas with carbon capture and storage (CCS) – all of which have significant disadvantages or limitations. According to a recent DNV survey, 67% of oil and gas professionals now believe hydrogen will be a significant part of the energy mix by 2030, and 33% are actively entering the hydrogen market. However, there are still significant problems in handling and transport, and low carbon hydrogen remains expensive to produce compared to conventional fuels – although costs are coming down, and high European carbon prices are improving project economics.

There is strong government support, especially in the EU, UK, and Japan. The UK has a target of developing 5 GW of hydrogen production by 2030, and the EU has plans to install 4GW of green capacity by 2025 and 40GW by 2030. The EU is also going ahead with a major hydrogen pipeline network, plans for which were expanded in April from 10 countries to 21. Converted gas pipelines are expected to account for 69% of the network, with the rest being new, dedicated hydrogen pipes. Compressors and flow meters will all need to be adjusted or replaced. A repurposing of Europe’s LNG terminals to import hydrogen has also been proposed, as the EU expects there to be a shortfall in indigenous supply – given the lack of cheap and plentiful renewables or gas/CCS (required to produce green or blue hydrogen) in most of continental Europe. Uniper said in mid-April that it wanted to switch plans for an LNG import terminal at the German port of Wilhelmshaven into a hub for hydrogen and ammonia, while others are considering new dedicated hydrogen import facilities.

For gas producers, blue hydrogen (produced through methane reformation plus CCS) means some existing infrastructure and fields, both full and depleted, can still be used as decarbonisation takes place, while offshore and engineering skills can also be useful in developing green hydrogen (produced from electrolysis of water using renewable power) projects. Currently blue hydrogen costs are lower than green hydrogen although this is expected to narrow over time. In the UK, blue hydrogen is being encouraged by the regulator, the Oil and Gas Authority (OGA), which sees it as a means to maximise economic recovery of UK gas resources, while still cutting carbon emissions. Major energy exporters are also looking at expanding production, including Saudi Arabia, and Russia - which is targeting 20-25% of the global hydrogen market by 2035, or 2-7mn t/yr, with an interim target of 200,000 t in 2024, according to government comments in early April. As well as blue and green hydrogen, Gazprom is researching pyrolysis, which would involve splitting methane into hydrogen (turquoise hydrogen) and solid carbon. Russia is also considering yellow hydrogen production using nuclear power.

It is important for the extent to which hydrogen has been decarbonized to be considered. A typical green hydrogen still produces about 0.6 kg CO2e/kg H2, while blue hydrogen (with CCS) can be nearer 1.5 kg CO2e/kg H2 - and higher if leaky or high carbon-intensity gas sources are used. This could encourage upstream net zero programmes as suppliers seek to avoid being excluded from EU hydrogen markets, which are considering tight carbon limits.

Companies are increasingly confident that the market will grow and are beginning to invest in production. To date, of the 228 hydrogen projects have been announced globally, 55% of them – 126 projects – are in Europe, according to a report from the Hydrogen Council and consultancy McKinsey. Most of these projects are due to launch before 2030, and if they all go ahead, investment to 2030 will exceed $300 billion – although this is just 1.4% of total energy sector investment, and much of that has still to be confirmed. Development is then expected to ramp up in scale from 2030 onwards, with over $2.5 trillion-worth of projects already planned globally up to 2050, according to the Hydrogen Council.

Most European integrated oil and gas companies are following an initial strategy of replacing legacy grey hydrogen (made, like blue hydrogen, by reforming methane, but without the CCS) production at refineries with green or blue hydrogen, and then expanding supply to nearby industrial clusters. This maximises existing infrastructure utilisation and keeps transport costs down. In the UK, with its relatively cheap indigenous gas supply and depleted field storage options, there are several big blue projects planned. These include BP’s 1GW blue hydrogen project at the proposed net-zero industrial cluster in Teesside, which will supply steel, ammonia, and fertilizer plants; and the HyNet project in the Northwest of England, which is centred on Essar’s Stanlow refinery and expected to produce 3 TWh/yr of hydrogen from 2025.

In Europe, most projects are green. For example, Shell is developing a 200 MW electrolyser to produce green hydrogen at its Pernis refinery near Rotterdam, using wind as feedstock; while BP and leading wind producer, Orsted, will produce green hydrogen at the Lingen refinery in Germany. Some blue projects are also going ahead, including at Germany’s Duisburg steelworks, where CO2 emissions will be captured and shipped to Equinor’s Northern Lights project off Norway for storage. Among Europe’s largest projects are the 1.4 GW electrolyser NortH2 in the Netherlands, with partners including Equinor and Shell; and Orsted’s SeaH2Land project in Netherlands/Belgium, which aims to link 2GW of offshore wind to 1GW of electrolysis capacity supplying industrial demand in the Rhine delta area. Big green hydrogen/ammonia export projects are also being planned in the Middle East and Australia aimed at markets in Japan and South Korea – where limited domestic renewables and no gas, mean both are focusing on importing hydrogen, rather than producing it at home.

Hydrogen could even be a suitable fuel for the aviation sector, where Air Bus recently announced it planned to introduce a hydrogen-fuelled passenger aircraft by 2030. Indeed, there are not many energy fields where hydrogen use is not being considered, and as more countries sign up to net-zero commitments and costs keep falling, hydrogen could well become the fuel of the future alongside renewables - in what could eventually be a neater-than-expected transition away from fossil fuels. Nevertheless, huge challenges remain in fine-tuning the technology, as well as in scaling up production, transportation, and storage infrastructure, and getting costs down.

* Adding hydrogen to the gas grid for industrial and residential heating is already being widely trialled. Hydrogen-fired power generation is being developed, including at SEE and Equinor’s 1800MW Keadby plant in the UK, while over in Japan the same is being done with an ammonia-fuelled plant – ammonia (NH3) is a means of carrying hydrogen in liquid form, making it easier to transport. Hydrogen or ammonia can also be used as a fuel in cars, heavy transport, aviation, and shipping.