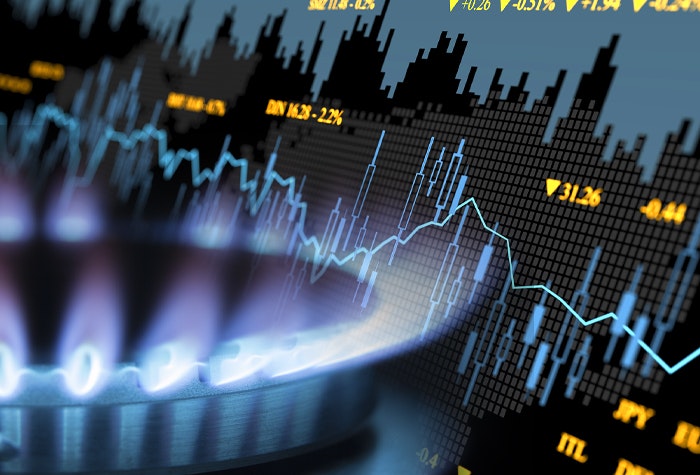 In May, the IEA released a transformational road map on how the global energy system could transform and achieve net-zero carbon emissions by 2050. Its recommendations include no new upstream projects, and, of course, a dramatic ramp up in investment in renewables and other low carbon alternatives. Gas fares better than oil, with gas demand continuing to rise until the mid-2020s, but it then halves from that peak by 2050, highlighting the risk of stranded assets and encouraging investors to focus on alternatives now.

On May 18, 2021, the International Energy Agency (IEA) published its Net Zero by 2050 report1, a road map for how the world might limit global warming to 1.5°C (in line with the 2015 Paris Agreement). The report includes over 400 milestones that describe the key measures needed - including no further final investment decisions on new upstream development, as well as no new unabated coal plants. It also recommends no sales of new internal combustion engine cars after 2035, and net-zero emissions in the power sector by 2040. Renewable energy, led by wind and solar, will have to increase from 12% of global energy supply in 2020 to 67% in 2050. By 2050, fossil fuels would supply 20% of total energy use, down from 78% in 2020, with much of the remainder using CCS - while electricity would provide 49%, up from 20% in 2020.

Over the next decade, the plan assumes that existing technologies will be used, but after 2030, the world will need technologies now only in development phases and not yet in widespread production. These include improved batteries for storing electricity, large scale DAC and lower cost methods of producing hydrogen. The IEA noted that overall energy demand would still rise, and energy efficiency would need to improve. Behavioural change would be required at consumer, corporate and government levels. Annual global energy investment would surge from $2trn now to $5trn by 2030 to reach net-zero emissions, which would add 0.4 percentage points a year to global GDP growth, according to a joint analysis with the IMF – making it expensive, but very much doable. A market of this size would also inevitably create many significant new profitable opportunities.

The impact on natural gas

Looking at gas specifically, the report shows that demand would initially rise under the roadmap after a slight dip last year, but only until the mid‐2020s, reaching a peak of around 4300bn m3 per year, before dropping to 3700bn m3 in 2030, and to just 1750bn m3 in 2050. By 2050, natural gas use would be 55% lower than in 2020 – compared to a fall of 75% for oil, which never regains its 2019 peak. So, gas gets off relatively lightly in that respect. But, like oil, the report says no new upstream developments are needed beyond those already under development. Also not needed would be many of the LNG liquefaction facilities currently under construction or at the planning stage.

Between 2020 and 2050, natural gas traded as LNG would drop by 60% and trade by pipeline by 65% - shrinking markets to the size they were before the 1990s. The report says that, during the 2030s, global natural gas demand declines of over 5%/yr on average, would mean some fields may be closed prematurely or shut in temporarily, even if nothing new comes onstream. Declines in gas demand slow after 2040, and by 2050, more than half of natural gas use globally is to produce blue hydrogen in facilities with CCUS, says the report. There is also a large volume of green hydrogen expected from electrolysis, which, along with higher biomethane use and the blue hydrogen, means that the decline in total gaseous fuels is much less than the decline in natural gas – which suggests the long term future of the broader gas sector generally still looks promising, while the lifetime of some natural gas infrastructure could also be extended.

Methane released to the atmosphere (which is a far more potent but shorter-lasting greenhouse gas) was included in the IEA’s emissions reduction plans, and here, unsurprisingly, the natural gas sector fares worse than oil, making it a weak spot for the industry. Methane constitutes about 60% of emissions from the coal and natural gas supply chains compared to just 35% of emissions from the oil supply chain, according to the report. Its route to net zero requires a fall of around 75% in methane emissions from all fossil fuels between 2020 and 2030, so methane emissions will clearly need to be a priority for gas producers, consumers and especially those involved in LNG.

Of course, the IEA’s report is only one way of achieving the zero carbon goal, and other routes may be more favourable for gas. This is particularly true during the late 2020s and 2030s, when many argue that there is considerable potential for coal to gas switching, which may boost gas demand significantly during the initial stages of an energy transition in developing countries, outpacing any reductions in more developed ones. There is also potential upside in feedstock demand for blue hydrogen/ammonia, provided it can get close to zero emissions. Alternative routes to net zero by 2050 (or close) include one from Rystad Energy, which can still accommodate another 10mn boe/d from new fields, although leaves some net emissions in 2050, which implies a temperature rise slightly above 1.5c.

Many developed nation governments and environmental campaigners welcomed the report, along with companies leading the transition, and it is likely to provide more pressure for change – along with this summer’s (now regular) temperature records and other extreme weather events. Others, however, were less enthusiastic, particularly major producers in Russia and the Middle East, and even governments in Japan, Norway and Australia said their countries would not stop investing in fossil fuels. Critics claim intermittent renewable power simply will not be able to meet the scale of future demand alone, especially as the energy consuming aspirations of those in the developed world begin to be fully met. They also say the IEA has not allowed for the benefits of coal to gas switching in power generation, and gas’ complimentary role alongside renewables. Nevertheless, some of the same critics are already considering switching certain gas project plans to hydrogen, methanol, or ammonia.

A transition of the sort the report recommends would mean difficulties for those reliant on fossil fuels, and the IEA’s Turkish head, Fatih Birol, acknowledged that it would lead to economic upheaval in some countries. However, he suggested it could play more to the advantage of major exporters such as Saudi Arabia (and Qatar), whose large low-cost oil and gas reserves may be well placed to take a rising share of a shrinking market. Nevertheless, the Saudi Oil Minister, Prince Abdulaziz bin Salman, was particularly dismissive of the report, saying he would not want bearish oil speculators “living in a La-La Land.”

The IEA have been quiet on decarbonisation in the past, focusing almost exclusively on fossil fuels and often under-estimating or downplaying the growth of renewables, especially solar. But changing attitudes within the group, combined with prompting from the UK Government in the run up to COP26, appeared to make the difference. Achieving a move towards net zero goals is becoming increasingly urgent as actual global temperature rises match or outpace man-made climate change model predictions.