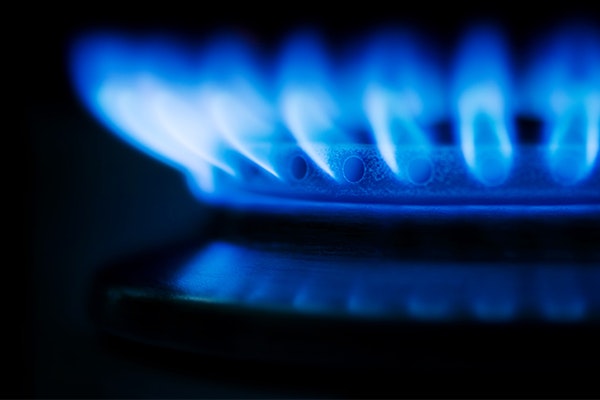 Successful shareholder revolts and legal action are piling pressure on the big publicly traded oil and gas companies to accelerate energy transition plans. This is encouraging the sale of dirty oil-focused assets to private and national oil companies, along with a future investment preference for lower carbon and gas projects – which could result in an increased weighting towards light oil, gas, and LNG among the majors’ future fossil fuel portfolios. Nevertheless, it may mean more gas gets left in the ground in the end.

Growing concern over man-made climate change is making shareholders, courts, and consumers increasingly keen for companies to adjust for a sustainable future, while some investors also believe there are opportunities to profit from the transition, especially following a lack of profitability from fossil fuels over recent years. The momentum has even reached the most traditional of producers. In late May, activist hedge fund Engine No.1 led a shareholder revolt that appointed three sustainability-focused members to Exxon Mobil’s board. Almost 50% of shareholders also voted for a study into reaching net-zero emissions by 2050, which Exxon may adopt, and the company has since pledged to review its transition strategy.

Then, at Chevron, shareholders went a step further, supporting a motion to include Scope 3 emissions (from the end use of fuels produced) in future emissions reduction targets. Earlier in May, ConocoPhillips and Phillips 66 shareholders also rejected company positions and voted to include Scope 3. However, ExxonMobil and Chevron shareholders both rejected proposals that would have required the companies to respond to the International Energy Agency’s recent scenario finding that no new oil and gas fields would be required beyond those that have already been approved for development to reach net-zero emissions by 2050.

Other public companies on both sides of the Atlantic are coming under similar investor pressure to decarbonize their operations. Big funds are involved, as well as activists. For example, the Climate Action 100+ consortium has asked Total to expand its emissions goals and commit to absolute reductions, claiming its plans fall short of the Paris goals. And global investment giant, Blackrock, continues to voice concern over Exxon’s strategic direction and the anticipated impact on its long-term financial performance and competitiveness - even after the Engine No.1 victory. Carbon capture and nature-based offsets are a key component of almost every emissions reduction scheme, but both (especially offsets) remain controversial.

Litigation on the rise

Meanwhile, the risks to the oil and gas industry from climate litigation are also rising. This was illustrated in May, with the ruling of a Dutch court against Shell’s emissions’ reduction plans, which it said were insufficient. The court ordered Shell to raise its emissions reduction target to 45% by 2030, up from 20% currently, and to include Scope 3 emissions. “There is broad international consensus that it is imperative for non-state actors to contribute to emissions reduction,” the ruling said, “and for companies to have an individual responsibility to achieve the reduction targets.”

Following the Dutch ruling, Shell said the demand for hydrocarbons would not be affected by the ruling, and it would be better to convince its customers to use alternatives to fossil fuels, such as bio-LNG or hydrogen in the heavy transport sector - but that this required government action. BlackRock’s CEO, Larry Fink, dubbed the ruling "greenwashing," in that it failed to address fossil fuel demand, placing all the responsibility for tackling climate change on public companies, while exempting governments, consumers, and others.

Shell has said it will accelerate transition plans. "For Shell, this ruling does not mean a change, but rather an acceleration of our strategy," CEO Ben van Beurden wrote. He also emphasized the need to remain profitable, to generate the funds required for green investment. Observers noted that if Shell were to accelerate its transition by selling more high emitting or upstream assets, the problem would just move into the hands of less-accountable NOCs or private companies, unless demand is also addressed.

The ruling is a warning to other oil and gas companies, given Shell’s already relatively ambitious decarbonisation agenda and the rising number of legal challenges. Total already faces a similar case brought under French law, and claims are also likely in some developing countries, such as Nigeria, The Philippines and Guyana. Most global climate cases are brought in the US, however, and here, not all rulings are going the environmentalists’ way. For example, a few weeks ago, the US Court of Appeals rejected a case filed in New York against BP, Chevron, ConocoPhillips, Exxon, and Shell.

Gas to get off lightly?

Some analysts believe the events mean there is more chance of the majors separating their fossil fuel and clean energy assets to fully exploit their value – especially as ESG investing increasingly prohibits any exposure to oil and gas. But a more likely option is more rapid divestment or investment cuts. These are expected to be directed at the more polluting oil end of the fossil fuel scale, which should mean gas investment and production plans are less affected. For example, Shell recently sold three US high-emitting refineries in the US, while larger longer term oil sands and deepwater options have been scrapped. The focus on carbon intensity is likely to grow, and become almost as important a factor as cost.

Nevertheless, overall upstream oil and gas budgets could be reduced, which may knock-on to some gas projects as well as oil. For example, following the shareholder action, Exxon agreed to limit oil and gas capex in favour of scaling up investment in low-carbon technologies. Most exposed are big, costly projects in advanced countries, including potential new Australian LNG projects, and even additional fields required to supply Australia’s existing plants. This could mean resources such as the $26 billion Browse field off the WA coast and Sunrise in the Timor Sea would stay in the ground. On the other hand, the events are unlikely to affect Norwegian pipeline gas, given Equinor’s recent production and investments outlooks - nor US and Qatari LNG, which have better economics.

Under its base scenario, Shell expects gas demand to continue growing until after 2040, and even under its most ambitious new Sky 1.5c scenario, which is designed to limit temperature increases to 1.5c, Shell does not expect gas demand to peak until 2034, although after that it expects a quick decline. Qatar also has forecast a peak around 2040. Even so, buyers are increasingly unwilling to sign long-term contracts for LNG, leaving sellers with the climate risk exposure beyond 5-10 years. And that risk is growing – if temperature records, like the ones seen in Russia, Canada, and the US already this summer, keep being repeated year after year (which is increasingly becoming the case), more concerted and ambitious global action to reduce all fossil fuel use becomes increasingly likely.