#FuseFactFriday: Name it, rate it, tune it, print it... 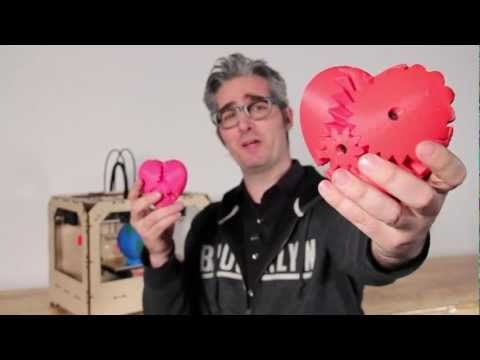 Here at the Next Big Design blog, we're already looking forward to April when we will once again be heading to the FUSE conference. From now until April 18th, we're bringing back our popular feature from 2011: #FUSEFactFriday.

FUSE Fact Friday will highlight some of the key takeaways from the 2011 conference, including inspirational quotes, main themes and more. Each week, we'll dive in to our 2011 executive summary and remember some of our favorite presentations and moments from last year.

Today's FFF Fact is:
The mass produced can now have one-of-a-kind human touches even while on the production line.

Keynote Karim Rashid spoke to the Fuse 2011 audience about the fact that 92% of the world's products are made by machines, but that those machines are now offering ever more customized and personalized products. The future as Rashid sees it is one of humanization and personalization in an increasingly industrial age.

This holds true more than ever today. Since the 2011 event, 3D Printing has become a huge trend. Recently a transplant jaw bone was produced via 3D printer, and "Physibles," are allowing torrent users to download design plans. Check out this video about the Makerbot Replicator:

To find out more about this year's FUSE, coming up in Chicago on April 18-20, visit the webpage. Plus, join us on Twitter, Facebook or LinkedIn to begin networking with the FUSE community now.