Reframing Time to Hunt the Future: A Chat with Erica Orange 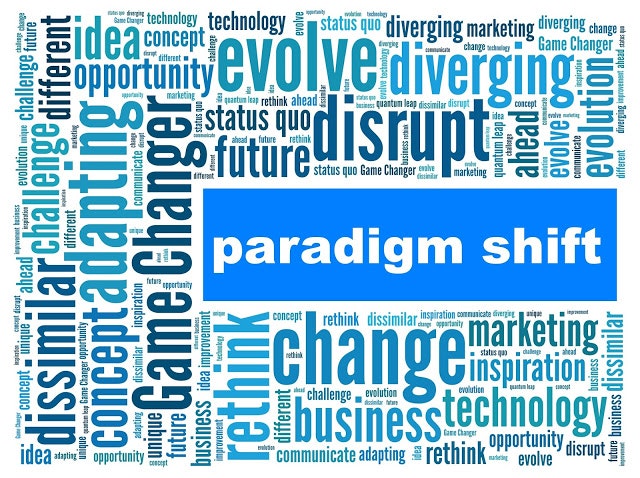 During our FUSE Calls series this spring, Dan Mandinabeitia, Informa's Head of Branding and Design sat down with futurist Erica Orange to discuss trends, counter-trends and what Orange calls "cybrids" (children aged 18 and under who, due to technology, are biologically evolving differently than those who came before them). Their discussion delved into questions of whether we , as a culture, are headed to a utopian or dystopian future and brought to mind a satirical film I saw recently called "Wild in the Streets". Any of you who are fans of art films or retro movies may be familiar with this 1968 film. It presented a dystopian future where the vote is given to 14 year olds and mandatory retirement is imposed for those over 30. Wikipedia describes it as a "reductio ad absurdum projection of contemporary issues of the time, taken to extremes, and played poignantly during 1968, an election year with many controversies." Interesting that now we're in an equally controversial election year, the outcomes of this combined with a new generation with a "changed brain structure" growing up and joining the workforce all makes for some interesting speculation on what the next ten years will look like. 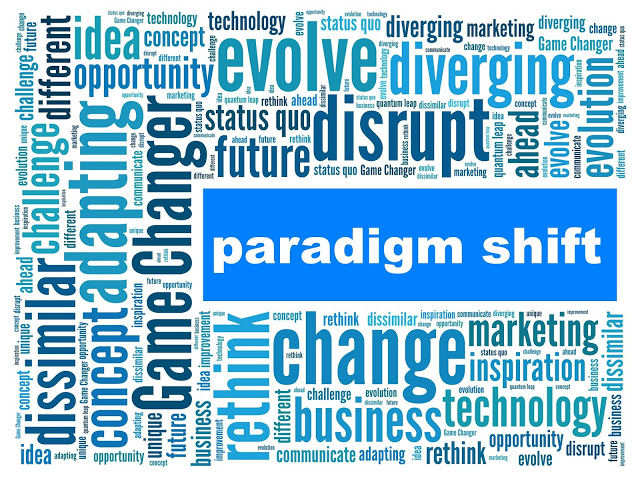 Dan opened their informative chat with the comment/question: "you use long term trends as a catalyst to see the future with a new set of eyes."

Erica: "It's our job to study the future on a continual basis. I'm looking at social trends, economic, technological, demographic, environmental, you name it. How all of these things intersect and then extrapolating out to what the strategic opportunities and strategic threats are for people."

"Seeing it through new eyes ' we get so trapped in our thinking that oftentimes we act with blinders on, we accumulate knowledge based on what we know and we think it makes us able to see disruptive things happening on the horizon differently. But it also impedes us from seeing new disruptive trends. It's my job to open peoples' eyes get them thinking differently. See how all of these things interact and intersect and influence the future of pretty much every industry across the board."

Dan: "Future Hunters has an allure or a mystery to it. You claim your process is time tested and you don't follow fads. What goes into your process?"

Erica: "We rebranded as Future Hunters last year... (the company Weiner, Edrich, Brown, Inc.) was actually co founded in the mid 1970s. The process we used back then is the same we use today. Which is different from trend analysts who use the new digital tools to aid in their trend hunting process whether it's algorithms or social media scanners. For us there's only so much that you can rely on from a technological prospective. The key in the art of what we do is very much based on the human eye. Pattern recognition is really the number one part of my job. I think in terms of Venn diagrams. How these things intersect. We do a lot of reading, a lot of analysis, it's based much more in the qual than the quant. We're not running our own research studies, we're dependent on other people's research. We're the ones connecting the dots. It's definitely more of an art than a science."
Dan: "Can you tell us in a nutshell what the consumer of tomorrow looks like?" 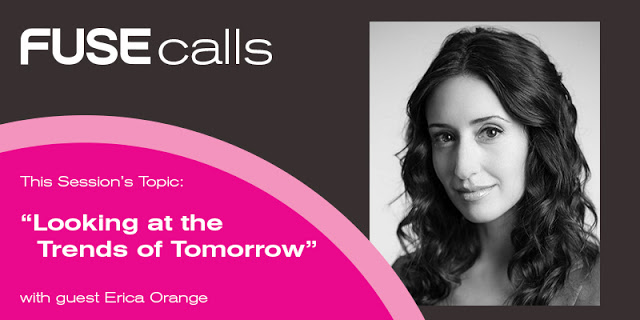 Dan: "Today's brands are on the spot to engage customers."

Erica: "The evolution of storytelling is profound. Consumers are getting in on the process and sharing their experiences with the brand, it's very consumer centric."
Dan: "Are we entering a utopian or dystopian society? Do you have a perspective?"

Erica: "Making that determination is based on a value judgment. I go back to  - seeing the future with a new set of eyes means stripping away all those inherent value judgments; this is the hardest part of my job. It's human nature to attach some sort of view point on whether this is an exciting development or scary develpment vs. just seeing it for what it is. Underlying much of what is happening... whether it's tech progress or the future of empathy on the more human end of the spectrum...What's tying this all together is just reframing and reunderstanding time in a completely new way. Brands are playing a game of catch up with this. When you couple the exponential rate of technological change with what's happening from a time perspective. Time is just getting faster and faster. It's going from something we once viewed as linear and sequential' now it's happening simultaneously. So we can live many lives at once, whether it's in the real world and virtual reality, we can be many different personas. From a design and also from a marketing and advertising perspective the consumer of today is so much more multifaceted. Getting to the heart of what makes them tick when they're one person one day and another person the next becomes really difficult. Time in the years to come is only going to become even faster."

Dan: "If time is speeding up, I am seeing brands having to be more and more authentic and honest. Do you think at some point will the brands just say well 'we're a lot more human, we're a lot less perfect'."

Erica: "When we look at 'cybrids'' those under the age of 18, especially those under age of 10, they're the 1st generation in history to have different neural wiring than the generations that preceded them. This is caused by access and exposure to technology at such a young age that it is literally rewiring their brains and their neural connections. They're the 1st generation in history to have a truly symbiotic relationship with technology. This symbiosis with technology is changing their perceptions, cognition, purchasing decisions, buying habits and how they learn. For a lot of brands being able to attach something from a design perspective directly to their brains - and a changed brain is going to be critical'When we have a changed brain structure, really understanding what makes them tick will be critical. At the same time, it's the generation that also is craving the other end of the spectrum, that face to face interaction. How to effectively marry the two is the million dollar question in the years to come. .. Who knows how these brain differences are going to manifest as they go into the workplace. There are things they are going to be hyper proficient at' in other ways, keeping them engaged and interested - present - will be interesting."

Dan: "Anything particularly inspiring in design trends around the world?"

Erica: "4D printing. In 50 years, go into an IKEA store. Right now you take home a box with 100 pieces, you have to put them together. Imagine being able to 3D print out all those separate pieces at home, they are infused with smart nanobots that know how to assemble themselves. That's what researchers at MIT are looking at.

Dan: "I could geek out on this all day. From a top level perspective, what does the best brand strategy look like in 10 years. Can you tell me what brands will be most powerful in 2026?"

Erica: "I can't. I would argue that the brands that will be the most powerful in 2026 don't exist yet. If you asked me this 10 years ago, many of the companies that I would answer today either were not in existence or 'were in a different form. I go back to this whole notion of time, when things speed up so quickly, and so many of these cycles are so unpredictable. I would say the major disruptor are companies that are probably going to be owned and created by cybrids.

Dan: "From talking to you Erica, I can safely say the cybrids are going to take over the earth."

Erica: "For the near future until those younger than them take over!"

You can listen to the full podcast here, or continue picking Erica's brain about cybrids and 4D printing at @erorange.