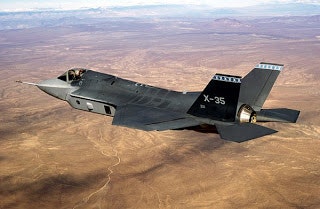 We recently gave you a 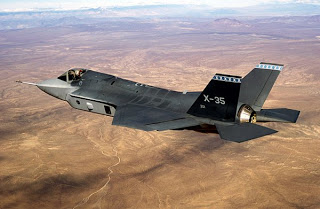 look at what our military is innovating to stay ahead in combat situations. I recently found an article by Andy Blumenthal of User-Centric Enterprise Architecture, and he highlighted worldwide when it comes to innovation on military technologies. His main stance is that ideas do not only come from within the enterprise, but from throughout the world, and this point can be seen from the technologies used within the military, and the United States has used others technologies to secure the edge over other militaries. Some of the technologies Blumenthal pointed out in his article were the fact that nuclear weapons came from German Jewish scientists, armored vehicles and air power came from the British, stealth technology came from a Russian algorithm. The US military has taken all of these innovations and used them to improve their military, as have others around the world. One of the newest advancements on the jet fighter, the Joint Strike Fighter (pictured in this article), was a global initiative. Blumenthal also pointed out that the US population counts for 4.5% of the world's population, and that by 2010, 90% of all scientists and engineers will be located in Asia. Around the world, global innovation needs to be a reality. Blumenthal ends his article with this statement: Innovation is incremental; we can learn from others, build on it, improve on it, and integrate it with our own creativity. Then we are architecting our enterprises with the added force of globalization.