Hastings Bass in the Channel Islands 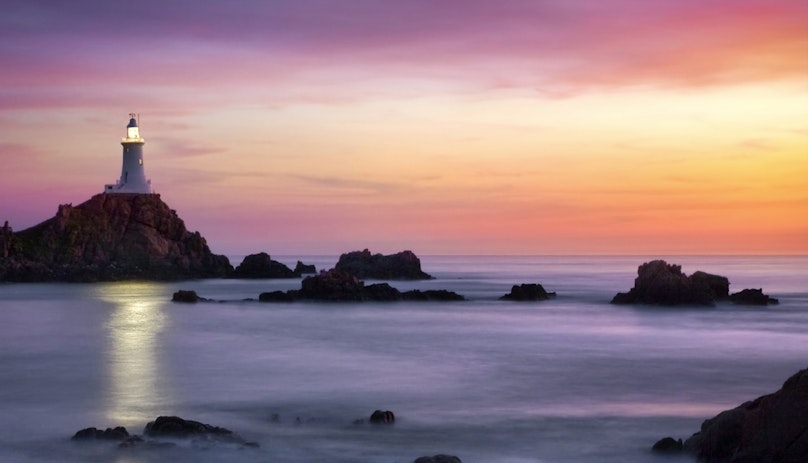 The Rule in Hastings Bass

The rule (or principle, as it is often referred to) is taken from the decision in Re Hastings Bass in the English Court of Appeal in 1975. Lord Justice Buckley set out the rule as follows:

“where by the terms of a trust . . . a trustee is given a discretion as to some matter under which he acts in good faith, the court should not interfere with his action notwithstanding that it does not have the full effect which he intended, unless:

1)    what he achieved is unauthorised by the power conferred upon him; or

The most common application of the rule was under the second limb, where the Court was asked to restore the status quo after a transaction following a trustee’s decision, which has given rise to unforeseen tax consequences.

The principle had been a first port of call for the undoing of transactions which had "gone wrong" in a trust context and, for example, given rise to adverse tax consequences.

In Pitt v Holt, however, the Supreme Court "reined in" the application of the rule in Hastings Bass and firmly established that the doctrine could only be invoked if there had been a breach of duty by the trustees.

Offshore jurisdictions have made moves to limit the effect of Pitt v Holt. In the case of Jersey and others (for example Bermuda), they enacted legislation to do so. Other jurisdictions have judicially rejected the modification of principle laid down in Pitt v Holt and continue to apply the old Hastings Bass principle (for example Cayman Islands and the Isle of Man).

Here we consider the position in the Channel Islands, and contrast the two different approaches between Guernsey and Jersey.

Judicial departure and the position in Guernsey

The powers of the offshore jurisdictions to decide to judicially depart from the Pitt v Holt principles were most significantly exercised by the Isle of Man. The Manx Court has taken a robust independent line in the recent case of AB v CD (2016), where Deemster Doyle warned that:

"It would be a mistake to assume that Manx law would automatically follow English law especially in respect of a decision which appears largely driven by UK policy and UK tax law revenue considerations".

The judiciary in the Isle of Man have therefore taken the express decision to depart from the direction of the Courts in England & Wales.

The Royal Court of Guernsey had been reluctant to follow that path, and via its judgments in M –v- St Anne's Trustees Limited (12 January 2018) and In the matter of the Aylesford and Achilles Trusts (27 February 2018), appeared to push the matter back towards the legislature:

"Unless and until legislation is enacted in this jurisdiction, I continue to hold that Guernsey law should follow Pitt v Holt and I respectfully decline to follow the robust view expressed by Deemster Doyle in the Isle of Man" (In the Matter of the Aylesford/Achilles Trusts)

" …. I can see no reason not to accept the appropriateness of the revised approach in Pitt v Holt. The legal rationale for limiting the liberal availability of the Hastings Bass jurisdiction is the same for Guernsey law as for English law.  It would therefore not be right, in my judgment ….to follow the course which has been trailed in the Isle of Man" (M v St Anne's Trustees Limited).

M v St Anne's Trustees was appealed, and the Court of Appeal in Guernsey handed down its judgment on 20 June 2018. In that appeal however, neither party challenged the decision of the Royal Court that Guernsey law should follow the Pitt v Holt approach, and so the Court of Appeal's judgment proceeded on the assumption that it should.

So although the Court of Appeal's judgment did give some clarification as to how the test set out in Pitt v Holt should be applied in Guernsey, the appeal has confirmed the application of that judgment in Guernsey.

Significantly, the Court of Appeal found that the test does not include a requirement of "unconscionability" as held by the Royal Court. The Court of Appeal found that no such test could be found in the case law for Hastings-Bass relief and such a test was more appropriate in relation to the doctrine of equitable mistake, which can be used by settlors to set aside dispositions into or out of a trust on the grounds that it would be unconscionable for the donee to retain the gift.

We anticipate that now the position has been clarified, and the Court of Appeal has not taken the opportunity (or perhaps was not given the opportunity) to restore the availability of Hastings Bass relief, the Guernsey legislature will consider incorporating an amendment to the Trusts (Guernsey) Law, 2007 – which is currently under review – to bring Guernsey into line with the other offshore jurisdictions.

Legislative amendment and the position in Jersey

Other jurisdictions have taken a more direct approach via their respective legislatures to restoring the principle in Hastings Bass. Very shortly after the Supreme Court's judgment in 2013, Jersey enacted The Trusts (Amendment No. 6) (Jersey) Law 2013 (Amendment No. 6) which came into effect on 25 October 2013 and confirmed the existing Jersey law relating to the rule in Hastings-Bass.

The same amendment also codified the doctrine of equitable mistake, which operates on a similar basis, permitting a settlor who settles property on trust to apply to Court to set aside or unwind transactions. In substance, the codified position is virtually identical to the common law position.

Articles 47G and 47H of Amendment No. 6 are intended to reformulate the common law in Jersey and avoid the revised English test in Pitt v Holt. Those articles specifically state that there is no requirement to show lack of care or fault by the trustee or person exercising a fiduciary power, and so restoring the wider scope of the relief available under the principle in Hastings Bass.

Interestingly, obiter statements in Re The B Life Interest Settlement [2012] JRC 229 indicate that the English test (as revised by the English Court of Appeal and the Supreme Court) would be applied in Jersey if an application was made under the common law.

So while there remains a contrast in the position as it stands in Guernsey and Jersey, it seems that (unlike the Isle of Man) they are aligned on the necessity of legislative intervention to avoid the effects of Pitt v Holt. Whether that will happen in Guernsey remains to be seen.