How is Brexit impacting regulatory development and change? 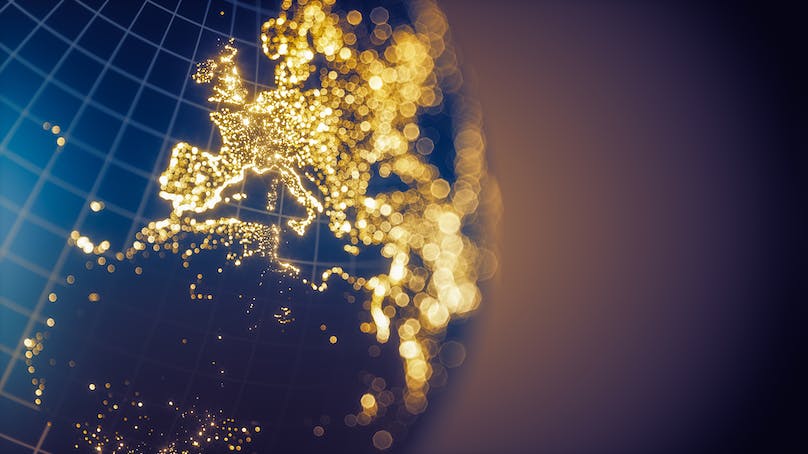 Since the Brexit referendum in 2016, we’ve been waiting for the other shoe to drop. At the beginning of this year, it finally has. Joining us to talk about the challenges Brexit brought on, Katherine Wolicki, Global Head Financial and Model Risk Regulatory Policy and Engagement, HSBC, explores, in particular, the changes in regulatory development and compliance.

We’ve been expecting Brexit for years, but now that it has happened, did it meet expectations?

I guess there was a lot of doom and gloom, “oh it’s the worst, it’s going to be the end of the world”… We did have a negative fallout from Brexit and I’ll talk about that. But I think it wasn’t as bad as a lot of people thought it was going to be, to be perfectly honest.

On the trade front we absolutely saw some changes. There was the famous story of the lorry drivers trying to make it over of the border, out of the euro tunnel, sitting in their vehicles for ages. This was a very high profile instance when we saw how the supply chain was disrupted and saw more friction from the customs union perspective.

There was also a bit of a tiff over the vaccine and trade of vaccines across the continent and the UK, so we saw some things flare up on that front. I have read some studies that suggest that trade in the UK has fallen by approximately 20%, but I think the data is really quite fresh*, so it’s difficult to see to what extent it’s Covid-19 or the disruption, which is happening from trade movement and movement of goods, impacting those figures. However, I do think that that’s an area that’s been impacted [by Brexit].

Moving to my part of the world – finance, banking, financial services sector – I think there absolutely has been an impact.

Some of the more anecdotal impacts we have seen or have heard about were in share trading. There’s been a bit of an increase in share trading, in particular, in Amsterdam, which is something we’ve seen in the headlines and press. Has it impacted us, HSBC, as a firm? Not that much, not per se. Remember, we’ve been talking about Brexit for a long time, and it’s been broadcast for a really long time, so a lot of banks took mitigating actions well in advance. So HSBC and a number of banks did a lot of work setting up operations, getting banking licences, making sure that they had all of the necessary presence that they needed to have within the continent. So I think [Brexit] wasn’t necessarily a cliff edge as such, but a lot of that migration and activity had already happened. We had things like temporary tolerance coming from the ECB from a modelling perspective, making sure that we had the ability to operate where we needed to.

The final point I would like to make is that some of the impacts we saw from a prudential/financial perspective was on the equivalence regimes, which is the area that a lot of people talked about before, e.g. CCP equivalents. This is an area where we actually did see some disruption that had a negative penal impact on HSBC, certainly, and probably other banks, too. We had a statement from the UK come out at the end of last year, November time (2020), that said they had 16 equivalence decisions and they deem the EU to be equivalent across a number of different regimes, e.g. CRR, NER, and other market infrastructure clearings. Unfortunately, we did not have a reciprocation of that agreement from the European Commission*, which meant that on the flip side, for certain things like CVA intragroup capital that we were holding within our French entity for other third country operations, we didn’t enjoy the benefit of no CBA charge. So we definitely felt an impact there.

To wrap up and to take a step back; was [Brexit] as dramatic as people said it would be? From where I was sitting, no. But there absolutely was an impact on trade and supply chains overall, and we would see some pockets of impact on the prudential space, too.

How has Brexit impacted regulatory development and change?

All of the regulation that was in force and live in the EU Official Journal before the end of the year – before 31 December [2020] 11pm (which is 1 January 2021, 12am on the continent) – was directly imported and converted into applicable UK regulation. But what we’re seeing now is the UK making its own rules, doing its own consultation papers. Where you would have an RTS (regulatory technical standard) at a European level, you now have a BTS (binding technical standard). So you basically have the PRA in its rule-making capacity which is holding the pen, leading those discussions, and starting to think about what it wants its policies to look like.

Is there a capacity for divergence? Absolutely.

There are software assets, prudential deductions, certain areas where we know the UK has a very different mindset to Europe. But it’s a little too soon to tell, and I don’t think they know yet either. My impression is that on the one hand, the UK is no longer a part of the European Union, so from a rule-making perspective, [the UK] doesn’t need to align to that set of standards. But at the same time, it might want to – and probably does want to be somewhat equivalent. It also needs to be consistent with Basel and the Basel RCAP (Regulatory Consistency Assessment Programme). So will the UK align to the European Union? Or will it align more to the Basel consistency? I think there’s a choice to make here. To what extent do they want to be truly uniform and consistent and to what extent do they want to deviate? Let’s be honest, the economic situation is not great at the moment*, and we know that UK competitiveness is incredibly important, so that has got to be front and centre of their minds.

In summary, the UK will be thinking about what it means to hold the pen and have that rule-making capacity again, being cognizant and aware of the need to remain competitive while staying internationally consistent to Basel. So it’s a fine line – a tightrope – to walk.

What challenges do you foresee moving forward?

There is this search for an identity and for what it means to be a UK bank.

This is very similar to what I think the PRA is probably facing now in terms of its identity as a rule-maker. On the one hand that’s exciting – you’re out there on your own, having more bilateral conversations with the PRA than ever before. But on the other hand, it’s about finding that balance between helping the PRA achieve its objectives that it needs, while also guaranteeing that competitive angle. I think it’s going to be a challenge to figure out how that lands: our identity and the identity of the UK regulatory bodies.

*This interview was conducted in May 2021.