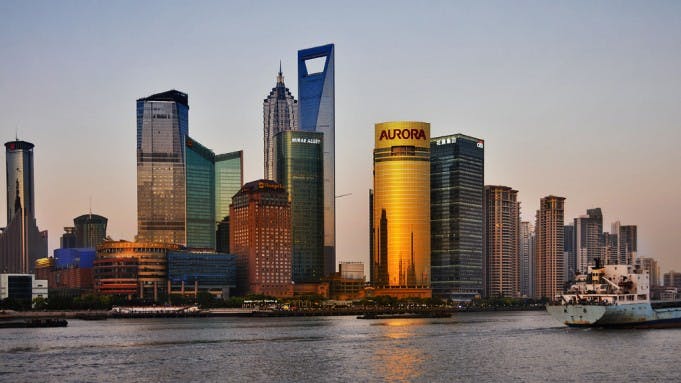 Gresham’s Law, as many of us were taught a while back, stipulates that bad money drives out good. There’s something analogous at work in China’s private equity and venture capital industry. Only here it’s not a debased currency that’s dominating transactions. Instead, it’s Renminbi private equity (PE) firms. Flush with cash and often insensitive to valuation and without any clear imperative to make money for their investors, they are changing the PE industry in China beyond recognition and making life miserable for many dollar-based PE and venture capital (VC) firms.

Renminbi-denominated private equity funds basically didn’t exist until about five years ago. Up until that point, for ten golden years, China’s PE and VC industry was the exclusive province of a hundred or so dollar-based funds: a mix of global heavyweights like Blackstone, KKR, Carlyle and Sequoia, together with pan-Asian firms based in Hong Kong and Singapore and some “China only” dollar general partners like CDH, New Horizon and CITIC Capital. These firms all raised money from much the same group of larger global limited partners (LPs), with a similar sales pitch, to make minority pre-IPO investments in high-growth Chinese private sector companies then take them public in New York or Hong Kong.

All played by pretty much the same set of rules used by PE firms in the US and Europe: valuations would be set at a reasonable price-to-earnings multiple, often single digits, with the usual toolkit of downside protections. Due diligence was to be done according to accepted professional standards, usually by retaining the same Big Four accounting firms and consulting shops doing the same well-paid helper work they perform for PE firms working in the US and Europe. Deals got underwritten to a minimum IRR of about 25%, with an expected hold period of anything up to ten years.

There were some home-run deals done during this time, including investments in companies that grew into some of China’s largest and most profitable: now-familiar names like Baidu, Alibaba, Pingan, Tencent. It was a very good time to be in the China PE and VC game – perhaps a little too good. Chinese government and financial institutions began taking notice of all the money being made in China by these offshore dollar-investing entities. They decided to get in on the action. Rather than relying on raising dollars from LPs outside China, the domestic PE and VC firms chose to raise money in Renminbi (RMB) from investors, often with government connections, in China. Off the bat, this gave these new Renminbi funds one huge advantage. Unlike the dollar funds, the RMB upstarts didn’t need to go through the laborious process of getting official Chinese government approval to convert currency. This meant they could close deals far more quickly.

Stock market liberalization and the birth of a strategy

Helpfully, too, the domestic Chinese stock market was liberalized to allow more private sector companies to go public. Even after last year’s stock market tumble, IPO valuations of 70X previous year’s net income are not unheard of. Yes, RMB firms generally had to wait out a three-year mandated lock-up after IPO. But, the mark-to-market profits from their deals made the earlier gains of the dollar PE and VC firms look like chump change. RMB funds were off to the races.

Almost overnight, China developed a huge, deep pool of institutional money these new RMB funds could tap. The distinction between LP and GP is often blurry. Many of the RMB funds are affiliates of the organizations they raise capital from. Chinese government departments at all levels – local, provincial and national – now play a particularly active role, both committing money and establishing PE and VC funds under their general control.

For these government-backed PE firms, earning money from investing is, at best, only part of their purpose. They are also meant to support the growth of private sector companies by filling a serious financing gap. Bank lending in China is reserved, overwhelmingly, for state-owned companies.

A global LP has fiduciary commitments to honor, and needs to earn a risk-adjusted return. A Chinese government LP, on the other hand, often has no such demand placed on it. PE investing is generally an end-unto-itself, yet another government-funded way to nurture China’s economic development, like building airports and train lines.

Chinese publicly-traded companies also soon got in the act, establishing and funding VC and PE firms of their own using balance sheet cash. They can use these nominally-independent funds to finance M&A deals that would otherwise be either impossible or extremely time-consuming for the listed company to do itself. A Chinese publicly-traded company needs regulatory approval, in most cases, to acquire a company. An RMB fund does not.

The fund buys the company on behalf of the listed company, holding it while the regulatory approvals are sought, including permission to sell new shares to raise cash. When all that’s completed, the fund sells the acquired company at a nice mark-up to its listed company cousin. The listco is happy to pay, since valuations rise like clockwork when M&A deals are announced. It’s called “market cap management” in Chinese. If you’re wondering how the fund and the listco resolve the obvious conflicts of interest, you are raising a question that doesn’t seem to come up often, if at all.

Peter continues his discussion of the growth of Renminbi funds in part two of this series. He also moderates our SuperReturn China 2016 Big Debate: ‘How Do You Best Manage Your Exposure To China?’. Discussants include: