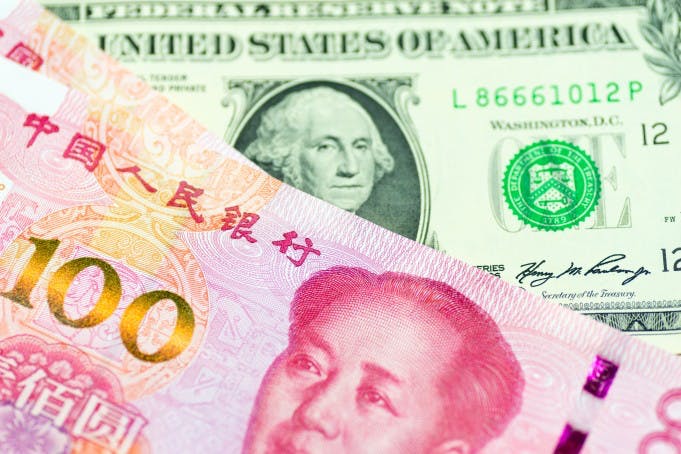 Part two of a series. Read part one.

Gresham’s Law, as many of us were taught a while back, stipulates that bad money drives out good. There’s something analogous at work in China’s private equity and venture capital industry. Only here it’s not a debased currency that’s dominating transactions. Instead, it’s Renminbi private equity (PE) firms. Flush with cash and often insensitive to valuation and without any clear imperative to make money for their investors, they are changing the PE industry in China beyond recognition and making life miserable for many dollar-based PE and venture capital (VC) firms.

From a tiny speck on the PE horizon five years ago, Reminbi (RMB) funds have quickly grown into a hulking presence in China. In many ways, they now run the show, eclipsing global dollar funds in every meaningful category – number of active funds, deals closed and capital raised. RMB funds have proliferated irrespective of the fact there have so far been few successful exits with cash distributions.

The RMB fund industry works by a logic all its own. Valuations are often double, triple or even higher than those offered by dollar funds. Term sheets come in faster, with fewer of the investor preferences dollar funds insist on. Due diligence can often seem perfunctory.  Post-deal monitoring? Often lax, by global standards. From the perspective of many Chinese company owners, dollar PE firms look stingy, slow and troublesome.

The RMB fund industry’s greatest success so far was not the IPO of a portfolio company, but of one of the larger RMB general partners, Jiuding Capital. It listed its shares in 2015 on a largely-unregulated over-the-counter market called The New Third Board. For a time earlier this year, Jiuding had a market cap on par with Blackstone, although its assets under management, profits, and successful deal record are a fraction of the American firm’s.

The main investment thesis of RMB funds has shifted in recent years. Originally, it was to invest in traditional manufacturing companies just ahead of their China IPO. The emphasis has now shifted towards investing in earlier-stage Chinese technology companies. This is in line with China’s central government policy to foster more domestic innovation as a way to sustain long-term GDP growth.

The Shanghai government, which through different agencies and localities has become a major sponsor of new funds, has recently announced a policy to rebate a percentage of failed investments made by RMB funds in Shanghai-based tech companies. Moral hazard isn’t, evidently, as high on their list of priorities as taking some of the risk out of risk-capital investing in start-ups.

Dollar funds, in the main, have mainly been observing all this with sullen expressions. Making matters worse, they are often sitting on portfolios of unexited deals dating back five years or more. The US and Hong Kong stock markets have mainly lost their taste for PE-backed Chinese companies. While RMB funds seem to draw from a bottomless well of available capital, for most dollar funds, raising new money for China investing has never been more difficult.

RMB funds seldom explain themselves, seldom appear at industry forums like SuperReturn. One reason: few of the senior people speak English. Another: they have no interest or need to raise money from global limited partners. They have no real pretensions to expand outside China. They are adapted only and perhaps ideally to their native environment. Dollar funds have come to look a bit like dinosaurs after the asteroid strike.

Can dollar-denominated firms strike back?

Can dollar funds find a way to regain their central role in Chinese alternative investing? It won’t be easy. Start with the fact the dollar funds are all generally the slow movers in a big pack chasing the same sort of deals as their RMB brethren. At the moment, that means companies engaged in online shopping, games, healthcare and mobile services.

A wiser and differentiated approach would probably be to look for opportunities elsewhere. There are plenty of possibilities, not only in traditional manufacturing industry, but in control deals and roll-ups. So far, with few exceptions, there’s little sign of differentiation taking place. Read the fund-raising pitch for dollar and RMB funds and, apart from the difference in language, the two are eerily similar. They sport the same statistics on internet, mobile, online shopping penetration: the same plan to pluck future winners from a crop of look-alike money-losing start-ups.

There is one investment thesis the dollar PE funds have pretty much all to themselves. It’s so-called “delist-relist” deals, where US-quoted Chinese companies are acquired by a PE fund together with the company’s own management, delisted from the US market with the plan to one day IPO on China’s domestic stock exchange. There have been a few successes, such as the relisting last year of Focus Media, a deal partly financed by Carlyle. But, there are at least another forty such deals with over $20bn in equity and debt sunk into them waiting for their chance to relist. These plans suffered a rather sizeable setback recently when the Chinese central government abruptly shelved plans to open a new “strategic stock market” that was meant to be specially suited to these returnee companies. The choice is now between prolonged limbo, or buying a Chinese-listed shell to reverse into, a highly expensive endeavor that sucks out a lot of the profit PE firms hoped to make.

Outspent, outbid and outhustled by the RMB funds, dollar PE funds are on the defensive, struggling just to stay relevant in a market they once dominated. Some are trying to go with the flow and raise RMB funds of their own. Most others are simply waiting and hoping for RMB funds to implode.

So much has lately gone so wrong for many dollar PE and VC in China. Complicating things still further, China’s economy has turned sour of late. But, there’s still a game worth playing. Globally, most institutional investors are under-allocated to China.  A new approach and some new strategies at dollar funds are overdue.

Peter Fuhrman moderates our SuperReturn China 2016 Big Debate: ‘How Do You Best Manage Your Exposure To China?’. Discussants include: