IHT & Non-UK Charities: Was the residue of an estate ‘given to charities’ for IHT purposes? 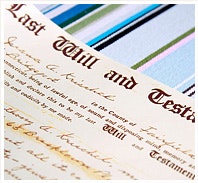 The Court of Appeal has confirmed that a legacy to non-UK charities did not qualify for the inheritance tax exemption in IHTA 1984 s.23 as it was not ‘given to charities’. The question of whether this interpretation complies with EU law was deferred to a later hearing.

The late Beryl Coulter was domiciled in Jersey and left her residuary estate, which included UK assets, in a Jersey trust, ‘the Coulter Trust’, to construct homes for elderly residents of a parish in Jersey, or, in default, to assist the Jersey Hospice Care.

In 2014, Mrs Justice Rose had dismissed the appeal of Mrs Coulter’s executors against a determination by HMRC for approximately £600,000 of inheritance tax. The further appeal raised two issues, the first of which focused on whether Mrs Coulter’s residuary estate was ‘given to charities’ for the purposes of IHTA1984 s.23 and therefore exempt from inheritance tax.

IHTA 1984 s.23(6)(a) has two alternative meanings for property given to charities:

The House of Lords decision in Camille and Henry Dreyfus Foundation Inc v IRC [1956] AC 39, had held that the phrase ‘trust established for charitable purposes only’ for the purpose of the Income Tax Act 1918, contained an implicit limitation such that it only includes trusts that are governed by the law of some part of the UK and are subject to the jurisdiction of the courts of the UK.  It was agreed that while the Coulter Trust was established for charitable purposes as a matter of English law, it was not so for of the purpose of first of limb of IHTA 1984 s.23(6)(a).

The Court of Appeal also held that the phrase ‘held on trust for charitable purposes only’ in the second limb of IHTA 1984 s.23(6)(a) was also subject to the same implicit limitation and so this part of the appeal was dismissed.

The definition of a charity for both income tax and inheritance tax purposes has been replaced by FA 2010 Sch 6 to make it EU law compliant, but this does not extend to Jersey charities as Jersey is outside the EU.

The second part of the appeal will be heard at a later date. It will focus on the EU Treaty freedom of movement of capital, which applies to third countries such as Jersey and whether the limitations asimposed on the definition of charity for IHTA 1984 s.23 constitute an unlawful restriction.