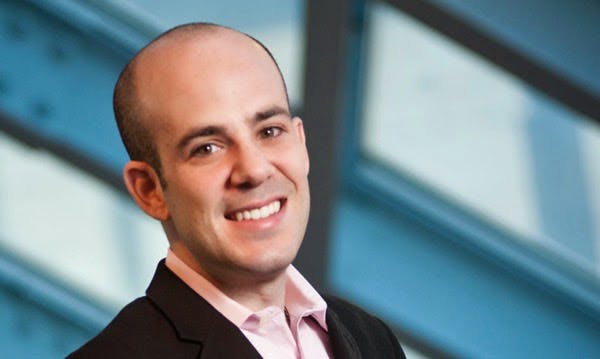 This past week while digging in my bedroom closet to retrieve a gift I had purchased for my wife's birthday, I happened across a copy of a Wired magazine I hadn't read yet. I knew I hadn't read it because it was still in its plastic mailing sheath. Despite my attempt to remain as current as possible when it comes to various types of news, I can't say I'm 100% successful. I'm slightly embarrassed to confess this newly found issue of Wired wasn't new at all. It was from November 2006. As I paged through the magazine however I found it ironically informative and interesting. Although much of the 'gadget' coverage in this issue was somewhat out of date, there were a couple stories I found particularly timely.

On page 136 of the November 2006 issue of Wired magazine begins a story entitled 'The Perfect Thing'. The article recounts the development and October 2001 introduction of a new innovative product.

Any guesses for what this 'perfect thing' might be?

'The Perfect Thing' article was adapted by the author Steven Levy from his book of the same name. If you're familiar with the subject matter of Levy's other work, perhaps you've already figured out this 'perfect thing'. Let's just say I rather enjoyed the chapters from his book 'Hackers' about the early days of Apple that included Steve Wozniak and Steve Jobs.

By October 2001, Woz was long gone from Apple, having left his duties with the company in 1985. The United States had just experienced September 11 and was in the midst of a declining stock market that would bottom out about a year later. Consumer psyches were shaken and confidence was low. Sounds like a perfect time to introduce 'The Perfect Thing'.

When he held it in his hand for the first time just prior to its public launch, Bill Gates said 'It looks like a great product'. Gates got to see this 'perfect thing' because Steven Levy had brought it to a small dinner in New York for a group of journalists on the eve of the Windows XP launch. After examining it carefully, 'It's only for the Macintoch'? Gates asked. At the time, yes.

Figured it out yet?

The Shuffle, Nano, and Touch would all come later. The public love affair began though on October 23, 2001 when the original iPod, now referred to as the iPod classic, was first introduced to the public.

Off the top of my head, it's difficult for me to think of an individual person that personifies 'innovation' more than Steve Jobs. Maybe it's just his image, persona, or mystique that I find appealing. Maybe. But even if you don't like Steve Jobs or want to give more credit to the largely nameless legion of employees at Apple (and Pixar) that help develop its products, you've got to give the man at least some props. His track record virtually demands it (just think what happened to Apple under the helm of John Sculley. No offense John). Outside the business world other innovator names throughout history also obviously come to mind - Martha Graham, Igor Stravinsky, Pablo Picasso, Miles Davis, Tony Hawk, Jonny Mosley, Prince, Einstein, Thom Yorke, and [insert the name of your own favorite innovator here]. In a competitive and technological business environment though that's ever-changing, Jobs has remained consistent for many, many years.

In my current issue of Rolling Stone (issue 1075, April 2, 2009) ' an issue that didn't get lost in my closet ' the editors of the magazine put forth 'The RS 100 Agents of Change'. The list of 100 includes artists, leaders, policymakers, writers, thinkers, scientists, and provocateurs. As Rolling Stone puts it, 'the list is not necessarily about power in the old-fashioned sense but about the power of ideas, the power of innovation, the power of making people think and making them move.' To bring my point home about Steve Jobs, the RS 100 only includes four technology-related business people that came to prominence before the internet era. They're on the list because of their current activities. But the fact that they came to prominence prior to Netscape's public offering is particularly meaningful to me. It suggests they've been doing what they're doing for quite some time. Pretty impressive.

The four I refer to are Will Wright (No.84) maker of SimCity and more recently Spore, Bill Gates (No.26) founder of '.well, you know, Shigeru Miyamoto (No.13) chief designer at Nintendo - creator of Donkey Kong and more recently the Wii, and Steve Jobs (No.3). Rolling Stone calls Jobs 'the greatest innovator in the place where people and technology meet.' He's been doing it a long time. And interestingly, Bill Gates, perhaps considered Steve Jobs closest contemporary throughout the computer age, is actually on the RS 100 list not because of his latest innovative technology efforts, but because of his grand philanthropic endeavors. In my mind Jobs stands alone.

At the end of 'The Perfect Thing' article Jobs is quoted waxing philosophical on the development of the iPod. 'If there was ever a product that catalyzed Apple's reason for being, it's this [the iPod]. Because it combines Apple's incredible technology base with Apple's legendary ease of use with Apple's awesome design. Those three things come together in this, and it's like, that's what we do. So if anybody was ever wondering why Apple is on the earth, I would hold up this as a good example.'

Keep up the good work, Steve.