Innovators Can Take a Page from Obama's Book 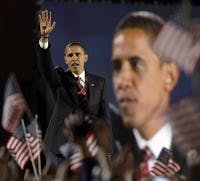 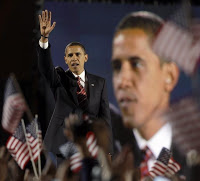 How has the unlikeliest of candidates risen above and won the presidential election despite the fact that many conservatives argue that he has no executive experience? The answer here is that Barack Obama is a leader in radical innovation, as this article on Business Week explains. He has ran a political campaign like no other before, including participation from mountains and mountains of volunteers and the effective use of social media such as Facebook, blogs, and even Myspace.

Business Week has created a list of seven lessons for radical innovation that Barack Obama has brought to the table through this political campaign. Here's the list:

The article mentions that the 7th lesson is the starting point for tomorrow's radical innovators, and I fully agree. I hope this revolutionary campaign has inspired businesses to use these seven lessons to think 3-dimensionally in their innovation practices.