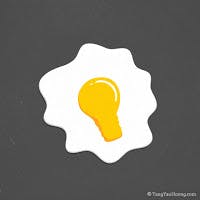 C. Engdahl
The Big E of Big E Toys
How best to reach and service your customers is an ongoing challenge.  What worked ten years ago, or even a month ago, may not work today.  The challenge is exacerbated by shifting organizational expectations and evolving definitions of success.  What constitutes a big success when your organization is small or just starting out might be a small success or no success at all when your organization has grown.  Personal perceptions and orders of magnitude can affect your ability to innovate.  Sometimes we expect innovation to be of a certain scale before we'll even entertain the idea of it.
In a recent interview with Beatweek.com, R.E.M. guitarist Peter Buck insisted touring is no longer important for the music-buying public, and that stringing together a collection of touring dates is often pointless.  'I'm not really sure that touring sells records,' says Buck.  'What sells records anymore?  It seems like less and less people are buying albums, so do what you want.'
There's no doubt music buying habits and trends have changed dramatically since R.E.M. was at its commercial peak back in the late 80's and early 90's with albums like Document and Out of Time.  Digital downloads didn't even exist back then.  That being said I think there's more to R.E.M.'s decision not to tour in support of their new album Collapse Into Now than the idea that the band is 'not really sure that touring sells records.'  It's not that touring in support of the album won't sell records (if this were the case, many bands - especially new bands - might not tour at all).  I think it's more the case that touring in support of their new album won't sell enough records to make it worthwhile in the eyes of R.E.M. band members.
Do you think R.E.M. was excited when it quickly sold out its initial pressing of 1000 copies of its first single 'Radio Free Europe' back in 1981?  I'm sure they were ecstatic.  This was a big success.  They were reaching new fans and they probably enjoyed the excitement of touring.  Everything was new.
Do you think R.E.M. was excited when it was selling millions of copies of albums like Green and Automatic For the People?  I'm sure they were ecstatic.  This was a big success.  They were reaching even more fans and they probably enjoyed the excitement of touring.  Everything seemed fresh.
It is worth noting R.E.M. didn't tour behind all its albums even during their heyday.  They simply didn't have to in order to be successful back then.  They were hot, and their albums were going to sell regardless.  But now they're a Rock 'n' Roll Hall of Fame band (inducted in 2007) whose peak has come and gone.  They were pivotal in the creation and development of the alternative rock genre, but they aren't necessarily all that hot anymore.
Touring behind the new album Collapse Into Now could arguably help sell some records and garner new fans, but not likely enough to make it seem worthwhile for the band.  R.E.M. doesn't really need the money.  R.E.M. doesn't even really need new fans.  So why not simply 'do what you want'?
When it comes to new products and services, the development of new markets, and our own general efforts to be innovative, we're not given the luxury of simply doing whatever we want.  Although there's a certain art to innovation and a need for experimentation, we should not consider ourselves Artists with a capital 'A' and expect customers to swallow every expressionist whim we might produce.  We must create value and show a return.
What gets in our way to innovate sometimes however, even more than our own artistic egos, is not whether we are keen to market needs or gaps in technological advancements, but rather simply the scope and scale of our expectations.  How many innovative products and services get abandoned because we don't have the patience to grow the market?  How many innovative products and services get abandoned because break-even is more than six months away?  How many innovative products and services get abandoned because we can't capture a certain number of new customers in the opening weeks after introduction?

Bigger is better is often the mantra.  But innovation doesn't need to big to be successful.  Scale it down every once in a while.  And I'll bet if you do, you'll feel just fine.