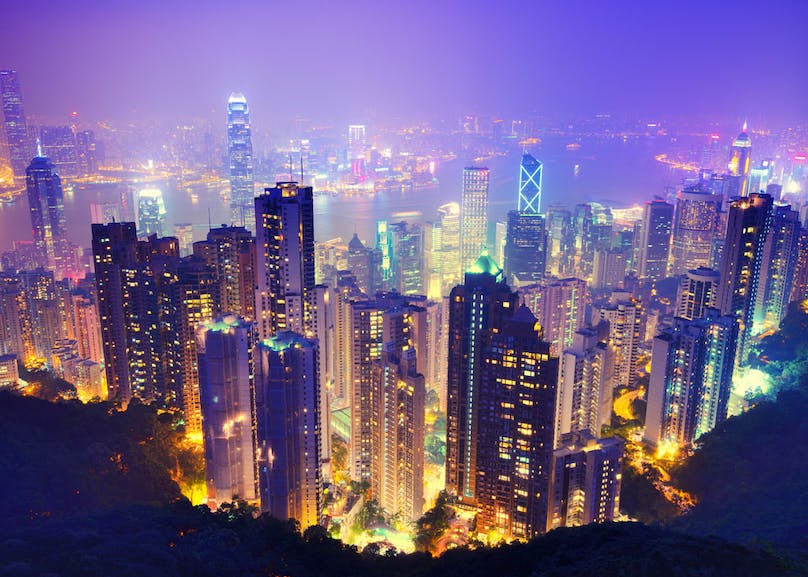 Hong Kong’s first economy-wide competition law, the Competition Ordinance, came into force in December last year. The Hong Kong Competition Commission (“Commission”) has quickly become a leading regulator in East and South-East Asia.  For businesses operating in Hong Kong and elsewhere across the region – particularly in the members of the Association of South-East Asian Nations (“ASEAN”) – what have the key developments been in the last year, and what trends do we expect to see in 2017 and beyond?

Hong Kong – a year of firsts

The Commission’s enforcement of the Competition Ordinance has been long anticipated by the business and legal community. In the past 11 months, the regulator has taken a low-profile approach in a series of investigations and has even made a number of dawn raids. In response to high expectations, the Commission has been proactive and extensive in its approach so far, opening investigations and pushing competition policy in a variety of strategically important sectors.

Bid-rigging cases have been a central focus for the Commission, with investigations in relation to building maintenance, construction and IT consultancy, among other sectors. The Commission’s treatment of IT consultancy firms indicates that it is not afraid to mix both formal and informal powers.  The Commission issued a request for information on tendering processes.  This was followed quickly by a full dawn raid of a number of key businesses in that sector.  Outside enforcement, the Commission has also undertaken a study on bid-rigging practice and cartels in the construction and building management sectors.

Despite approving certain conduct under the block exemption, the Commission refused to include  voluntary discussion agreements in the general block exemption.  Voluntary discussion agreements involve shipping lines exchanging market data and discussing guidelines on recommended shipping rates.  Individual exemption for such arrangements may be possible, but the Commission did not believe that such arrangements should benefit from blanket protection from competition law under the block exemption.

In addition to using ‘hard’ competition enforcement and policy, the Commission has focused on raising awareness of the new Competition Ordinance and the impact that it may have on business practices in Hong Kong.  Many domestic and multinational companies have implemented training, introduced compliance programmes and generally reviewed competition risk in preparation for the new law, and during the first year of the Competition Ordinance.  Frequent and concerted efforts at raising public awareness by the Commission, judges, lawmakers and commentators has added momentum to the evolution of the Competition Law in Hong Kong.

Hong Kong – what’s on the agenda for year two?

One area to watch is the potential introduction of standalone private competition law actions.  At present, individual victims of competition infringement can bring damages claims only if there is a judicial finding of breach of competition law. That is, only “follow-on” actions are permitted.  That situation could change.

Newly elected lawmakers want to implement a “stand alone” competition law private action regime.  This would allow individual victims to seek damages from undertakings suspected of breach competition law.  The claimant would have the burden of proving that the defendant had breached competition law – it could not rely on a judicial decision on liability for breach of the law, as claimants in “follow-on” damages claims can.  Any reform of this type would bring Hong Kong into line with peer jurisdictions, including the US, UK and EU.

The government is also facing pressure from political parties to break down certain oligopolies in  the local supply of livestock from China, and to investigate real estate investment trust and oil companies. In short, the Commission has quickly established itself in the national conscience and is finding itself under pressure to do more to enforce competition law in Hong Kong.  That in itself is a testament to a successful first year.

As part of the ASEAN union’s drive to develop economic growth and establish a “level playing field” for competition across South East Asia, the ASEAN member states all committed to enacting national competition laws by the end of 2015. Brunei Darussalam, Myanmar, the Philippines and Lao PDR all introduced laws throughout the course of 2015, and Cambodia’s draft competition law is due to be introduced into its national assembly in early 2017.  As well as the potential changes to Indonesian laws noted below, Thailand is also actively considering amendments to its competition law.  ASEAN, as a bloc, recognises the importance of competition law as a means of driving economic growth.  There is a clear commitment to, not only having competition regimes in place, but to imbue the member states with a culture of effective enforcement.

That said, the majority of ASEAN competition laws remain new and largely untested, with Malaysia, Indonesia and Singapore having the longest track records of active enforcement.  Recent developments point to future trends of increasing sophisticated and active enforcement in both jurisdictions.

In many respects, Singapore’s regulator is the regional leader in enforcement and policy.  Singapore’s competition law and the Competition Commission of Singapore (“CCS”) celebrated their tenth anniversaries in 2015.  In the decade since its creation, the CCA has quickly won a reputation as a credible and respected enforcer.

A decade of operation has given the CCS a chance to take stock of what it has achieved to date, and its priorities into the future. In particular, this has  allowed the CCS to take stock of its suite of guidelines and propose a number of amendments. A public consultation on the CCS’s amendments was held in late 2015, and the updated guidelines come into force on 1 December 2016.

Amongst various changes aimed at making the laws easier for business and consumers to understand, the CCS has also made a number of amendments to streamline the procedures for filing notices with the CCS to seek guidance or a decision. A new  “Fast Track” procedure, akin to the European Commission’s settlement procedures, where parties who admit breaching competition law will be granted a 10% reduction in penalties, will also come into force on 1 December 2016.

The CCS’s tenth anniversary also saw its enforcement activities continue. The CCS made a preliminary decision to block Parkway Holding’s proposed acquisition of RadLink-Asia in early 2015, and the parties subsequently abandoned the deal. The CCS has also been active in the cartel field and has not just been pursuing international cartels – earlier in 2016, the CCS issued a proposed infringement decision against 13 local chicken distributors alleging cartel conduct, and group of financial advisors were fined for an agreement under which they imposed pressure on a competitor to withdraw a rebate offer from the market.

The Indonesian government has launched various initiatives to reform the country’s legal system. Key goals of the reform include promoting certainty and effective enforcement, and bringing international standards to the legal system. Indonesia’s competition law, in particular, has been under review.  Proposed amendments to Indonesian competition law are currently being discussed in the legislature, and include:

Coupled with the exercise to refine the competition regime, the Indonesian competition authority, the KPPU, has increased its enforcement activities. As part of a five-year target set in 2012, the KPPU is focusing on detecting and enforcing against illegal conduct in key sectors of the economy, including health, education, infrastructure, banking, finance, food and energy. Recent high-profile cases include an investigation on price fixing for small scooters between local subsidiaries of Yamaha and Honda, and a Supreme Court decision imposing fines totalling 77 billion Rupiah (c.US $60m) on telecom companies including Hutchison CP, Smart Telecom and Mobile-8 Telecom, for their participation in an illegal text message cartel.

Conclusion – what does this mean for business in Asia?

It is clear that companies doing business across Asia will face active competition law regimes and enforcers in almost all key jurisdictions.  A degree of substantive convergence between regimes means that business face a greater degree of “known knowns” in terms of competition risk.  This is helpful from a practical and legal perspective.

The scope of competition laws, and the activities of competition agencies are expanding at pace. Companies active across East and South East Asia in 2017 and into the future should expect the active enforcement, and expansion of competition law to continue and should ensure that their Asian businesses have adequate compliance policies in place and that key staff on the ground are fully aware of the importance of their competition law obligations.