Live from Front End of Innovation 2012: Peter Koen on Innovation Outside the Core 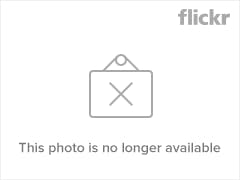 If Sony came out with the Walkman, why didn't they develop the iPod?  Why don't innovators take it to the next level?

One might suggest that this is because large companies are not innovative, but this does not explain why some companies (e.g., Apple) are innovative.  Perhaps the lack of innovation is rooted in the business model (Mark Johnson said that the business model "Defines the way the company delivers value to a set of customers at a profit."), which is based on sustaining innovation.

Sustaining innovation involves existing customers and extant financial hurdles with technology that is either  incremental (add a little something), architectural (rearrange what exists), radical (revolution).  Anything beyond that, but using any of the technological levels, is innovation outside the core (any combination of [recent customers, new non-customers] and lower-than-expected financial hurdles).

Yet, innovation outside there core can be incredibly difficult, and there are four key reasons why:

1) Routine rigidity.  Leaders will make significant but wrong investments when their business is threatened.  For example, when Sony came out with digital camera.  Kodak invested $5B in digital over the next ten years.  They developed digital CDs and kiosks because that fit into their current channels (e.g., drug stores) -- they tried to leverage their current channels because that made sense.

2) Embedded assumptions based in the current value network.  (cf., Mark Johnson)  They are hard to identify, and can be hard to articulate.  The only way out of this is to be able to prototype with the customer and handle the surprises that come along with it.

3) Unrealistic financial expectations.  Leadership is often seeking immediate returns, but it is important to remember that outside-the-core innovations can take time to grow.  For example, for the first three years, iPod growth was rather slow, and then started explosive growth in the fourth year.  Nespresso started in 1982, but did not break even until 1995.  Yet, today, it is wildly successful in Europe.

4) Lack of CEO commitment.  The success of iPod and Nespresso was strongly rooted in the company CEO's being committed to the vision.  In case studies, it was found that companies with successful innovations understood customer needs (Orin's aside: see also, Demand by Adrian Slywotzky).  If the CEO does not want to support the endeavor, it is not going to happen at the company (Koen's suggestion: if you want to innovate, but don't have CEO support, either accept that it won't happen, or leave the company).

The problem with doing something revolutionary is that most companies invest so much time and technique in their own channels that they do not want to give it up, so they stick with what they know.  Innovation outside the core requires vision, commitment, and prototyping, and if companies are willing to put in all three elements, they will have the potential to change the way we live.

Orin C. Davis is the first person to earn a doctorate in positive psychology. His research focuses on flow, creativity, hypnosis, and mentoring, and it spans both the workplace and daily life. He is the principal investigator of the Quality of Life Laboratory and a freelance consultant who helps companies maximize their human capital and become better places to work.