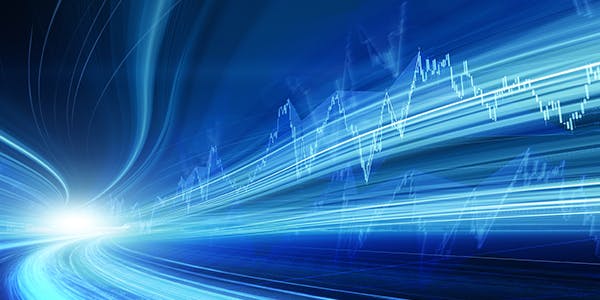 Cold weather drove gas prices up early in the winter, with northeast Asian LNG spot prices hitting an all-time high – a sharp rebound after the record lows of last summer. As we head into summer 2021, global LNG demand is looking robust, buoyed by the relaxation of Covid-19 restrictions, along with accelerating coal to gas switching and falls in domestic gas production among some importers. This, combined with delays to supply projects, means prices for the next year are firmer than for some time, which may help new LNG liquefaction plants get off the ground.

Gas prices outside North America have been on a roller coaster ride since last summer. After dipping to record lows in the wake of the Covid-19 pandemic outbreak last year, a gradual recovery in gas demand and disruption at several liquefaction plants helped spot prices recover in the second half of 2020 - rising above 2019 levels in Europe and Asia by October. Cold weather in northeast Asia then pushed LNG demand up sharply, and in the week ending 8th January, Platts JKM Asian spot LNG benchmark prices (for spot physical cargoes delivered to Japan, Korea, China and Taiwan) for February delivery hit a record high of $32.50/mn Btu, although it quickly dropped back to $8.90/mn Btu two weeks later as temperatures recovered, and the delivery month switched to March. Last year, the same JKM benchmark had dipped to an all-time low of $1.83/mn Btu in May during the first pandemic lockdown, which followed a lengthy period of low prices due to oversupply related to new liquefaction capacity and relatively slow demand growth outside China.

The spike in Asian LNG prices drew in supply from around the globe and caused a rise in European gas prices, highlighting the growing influence of global LNG prices on European gas markets – and vice-versa - which will only grow as domestic European output declines over coming years, and LNG import capacity rises. The weather then turned cold in Europe, although high stock levels, steady pipeline flows and high wind power generation prevented European benchmark prices rising to the same extent as had been the case in Asia. Nevertheless, they did rise, and have remained buoyant into the spring amid depleted stock levels and continued cool weather. The early-spring European strength has helped support Asian prices through the early part of its low demand spring season, with JKM for May delivery at about $6.7/mn Btu by mid-March, up over a dollar from the start of the month, and well above year-ago levels of $3.5/mn Btu. By mid-April it had risen to over $7/mn Btu, while summer contracts were above $8/mn Btu, and winter well over $9/mn Btu1.

Looking ahead, the current market strength may put off some buyers that rely on relatively low prices in shoulder season (spring, early autumn), which could dampen the Asian market over coming months, although strong European gas and carbon prices (as of mid-April) continue to be supportive. EU carbon prices keep on rising, with the December 21 CO2 contract reaching another all-time high of €44.35/mt in the week of 5th April - which is bullish for gas as higher carbon prices increase the rate of coal to gas switching for power generation in Europe.

The need to replenish European storage is also likely to provide support well into the summer. The strong winter demand saw European stocks fall sharply from the record highs seen through much of last year, to levels well below average. Analysts estimate that almost 60% more gas than last year will be needed to refill inventories – so storage demand this summer will be about 65-70bn m3, and early/mid April cold could push this up further. The pace and price of replenishing Europe’s storage will partly depend on Asian demand (see below), which tends to rise in summer as air-conditioning rises (although this is increasingly offset by solar especially in Japan), as well as continued outages and deferred maintenance.

The firm European demand is expected to attract LNG supply from the US, Russia, Norway and Qatar. US LNG exports hit a record high of around 10 bf3/d in March, and are expected to stay high, with US gas producers increasingly dependent on sales overseas to support domestic prices (which remain well below European and Asian levels) and mop up supply. However, US LNG exports cannot rise much more until new export capacity comes online in 2022. LNG supply will have to compete with pipeline supplies to secure space in European storage, particularly early in the summer - when oil-linked pipeline supplies are likely to be cheaper given crude’s recent rise and the 3-6-month lag in term pricing. However, delays to the Nord Stream 2 pipeline and tensions in Ukraine could restrict supplies of pipeline gas from Russia, while deferred maintenance in the UK/Norway could mean lower North Sea output.

In China, gas switching, new import facilities and strong economic growth are pushing LNG imports sharply higher again, after a big rise last year when they hit 67.4mn t - up about 11% compared with 2019. Since late 2020, an additional 7.85mn t/yr of import capacity has been added, lifting China’s total import capacity to 78.4mn t/yr. This is expected to rise further to 107.9mn t/yr by the end of this year (up over 40% in a year). The rises have already resulted in higher imports, with levels up more than 30% in March. However, LNG imports will have to compete with a planned rise in Russian gas supply from the Power of Siberia 1 pipeline, along with increased domestic output.

LNG demand was also up sharply in India in 2020, and will be further boosted this year by delays in domestic upstream gas projects and declining output from mature fields. Indian production fell to 78mn m³/d in 2020, down from 88mn m³/d in 2019. In Northeast Asia, demand from both Japan and South Korea is expected to fall this year as they rely more on nuclear and coal-fired generation. In South America, demand is expected to be up on previous years as the southern winter gets underway, which could provide competition for Atlantic basin cargoes over coming months.

Overall, the increasing global demand is likely to outpace LNG supply additions this year and next, with less than 30mn t/yr of new liquefaction capacity expected onstream in 2021-22. Further ahead there could be even more of a squeeze, with only 3mn t/yr of new LNG capacity approved in 2020 due to the pandemic/low prices, compared to up to 60mn t/yr that had been expected, according to Shell.

Shell predicts global LNG demand will reach 700mn t by 2040, as demand continues to grow strongly in Asia. If the market does grow this much, there is room for a lot more liquefaction capacity, and there could be several quick final investment decisions as we emerge from the pandemic this spring/summer. This might be helped by an increased willingness on the part of buyers to sign up to longer term deals in order to avoid heavy reliance on a spot market that has shown such volatility over the last year.