Access the science, technology and contacts that you need to accelerate your biologics and novel products towards commercial success.

Could gut bacteria be used to treat autism and Parkinson's? 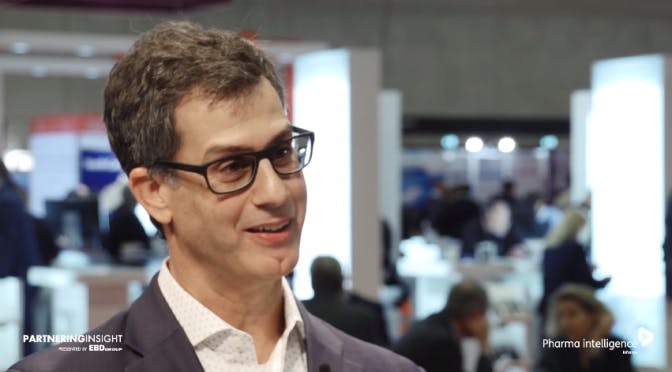 "The gut microbiome, we feel from the data that we have today, contributes or causes a lot of the diseases associated with central nervous system disorders."

At EBD’s BIO-Europe conference (November 2017) in Berlin, David Donabedian, CEO of Axial Biotherapeutics, spoke to Mike Ward, head of content for Informa Pharma Insights, about the company's research into how gut bacteria could be connected to both autism and Parkinson’s, and how they are moving into the clinic this year.

MW: What is it in the microbiome space that you think you'll be able to capture some attention with?

DD: 'The biggest thing we are basing a lot of our knowledge on is the really groundbreaking work out of our co-founder Dr Sarkis Mazmanian's lab, which has shown in pre-clinical models that the gut microbiome, we feel from the data that we have today, contributes or causes a lot of the diseases associated with central nervous system (CNS) disorders. This is really based on the whole idea of the gut-brain axis and this two-way communication between the brain and the gut.

So when most of us feel anxious or nervous, we get butterflies in our stomach - that's a one-way communication from the brain to the gut. We now know that communication goes the other way as well, and part of that communication is driven by gut bacteria. So we're really harnessing a better understanding of those gut bacteria to develop drugs to treat diseases that people thought primarily originated in the brain, when they may actually originate in the gut.'

MW: How in practice does that work?

DD: 'Where we start from is we look at certain CNS diseases that have a gut pathology. Interestingly enough, in autism for example, 40-60% of children with autism, suffer from GI distress such as abdominal cramps, diarrhea, bloating and constipation. We've seen in epidemiological studies that a lot of this is driven by a gut microbiome that looks very different than a microbiome that you or I may have.

So part of our research was trying to identify which organisms were missing and could we add those organisms back to help restore healthy microbiome. Or else could we target microbes within the gut that were perhaps producing molecules that were then getting into the bloodstream and causing some of this aberrant behavior and finding ways to fine tune those bad-acting microbes.'

MW: Axial Biotherapeutics was founded 12 months ago, so how far are you through the process?

DD: 'When we first launched the company we had a pre-clinical asset focused on ameliorating these gut symptoms, but also reducing these microbial metabolites by introducing a beneficial bacterial strain. Since launch we've also identified a small molecule that works on the same mechanism, but is very different in terms of its profile. So we'll be heading into the clinic in 2018 with one or two of these assets around autism.

What's really unique about our profile is we'll be focusing on improvements in gut symptomology and also changes in these microbial metabolites. So not once have I mentioned looking at behavioral endpoints as our primary outcome. We'll measure those, but what we really want to show is our hypothesis that the gut microbiome is driving a lot of the pathology in the gut and also the aberrant behavior in autism.'

MW: What discussions have you had with regulators who say they would accept these sort of endpoints?

DD: 'With the live biotherapeutic what we're thinking about is engaging with regulators to find a way to ensure that we can get into a patient population to test our hypothesis. We've started those discussions proactively with regulators to be able to commence those trials in 2018.'

MW: And you have a another program focused on Parkinson's?

DD: 'Most people understand Parkinson's disease emanates in the brain and you see motor dysfunction such as trembling, gait and stone face. What you tend to see in patients is a build up of a protein called alpha synuclein in discrete parts of the brain that causes this motor impairment. However, what's very interesting is you see non-motor symptomology start years or decades before some of the motor symptoms, such as constipation, loss of smell, trouble swallowing and trouble sleeping.

A lot of those symptoms are associated with the enteric nervous system, not the central nervous system. So what we believe is that Parkinson's disease may actually emanate in the gut via bacteria, travel through the vagus nerve and then cause alpha synuclein aggregation in specific parts of the brain.