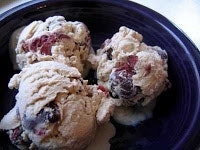 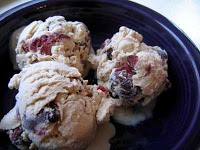 In a recent post at FoodProductionDaily.com, they shed light on a new innovation from Cargill. The new Lygomme FZ615 is a new ice cream producing machine that allows for the gummy texture of candy to be recreated in ice cream to give the ice cream a chewy, creamy texture. In addition, this new creation makes the ice cream have a smoother texture and feels warmer to the mouth. This machine is a new addition to Cargill's Texturizing Solutions Portfolio. Florian Baylerlein, the marketing director for Cargill Texturizing Solutions, believes that this could bring in a new era of innovation for ice cream. In recent years, the ice cream market has grown and matured, making it easier for Cargill to target their products. Instead of markets such as children and adults, the ice cream market has now expanded to include frozen yogurts, healthy ice cream, and various premium levels of ice cream.
Other recent ice cream innovation includes a non-toxic anti-freeze in order to preserve the flavor by preventing ice cream crystals from forming on top of frozen foods. The antifreeze would be tasteless and made from a gelatin protein. This protein is from a cow's hide, called damodaran. This was found after previous attempts of genetic modification from substances in Antarctic fish. Details are here at MSNBC.