No Silver Bullet for Group Collaboration over Distance? 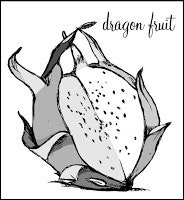 No Silver Bullet for Group Collaboration over Distance?

Lots of organizations have to deal with the challenge of implementing standard work and best practices over physical distances. With sales offices, distribution centers, and manufacturing locations scattered across the country, what's the best way to get people who know their stuff to collaborate on process improvement - and then take that knowledge back to their home office?

While wrestling with this challenge, one executive I know preemptively ruled out videoconferencing. It's a common suggestion, but the general feeling was that it's just not useful, has never proven itself in practice.

I happened to agree with the idea that videoconferencing wouldn't help in this situation. The team was talking about productivity improvements for an assembly process - workstation layout and hands-on participation was required to effectively work out the wasted movements. However, when defending the No Webcams position to some gadget freaks around the table, we came up with a/the fundamental flaw with remote video: it lacks spontaneity.

Historically, videoconferencing was set up in specific rooms that had to be reserved in advance. For higher quality connections, equipment is expensive, and the expense had to be pre-approved. Advances in digital cameras brought devices mounted on desktops, but this tied you to that specific location. Today's nifty notebooks have built-in cameras, but these can be tough to use with a group of people (crowding around).

Yes it's possible to use videoconferencing, but the physical limitations tend to quickly dim the excitement of all but the most diehard tech fans. In practice, local process improvement teams would just walk over to the workstation in question, skull out the best way to do something, and take a break for some coffee by the time we had the webcam hooked up ...

Lack of spontaneity is probably why the vast majority of PowerPoints are delivered with printed decks, and not overhead projectors. It's still more time efficient to quickly print off a few copies than it is to chase down a projector, lug it and your notebook computer into a conference room, get everything hooked together, and try to remember how to switch to the external monitor. (Hmmm, good thing they added all those cool slide transition effects ...)

Truth is, having paper copies isn't all that bad. Some folks like to take notes on their handouts and file them away for future reference. The medium of communication has its own utility, a sort of residual value that most people understand how to use. The same is true for fancy collaborative technology like videoconferencing. The magic is in the actual conversation, but that can get lost in the struggle to get the technology working before you can actually use it.

Does this mean that collaboration technology is doomed to failure? Of course not - knowledge capture and reuse, and differences in physical location and time zones, are still problems for organizations that rely on the "old way of doing things". You just need to pick your tools judiciously, and build up to the fancy stuff over time.

We needed to see productivity improvements in component assembly within 60 days, so flying a couple of key people around the country was a small price to pay for the quality of work that we got. We took a small step forward - getting process experts to a different location, to put faces to names, and empathize over common challenges, experience the satisfaction of defining a workable solution - and experience the joy of business travel. Maybe next time we could look into videoconferencing, because interpersonal relationships and understanding of the power of shared best practice has already been established.