Opportunistic Insights from the RSS Stream 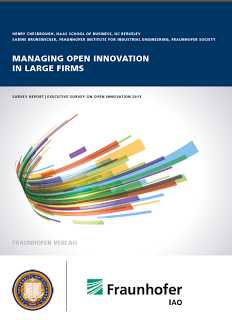 Opportunistic Insights from the RSS Stream

I've written about using RSS for internal as well as external information sources. This past week, I found a couple of interesting tidbits in my feed reader (behind the firewall) ...

1. Eyes on the Skies: It's that time of year again; oil price volatility will continue if any big storms create problems for refineries in the Gulf - something new to keep an eye on. Never fear - our friends at NOAA kindly put out an RSS feed for storm details - here's the latest graphic on Tropical Storm Arthur, the first of the season. You can keep track of incoming storms using this RSS feed - at the very least, you can be first on your block to know the name of the next storm ...

Some of the responses to this original item pointed out the need to watch the tornado forecast as well put and potential impact on manufacturing plants and/or shipping lanes. There are many different ways that weather can impact the supply chain ...

2. Innovations in Materials: Another item made some interesting predictions on future impact of bioplastics.

New applications in the automotive and electronics sectors will drive the growth, although packaging will remain the dominant market. This is despite its share forecast to fall from 65% in 2007 to 40% in 2025.

I took this to mean that packaging is the dominant application of bioplastics, and will remain so. However, the future will see multiple other applications for this material emerge. More applications means larger markets, more innovation in the basic material - which is better for all plastics manufacturers.

3. From Rumor to Fact: One of the project managers recently added (1234) Project XYZ to our PMO database - I found out when the items popped up in my feed reader. That's how it's supposed to work ... Actually, my first reaction to the project was that the description (jpm note: we call it a "mini_charter") was a bit thin. But then I read the first comment, and there's definitely more meat there. At this time, Project XYZ is a multi-headed mystery monster - there are initiatives, teams, projects and such in multiple areas of the company. Clearly, more details to follow - but now we have a validated source of information for at least one of the BU's!

These were my insights for the week, but a number of folks have told me of their own Aha! moments, watching project updates aggregate on their desktop via RSS. I suspect most folks reading this would think little of my "insights" - but that's because we understand how RSS works. To the rest of the world, websites are proactive (I have to go to them) while e-mail inboxes are reactive (the information comes to me). RSS and feed readers turn that paradigm around; once you see it in action, you get it immediately. But it's enough of a phase shift that sometimes explanations and PowerPoints aren't enough. Timely, relevant, in-context examples such as these just click.