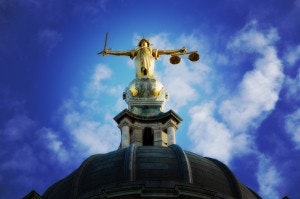 Several recent decisions have highlighted some of the issues that can arise where those claiming through a deceased person are parties to proceedings in a place other than the place where the deceased was domiciled.

Many deceased claimants die domiciled in jurisdictions where the concept of probate does not exist. In some such jurisdictions, property vests in heirs automatically on death in fixed shares. Given that English law applies the law of the domicile to questions of succession, does that mean that heirs benefiting from forced and automatic heirship can sue in England on the claims of the deceased without first obtaining a grant?

In High Commissioner for Pakistan v National Westminster Bank [2015] EWHC 3052 (Ch), a person claiming to be an heir of a person who died domiciled in Hyderabad (the late 7th Nizam of Hyderabad) argued that he was entitled to make a direct claim against a fund alleged by him to have been owned by the Nizam immediately before his death. This was on the basis that under the law of the deceased’s domicile there was no concept of an estate and thus a claim could be made directly by an heir, in whom the assets vested automatically. Henderson J held that this was not so, and that, while the English law of succession looks to the law of the deceased’s domicile, the procedural law of administration of assets in England is governed by English law, such that a personal representative must be appointed before a claim can be pursued in relation to assets situated here. A grant of administration was made to an independent solicitor under section 116 of the Senior Courts Act 1981, limited to the hostile proceedings already on foot and ad colligenda bona, thus avoiding the question of who would be the most appropriate heir to whom a grant should be made.

The Court of Session also confirmed in Shenken v Phoenix Life Ltd [2015] CSOH 96 that in Scotland a grant of representation is needed for those claiming in right of a foreign-domiciled deceased to pursue a claim to local assets. The court cited a little-known statutory provision, section 11 of the Revenue Act 1884, which is to this effect (a provision which continues to apply also in England and Wales).

A similar point arose in Meerza v Al Baho [2015] EWHC 3154 (Ch), where a person entitled on the death of a Kuwaiti-domiciled deceased commenced proceedings in England without first obtaining a grant of representation. It was held (following the Court of Appeal in Milburn-Snell v Evans [2012] 1 WLR 41) that the claimant did not have standing to sue without having obtained letters of administration. However, Peter Smith J held that the failure to obtain a grant before commencing proceedings was a defect capable of remedy under CPR Part 3 and that the failure to obtain a grant was a technical failure which, on the facts, the court should remedy by applying the overriding objective and permitting the claim to continue. This (perhaps surprising) decision was not followed in the later case of Kimathi v Foreign and Commonwealth Office (No.2) [2017] 1 WLR 1081, where Stewart J held that a claim brought in the name of a deceased person was a nullity, which defect could not be cured.

A decision of the BVI Commercial Court, Liao Chen Toh v Laio Hwang Hsiang, 2 July 2013, gives some guidance on the appropriate test when there is a dispute as to whom a grant should be made, and where the deceased died out of the jurisdiction. The court held that rule 30 of the UK Non-Contentious Probate Rules applies in the BVI (in order to fill a lacuna in the local procedural rules), and that it does not fix an order of priority but, rather, gives a wide discretion to appoint among those willing and able to act.

In Bermuda, in Re the Estate of D, 22 June 2016, an application for a grant of letters of administration was again made in relation to the estate of a person who had been domiciled out of the jurisdiction, and as in the High Commissioner of Pakistan case so that other proceedings could be pursued. It was common ground that a grant should be made such that the applicant could pursue his claim in Bermuda, but there was opposition to an unlimited grant. Kawaley CJ applied principles derived from English case law, that where a person entitled to apply for a general grant applies for such a general grant, a limited grant will be made only in exceptional circumstances and/or where the justice of the case requires it. On the facts, the argument of those opposing an unlimited grant was rejected, it being held that they were seeking to limit the scope of the grant seemingly for their own interests, and that those interests were contrary to those of the estate with which the application was concerned.

These authorities should focus minds on the need at an early stage in proceedings to constitute a personal representative for the estate or the heirs of any foreign-domiciled party who is deceased, and to ensure that the most appropriate person and the most appropriate form of grant are chosen.

DAKIS HAGEN QC and JAMES BRIGHTWELL both appeared as counsel in High Commissioner for Pakistan v Natwest. James Brightwell also appeared in Re the Estate of D.