Rethinking how to predict risk 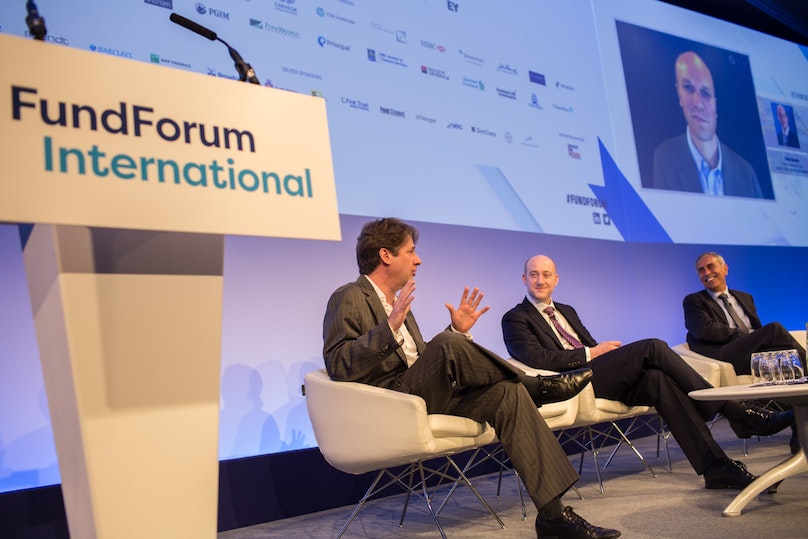 We have to think about risk differently, that much is clear.

After all, as panellist Dr John Hulsman, President & Co-Founder John C. Hulsman Enterprises, explained at Monday’s FundForum Berlin, even the most seasoned experts had got it all wrong – from Brexit to Trump and everything in-between.

It’s clear that macroeconomic analysis is no longer enough. But what are the options?

In other words, they analyse social media conversations to get a feel for the prevailing sentiment on any given subject.

“How people feel today influences what they do tomorrow,” explains Kloppers. “What we have been doing is measuring how people feel.”

“How people feel is what is now driving events,” he explained.

And he gave us an example. Two months before the US election, BrandsEye began to pick up both a pro-Trump and an anti-Clinton sentiment.

“So we looked at the swing states, and predicted a Trump win.

“We got nine out of the 11 state predictions correct. It surprised us as much as anyone else. It showed us that social media had accurately reflected what happened in the vote.”

Will it replace polls?

Polling has been getting it very wrong in recent years, but Kloppers doesn’t feel that polling is redundant just yet, though there are major advantages to the sentiment analysis.

“I don’t see this replacing polling, but it’s a critical source of data.

“The whole Trump thing happened in two weeks, and polls can’t react fast enough. Plus, the samples are too small,” he said. “No polling can cover the whole country.”

“If you’re shocked by the Italian referendum, by the Dutch referendum, by Brexit, and by Trump, I would humbly suggest you need to revisit your view of the world,”

Kloppers asserts that what social media does is give emotion behind the facts.

In February, the company tracked how Americans felt about the US immigration ban and that famous wall. Only between 1% and 9% were supportive of the policy. While this might seem astronomically low, it revealed something very interesting.

“What it revealed was not that people didn’t support the wall anymore, but an underlying emotion that support for Trump was rapidly diminishing,” explained Kloppers. “We could see that he was losing support and that has played out.

“What social media does is it adds colour – and it’s a much faster way of getting opinions.”

But what was the view of those in the business of predicting risk?

Hulsman can’t understand how so many geo-political risk analysts still have a job, when their predictions were so wrong.

“If you’re shocked by the Italian referendum, by the Dutch referendum, by Brexit, and by Trump, I would humbly suggest you need to revisit your view of the world,” he stated.

But the issue wasn’t with the macroeconomic analysis per se, it was that risk analysts didn’t hang out with people that disagreed with them. They lived in an elitist bubble, which constantly confirmed their bias.

“You have to have rigour and humility, we called Brexit, we called the Dutch vote, we said 30% for Trump and we got laughed at,” he said.

“These things can be discerned if you talk to people you might not agree with, it’s socially difficult, but you have to do it.”

What about behavioural economics – is it still relevant?

Our other distinguished panel member was an expert in behavioural economics.

Peter Brooks is Head of Behavioural Finance at Barclays, and put the conversation in the context of the world of finance.

“Behavioural economics gives you the ability to look at individuals. When you’re looking at social media these interactions that we all have are a potential source of data.

“But I don’t think they solve the problem. They can be used in a sensible way to help you understand some of the dynamics that are happening, but there is no grand central theory of behavioural economics that is going to say right this is the end result. There’s no one way of thinking about psychology that universally applies to everyone.

“At best, it might give you a data source and an edge. If you can provide that little bit of understanding you can make quite a big difference, but you’re going to be wrong on occasions as well.

The last word fell to Kloppers, whose platform could find a natural home in the financial sector.

And there were exciting developments in their work in the financial sector.

For instance, they were building a fund tracker that could track how customers perceived the individual companies in a fund.

“If we can understand that, it gives the fund an indication of possible share price movements based on experiences their customers are having.

“We’re data experts and we want to put that data in the hands of fund experts where the data will become very valuable,” he said.

One of the most valuable aspects was access to the longer-term view, he said, ending with a note of caution.

“One of the most interesting things to track is long-term sentient shift, and that’s what catches most executives completely off guard.”