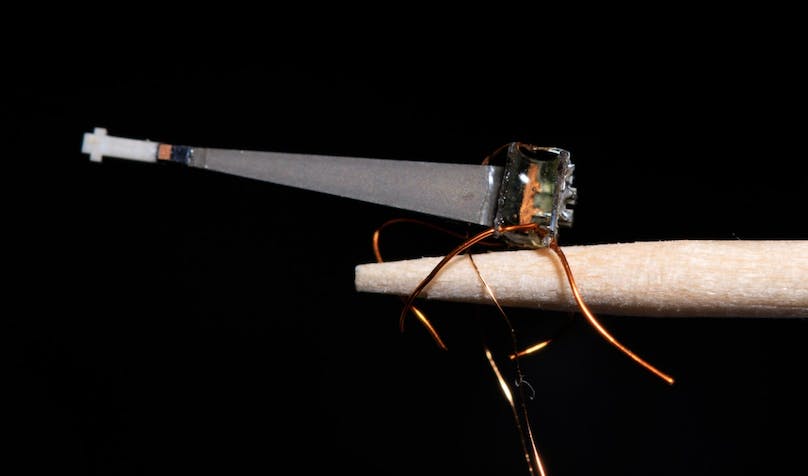 Two scientists from the UK and the U.S. have been jointly awarded £640,000 to build microrobots that simulate the buzzing of bees.

Twenty-thousand plants, including tomatoes, potatoes and blueberries, depend on buzz pollination, so understanding which bees do it best, and how they do it, could improve agriculture as well as help understand the evolution of different types of bees and flowers.

According to Vallejo-Marin, there are around 20,000 species of bee in the world, yet little is known about the function of most bee species. “Bumblebees can buzz pollinate but honeybees cannot, and we don’t know much about thousands of other bees.

“A bee’s buzz shakes the pollen out of the flower but, until now, the only way to recreate that process has been with a mechanical shaker weighing 2-3 kilos,” noted Vallejo-Marin. “Our project transforms heavy shakers into tiny robots that more closely resemble a bee buzzing a flower. This will help us study how the bee’s characteristics affect the buzz and what types of vibrations are most effective for pollination.”

These microrobots are the size of a fingernail and weigh a quarter of a honeybee. “They will allow us to control the vibrations – their pitch, force, and timing – and simulate bees’ interactions with flowers in order to really understand how the characteristics of the bee and the buzzes affect pollination.”

The £640,000 award is from the Human Frontier Science Program, which promotes international collaboration for innovative science research. Jafferis had been working at Harvard University's Microrobotics Lab on insect-inspired flying robots when he attended a seminar given by Vallejo-Marin about buzz pollination, and the pair identified an opportunity to collaborate.

“This is an exciting opportunity to bring together fundamental biological research and micro-robotic technology to delve into the inner workings of buzz pollination in a way that hasn’t been feasible before,” said Jafferis. “We will also be able to develop novel, bio-inspired designs for grasping, and other complex functional behaviours, along the way. These experiments, together with computer simulations, will allow us to build a deeper understanding of which aspects of buzz pollination are most important for pollen release.”

The researchers say their work is not to create robotic substitutes for bees, but to better understand pollination and the diversity of bee species.

“In Australia and Southern Africa, for example, they need buzz pollinating bees for pollinating some fruit crops,” said Vallejo-Marin. “But bumblebees are not native there so they can’t be used in agriculture as we use them in Europe, and farmers have resorted to using electric toothbrushes to pollinate tomatoes. Understanding buzz pollination better could lead to stronger motivation for conserving the diversity of bees, beyond honeybees and bumblebees, as well as potentially optimizing fruit and vegetable yields in agriculture.”

Read more about robotic pollination in our March/April 2022 issue of New AG International.