Shipowners search for a bridge to reach 2050 decarbonisation goals 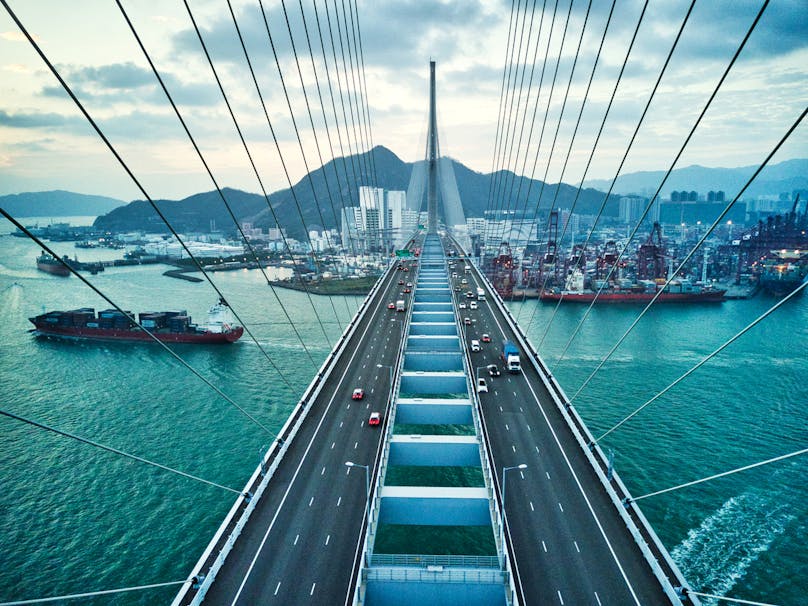 Shipping industry stakeholders at the Green Ship Technology Europe conference in Copenhagen last month spoke about the challenges involved with reaching the IMO target of a 70% reduction in CO2 emissions by the year 2050.

Hesitant to commit to a single technology pathway, some shipowners are taking an “all of the above” approach to investment in new fuels and propulsion methods.

Despite the looming 2020 sulphur cap and difficulties adapting to the IMO’s ballast water management regulations, decarbonisation is the industry’s key environmental concern. When asked in a survey, half of attendees at GST Europe said that decarbonisation will be their leading environmental priority going forward.

Speakers agreed that there is a pressing need to develop and deploy zero carbon vessels by the year 2030 at the latest to reach the IMO’s 2050 decarbonisation target. The 2030 deployment date was notably recommended by Maersk late last year when the shipowner announced its aim to become carbon neutral by mid-century.

The urgency of the deadline reflects the fact that the average life span of ocean-going vessels is approximately 25 years.

Many speakers also pointed out that zero carbon technology will have to be accompanied by a range of supplementary measures in the near term to reduce fuel waste and improve the efficiency of maritime operations.

But the roadmap is not obvious. Although shipowners already have some alternative fuel and propulsion options to choose from – including marine batteries, biofuels, wind power and LNG – some technologies are available only to segments of the fleet, while others deliver at best only partial emissions savings.

A lack of clear direction is shown by the scattergun approach to technology investment displayed by some major shipowners, including french container shipping company CGM CGM. The group is trailing both LNG and biofuels, hedging its bets on which technology will see the greatest cost declines over the long run.

The transition to hydrogen

One cause of shipowners’ hesitancy could be uncertainty around the longevity of so-called bridge fuels. For example, overhauling fleets and bunkering infrastructure to make use of LNG could help to deliver emissions reductions in the short term, but it may eventually lead to unrecoverable costs.

If climate neutral fuels become available in the early 2030’s – as the industry hopes that they will –LNG could see itself becoming a bridge to nowhere.

Overcoming investment inertia may mean finding technological pathways that enable investment in bridge fuels without committing the industry to technologies with a limited life expectancy.

This could include equipping ports with dual-purpose bunkering infrastructure, able to supply vessels with LNG or hydrogen. But while doing so is technically possible, the costs would at present be prohibitive, the University of Denmark’s Petar Sofev told the conference,.

Hydrogen also suffers from a lack of transparency, both over the eventual form in which it is supplied to vessels, and over its green credentials.

In its gaseous state, hydrogen occupies too much space to make onboard storage for long journeys a workable option.

To get around this problem, a few different solutions have been suggested. Super-chilling hydrogen so that it can be stored and bunkered in its liquid forum is one method. Using it as a precursor in the production of a carbon neutral liquid fuel like methanol or storing it in a chemical carrier like ammonia are others. But it is not yet known which method will prove the most practicable.

As to hydrogen’s credibility as a carbon neutral fuel source, some speakers at GST Europe expressed concern that producing it from fossil fuels would not necessarily reduce emissions, just shift them elsewhere (an objection that will be familiar to advocates of marine battery technology).

“It’s not about pushing emissions upstream or downstream,” Gavin Allwright, Secretary of the International Windship Association (IWSA) told the conference. “It’s about [reducing emissions] all the way through.”

Green hydrogen produced from renewable electricity can provide an entirely emissions free fuel source. But with only minimal existing capacity, and rising demand from heavy industry, it is unlikely that green hydrogen will be readily available to the shipping sector in large quantities by 2030.

The alternative is grey hydrogen, derived from natural gas. Emissions from grey hydrogen can be limited by combining its production with carbon capture and storage, or CCS, to produce blue hydrogen.

Fuel suppliers will need to make the sourcing of hydrogen transparent to purchasers to prevent cheaper, more emissions intensive varieties from stymying the adoption of renewable alternatives.

As to the shipping industry itself, stakeholder will need to push regulators to understand that the adoption of carbon neutral fuels may be impossible without the imposition of effective economic incentives.

The question isn’t whether hydrogen propulsion is an affordable technology, said Paul Moeyart, a consultant at Exmar.“The question is how much do carbon taxes have to rise before this becomes affordable?”

Wind could also prove itself a technology with long term viability. Although wind propulsion systems are unlikely to be used as a primary power source for commercial vessels – at least, not without jettisoning the idea of the just-in-time supply chain – they can nevertheless compliment existing propulsion systems to reduce fuel consumption.

As well as cutting costs, “the more wind you can harness, the fewer issues you’re going to have about the storage and the handling,” Diane Gilpin, CEO of the Smart Green Shipping Alliance, said. “So you’re mitigating some of the safety risks from novel secondary fuels.”

Turning to existing technologies like wind now, rather than holding out for a technological breakthrough later next decade, also makes sense if the decarbonisation of shipping is considered in the context of a gradual systems change.

“It’s not going to be that we get from where we are today to a completely zero carbon alternative solution tomorrow,” Gilpin said.

Tomorrow may be too short a deadline. But will ten years be long enough?