“Show me the money”: The changing nature of airport-airline deals 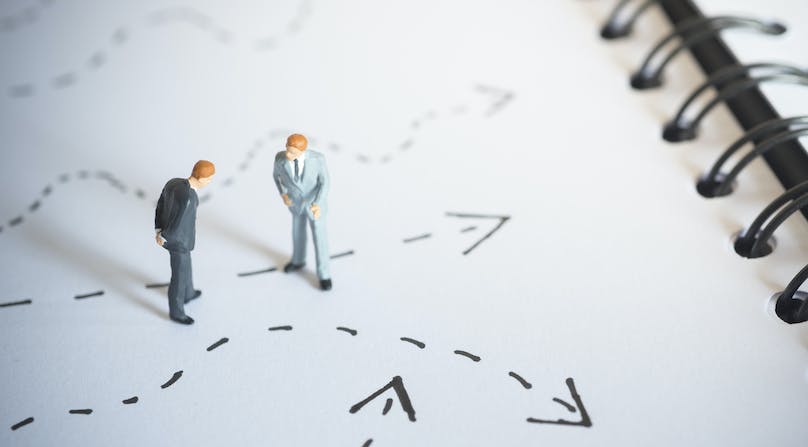 The airport to airline relationship has changed drastically over the last 10 years and continues to evolve. More and more airports are being asked to “show me the money” as airline expectations of the level of support they receive increases. Meanwhile, airports are also seeking to drive revenues from fresh sources and turning to new partners to help fund the support. So what does this mean for airport-airline relationships? Nigel Mayes, SVP Consulting & Product Development, ASM Global Route Development, examines this relationship in depth.

Airlines know there is competition for their assets, they understand the worth of their passengers, and they are increasingly more flexible in shifting their network to the markets that are more willing to work with them. In return, airports and their partners need to find evermore creative support packages to meet airline demands.

Fundamentally, airlines want the airport and its partners to share in the risk of developing a new air service. A narrow-body short-haul weekly service year-round can involve an investment from a low-cost carrier of around $18-20milion (2hr sector). For a long-haul (10 hours) service the investment will be 5 to 6 that amount.

But even though the airport charges are only a small percentage of an airline’s expenditure, it is one of the few areas where an airline can seek to reduce cost and differentiate itself from its competitors. In Ryanair’s latest annual report and accounts, for instance, airport costs were 14% and an average €7.47 per passenger.

As the pressure to reduce aeronautical fees continues downwards, airports are turning their non-aeronautical fees to compensate: parking and drop off charges, fast track passes, more retail space, and paid lounges/terminals. As they start charging the passenger directly for these services, they are also realising they can build a relationship with these passengers directly, influencing their travel and spending patterns. This further demonstrates that the passenger is customer of both the airport and the airline.

Manchester Airport Group has invested more than 100 staff in its MAG O division to build a relationship with the customer focusing on digital technology to identify new, and optimise, existing non-aeronautical revenue streams. The relationship is a continuous cycle of airports finding new revenue streams and airlines demanding a share of the revenues.

Airports are also turning to their stakeholders to help support the airlines’ requests. These stakeholders are no longer just the local governments and tourism authorities, but also private parties such as hoteliers, attractions, corporates and airline suppliers, including ground handlers and fuel companies.

Gaining sufficient support and coordinating these stakeholders is a task for the airport and can be achieved informally or formally through a route development committee (and fund). As the airports have the contractual relationship with the airline, it is normally up the airport to coordinate this relationship – and it is expected by the airline.

As airlines continue to consolidate, in particular full service carriers investing in budget brands, airlines are becoming well aware of the different support packages being offered to different parts of the group.

In recent years International Airlines Group (IAG), which owns Vueling, Aer Lingus, British Airways, Iberia and Level, has tried to coordinate the procurement process across its brands. However, this is challenging given the variety of service level agreements across its diverse business models.

But airlines now know their worth. They understand the impact of their air services to a region and value they can bring to a destination. Some are even charging the airports to undertake the business case to evaluate a route!

While airports and airlines fundamentally come from different ends of the spectrum – with airports investing in long-term infrastructure and wanting long-term commitment from airlines, and airlines tending to chase short-term profitability – a consensus is usually reached.

Often airlines enter into negotiations to reduce cost, while airports are trying to achieve future passenger growth. The consensus can sometimes be a creative solution involving not only complex deals around aeronautical fees or marketing funds, but ancillary items in the form of office space, sales staff or lounge costs. In some markets more direct funds are provided through revenue guarantees or direct investments into a route or a payment per passenger.

A number of Chinese regions have been providing direct investment into new air services. Xi’an was providing RMB30million ($4.3m) for listed target new long-haul routes, while the airports in Shenzhen and Chongqing have set up a route development fund of RMB100million ($50m). All the funds are providing from local reginal government.

In Israel, meanwhile, the Israel Government Tourism Organisation provides €60 per international passenger in Eilat for the period between September and May to support the new Ramon International Airport, which represents a $500m investment.

Airlines are also asking airports and their stakeholders for minimum revenue guarantees (MRGs) where any short fall in revenue to achieve a pre-determined profit margin will be made up by the airport and its stakeholders. The detail of these deals can include capped and pegs to fuel prices in order to protect both parties. Whatever type of deal, where public funds are used there often needs to be a tender process with robust reporting of any support.

As the deals continue to change, so does the relationship and the number of stakeholders involved. However, what is certain is that the stakes will continue to increase and the demands will get bigger, meaning the process of negotiating deals will become even more complex.