Sponsored vs. sponsorless lending: what are the key decision-making factors? 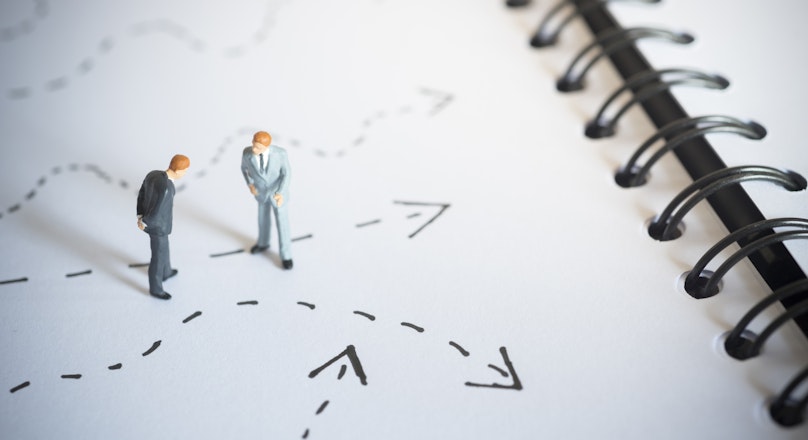 Unlike some non-bank private debt funds, other fund managers are happy to contemplate lending to companies that are owned or controlled by a private equity sponsor, as well as those that are not. In fact, a portfolio that is not heavily skewed towards one or the other type of company is seen as an attractive attribute.

But surely, lending to sponsored companies should be seen as being a whole lot more straightforward and, ultimately, less risky than lending to sponsorless entities? After all, a typical sponsor-led transaction would include most, if not all, of the following, which the lender can benefit from in fulfilling their obligation to protect the interests of their investors:

But things, of course, are not quite that simple in the real world. The following four factors should be kept in mind before dismissing the appeal of lending to non-sponsor companies:

Firstly, whilst the factors above may be a reasonable generalisation regarding the characteristics of a sponsor-led transaction, it does not mean that these things are absent in a non-sponsor deal. Nor does it mean that they are always or reliably in place in a sponsor deal.

Due diligence can be commissioned; professionalism of systems and quality of management are things that any self-respecting credit analyst should be forming a view on regardless of who owns the equity, and clarity of strategy and proper separation between the roles of ownership and management are not things unique to private equity.

2) Accessibility to a wider range of options

Secondly, Private Equity sponsors come in many shapes, sizes and styles. But they are not ubiquitous, and there are certain types of business / sectors where they are more prevalent than others. Moreover, their funding is inherently cyclical by nature, and they are somewhat prone to herd mentality. To limit oneself to the sponsor-led universe as a lender would be to deny oneself access to a large (and changing) part of the total addressable market.

3) Realistic view of the risks involved in a deal

Linked to the above, the non-sponsor market may typically require more hands-on credit analysis and a generally more proactive due diligence process, but compensation for this effort may well be provided in the form of an inherently less competitive space and hence more attractive risk-based pricing levels. Sponsors are savvy financial operators, and are only too glad to shop heavily-packaged deals up and down the street, with or without the help of a debt advisor, to drive the pricing of the debt down - to levels that might not adequately reflect the risk in a deal.

4) Keep an eye on sponsor “savviness”

Finally, sponsor “savviness” shows itself in many other ways that a lender must never lose sight of. For example, a tendancy to flock, herd-like, to the latest hot sector – driving up acquisition multiples in the process and undermining the security of lenders, even if “loan-to-value” levels appear superficially healthy.

The pursuit of aggressive business plans that often press too hard on the growth accelerator in order to justify their acquisition multiples and / or as a competitive land-grab. Anyone for a bit of credit exposure to our “Me-Too Brand Mid-market Italian / Burger-themed UK Casual Dining Roll-Out” adventure? Nein Danke.

There are games that get played with earnings to pimp-up the credit. Does the adjusted figure for last-two-weeks’ annualised EBITDA look OK? Yes? Must be a good credit, then.

There are also games that get played, in the setting of covenants, to deliver a deal to the sponsor that is essentially CovLite in all but name. There are many “Bank Cases” presented that are so anaemic in their growth assumptions that the IRR would clearly be unacceptable to the sponsor if taken at face value. They also tend to show huge refinancing risk to the lender. If a credible sensitivity case to the business plan appears unfinanceable, then perhaps it should not be financed (by us).

The ability to inject future equity should not be confused with a willingness. Naturally, a sponsor will take a much more cold-eyed view, fully aware of the risk of “throwing good money after bad” than a family / founder group might take to protecting their “baby” and the largest concentration of their personal wealth.

In conclusion, it would be folly to limit the target market as a lender to either the sponsor or non-sponsor universe. Fully conscious that they tend to have very different characteristics and require different degrees of credit labour-intensity, we recognise the beneficial impact on portfolio diversity (as well as economic returns) and embrace both.