Surviving and thriving in complete uncertainty: How to identify hidden risks and opportunities 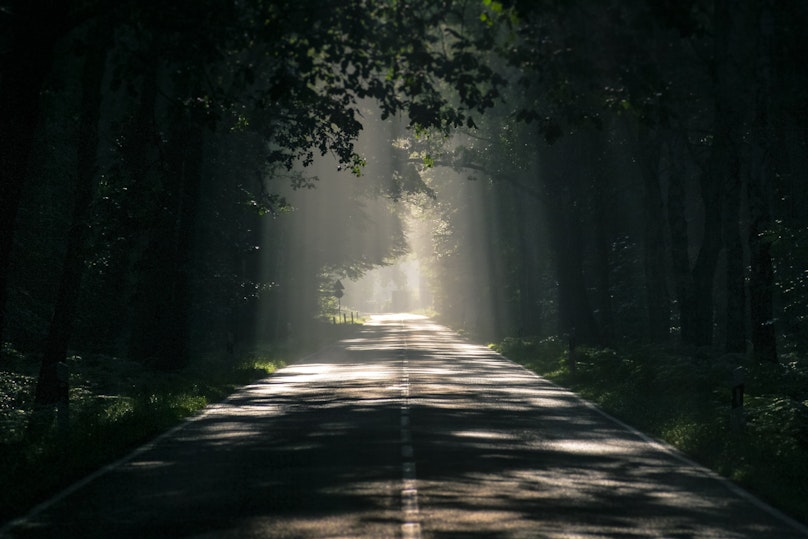 With continued turbulence in the markets and geopolitical unrest, financial

institutions should take more proactive actions to mitigate unprecedented risks and uncover potential opportunities. Since no single market shock is a mirror reflection of a previous one, is it still possible to prepare for unprecedented events? Standard analysis is insufficient for navigating such uncertainty, but firms can generate helpful early-warning indicators if they employ Full Range Scenario Analysis (FRSA).

This multiple-scenario strategy is based on creating consistent forward-looking scenarios across macroeconomic, market, climate, and company specific variables. It combines learning from the same available history (but uniquely separating stable and stressful market periods) and projecting all possible combinations of feasible shocks together with their ripple effects. Explainable machine-learning techniques overlaid over such dynamic projections enable firms to make a pretty accurate estimate of the range of outcomes.

This FRSA methodology addresses the key challenge of stress testing for unprecedented event – how to identify for which scenarios the organization must prepare. Such forecasting is one of the most critical challenges faced by the risk community today with history being a poor guide when preparing for the future. Today, even more so than before, preparing for a specific, future scenario would appear to be futile. As we know, the probability of a single scenario in the continuum of all future outcomes is nil.

But that doesn’t mean you shouldn’t try to identify your specific vulnerabilities even if surrounded by complete uncertainty. It is, still possible to be better positioned for unprecedented events, as long as you don’t insist on a limited number of stress scenarios unfolding in a predetermined way.

So the traditional process of designing a narrative for a few scenarios (expected, optimistic and pessimistic), quantifying them and then analyzing respective Key Performance Indicator (KPIs, like capital, liquidity, earnings, etc.) outcomes must be replaced with FRSA. Instead of starting with a narrative, it looks at the combination of shocks - with their probabilities and severities, and their likely consequences. After that, an institution can select severe-yet-plausible outcomes, and then build a narrative around that.

This reverse scenario analysis process enables organizations not just to identify expected, adverse, and optimistic scenarios specific to them. Since such scenarios were selected from the full distribution of outcomes, it is possible to identify the clusters of similarly behaving futures. Analysis of these clusters enables firms to identify macro- and market factors that are correlated with respective outcomes one, two, or three quarters priors to such outcomes realized. These correlations between KPIs identified by relevant probability of occurrence and underlying risk drivers are dynamic, i.e., they vary from one part of the distribution to another. This dynamic is driven by a realistic impact of potential shocks and the knock-on effects they can cause. Only then can the full distribution of final outcomes show hidden, implicit correlations with the underlying drivers of these outcomes.

It is also critically important to overlay proposed risk mitigation strategies and contingency plans over all full range scenarios and not just the ones in the respective clusters for which these strategies were designed. This step would verify that these actions will not inadvertently create new hidden pockets of risk.

Additionally, using this approach, institutions can identify which business segments are the largest contributors to success, and which ones add the most to adverse tails. Since dynamic correlations cause dynamic risk allocation, the biggest contributors to expected risk are not the same exposures that represent the main part of the tail risk (Figure 1). 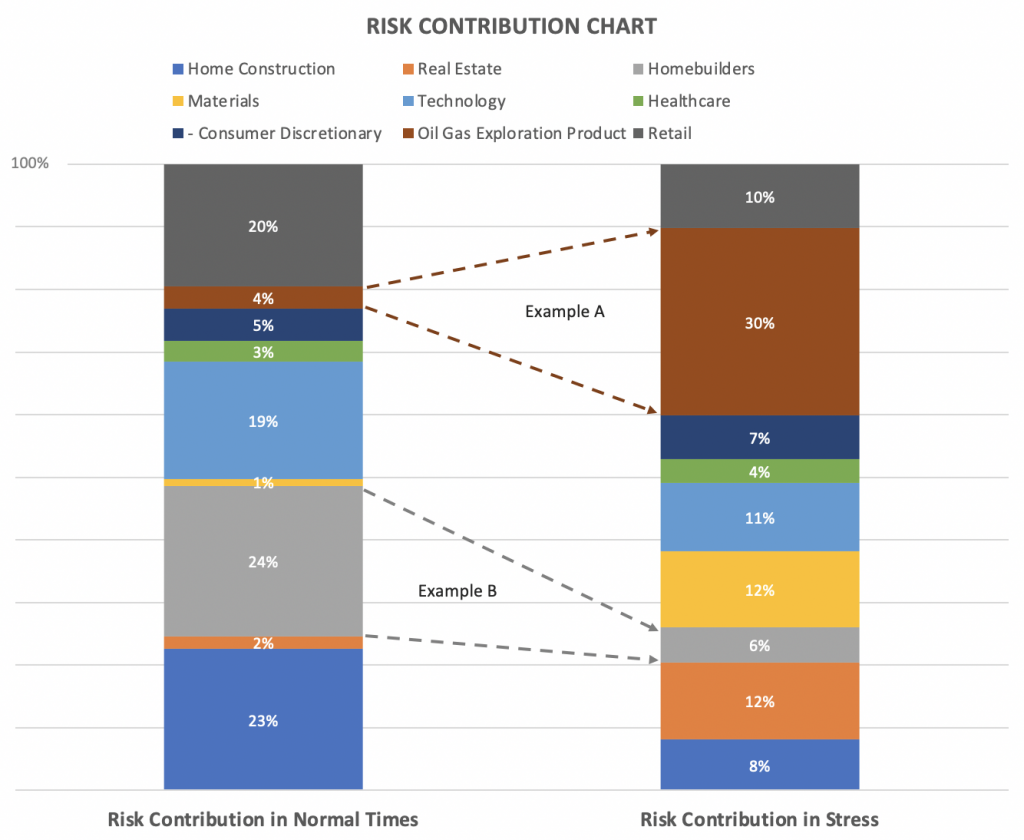 The redistribution of risk depicted in Figure 1 occurs because, in adverse conditions, smaller and riskier exposures might become highly correlated - and their combined exposure substantially exceeds the single name/industry/geography limits. EWIs can help develop contingency plans for changing these limits before it’s too late.

Traditionally, there were two extreme courses of action with respect to future uncertainty: reactive (i.e., acting after the fact, that is too late to prevent the disaster) and overly conservative (i.e., have provisions that cover even very unlikely scenarios, that is losing the competitiveness). Neither one of these alternatives is suitable for a firm.

The described here FRSA method of building thousands of possible futures allows institutions to ensure that they are better prepared for unprecedented, market-altering events.

Alla Gil is co-founder and CEO of Straterix, which provides unique scenario tools for strategic planning and risk management. Prior to forming Straterix, Gil was the global head of Strategic Advisory at Goldman Sachs, Citigroup, and Nomura, where she advised financial institutions and corporations on stress testing, economic capital, ALM, long-term risk projections and optimal capital allocation. She is also a regular columnist for GARP.